Conclusions: Step-up dosing of glofitamab allowed escalation up to 30mg to maximize efficacy, while minimizing the risk of increased CRS. High ORR and CMR rates were observed in pts with NHL who had failed several lines of treatment. Toxicity was manageable with the main safety signal being low-grade CRS observed in early cycles. Updated results will be presented at the congress which will include data from at least 50 pts receiving glofitamab step-up dosing with Gpt. 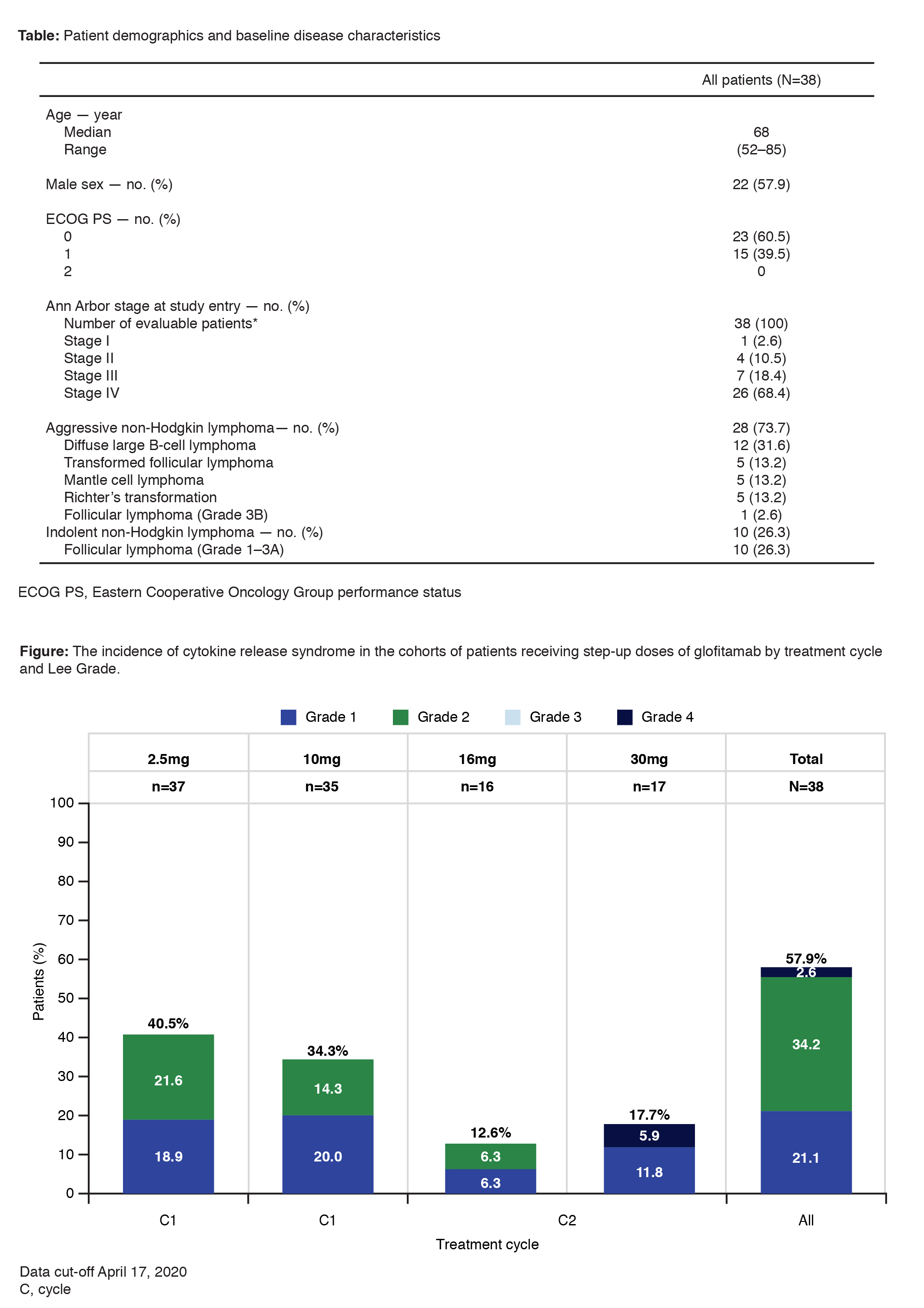