In children, current standard of care (SOC) with heparins or vitamin K antagonists is limited by the need for parenteral administration and frequent monitoring. Dabigatran etexilate (DE), a direct oral anticoagulant, is an effective oral treatment for venous thromboembolism (VTE) in adults and may be an effective and safe alternative to SOC for treating acute VTE in children.

The DIVERSITY trial evaluated the efficacy and safety of DE versus SOC, and the appropriateness of a DE dosing algorithm, in children with VTE aged from birth to < 18 years.

This was an open-label, randomized, active-controlled, multicenter, phase IIb/III trial (NCT01895777; consent obtained and ethics committee approved). Children (12 to < 18 years, 2 to < 12 years, birth to < 2 years) with an objectively confirmed VTE diagnosis and initially treated with unfractionated heparin or low-molecular-weight heparin were randomized (2:1) to DE (capsules, and child-friendly pellets and oral suspension, dosed using an age- and body-weight-adjusted dosing algorithm) or SOC, and treated for up to 3 months. The primary composite efficacy endpoint was the proportion of children with complete thrombus resolution, and freedom from recurrent VTE or VTE-related death. Safety endpoints included bleeding events and adverse events (AEs), and pharmacokinetic/pharmacodynamic (PK/PD) relationships.

This randomized trial confirmed that an age- and weight-adjusted dabigatran dosing algorithm was appropriate in children aged from birth to < 18 yrs. Dabigatran, given as either capsules or child-friendly pellets or oral suspension, was comparable with SOC in terms of efficacy for acute VTE treatment across all age groups and, notably, in vulnerable children aged < 2 yrs. 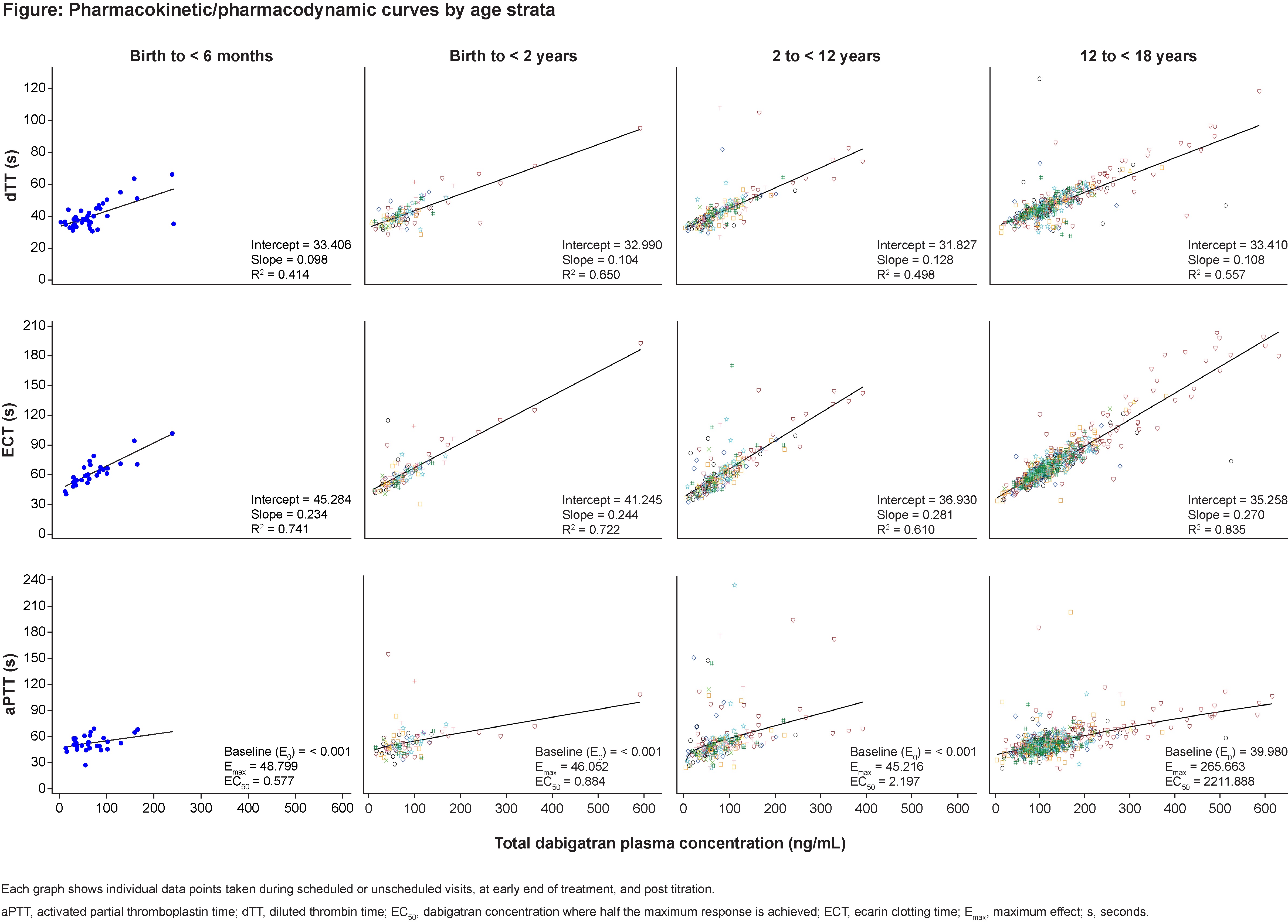