Background: To better understand the clinical practice in Germany with respect to the rapidly evolving treatment landscape, we aim to describe the characteristics and treatment patterns of patients (pts) with relapsed/refractory multiple myeloma (RRMM) in Germany.

Methods: In a national retrospective medical chart review including consecutive pts treated for RRMM in participating hospitals/centers and practices across Germany between Oct 2017 and Jun 2018, the following data were extracted from Oct 2019 to Feb 2020: pt demographics, disease characteristics, treatment history at MM diagnosis and at initiation of RRMM therapy, and distance to care. Physician’s assessment of response to therapy and minimal residual disease (MRD) testing were also collected. Because this analysis was not powered to compare between regimens or lines of therapies, results are purely descriptive.

Conclusion: This chart review indicates that pts with RRMM who underwent a MM therapy between Oct 2017 and Jun 2018 in routine practice across Germany, mostly received combination regimens with novel agents irrespective of the line of therapy. Lenalidomide is still often combined with novel agents. Patterns of treatment regimens differed by line of therapy and are adapted as disease progresses and ECOG status increases. 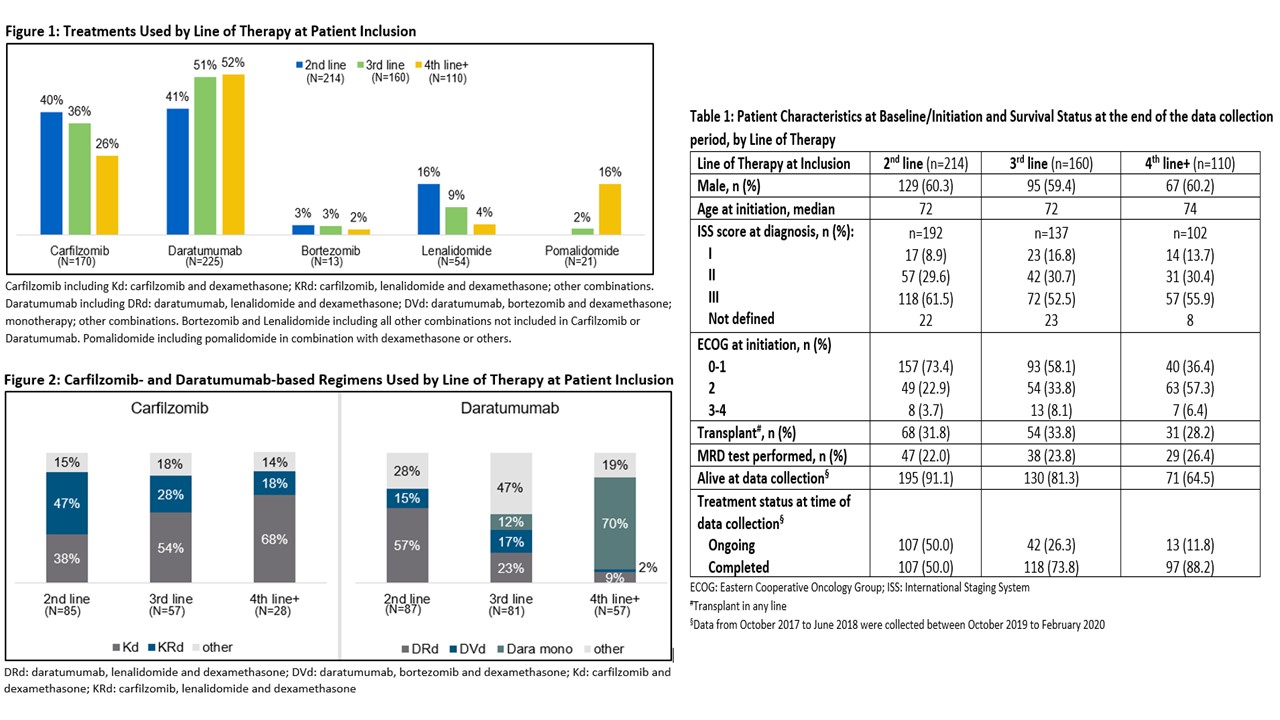