Introduction: The effect of tyrosine kinase inhibitors (TKIs) on cognition in patients with chronic myeloid leukemia in chronic phase (CML-CP) is not well understood. Memory impairments have been reported in limited studies in CML patients on dasatinib and in gastrointestinal stromal tumor patients on imatinib, but additional research is needed. At our institution, we have observed that CML-CP patients spontaneously report new cognitive dysfunction (CD) while on TKIs. We sought to determine the prevalence of CD in CML-CP patients on TKIs, the TKIs associated with cognitive changes, and the management and outcomes of CML-CP patients with CD at our institution.

Methods: We performed a single-center, retrospective cohort study of active CML-CP patients in our Hematology clinic seen between January 2017 and December 2019. Patients were identified by ICD-10 codes and chart notes were reviewed for treatment course. Patients met criteria for CD if they reported new difficulties with cognition while on TKI treatment (as documented in the subjective or review of systems) and had no prior history of cognitive impairment. Descriptive statistics, Chi-square tests, and two-tailed t-tests were used to summarize the data.

Conclusion: Cognitive dysfunction in CML-CP patients was reported with all first- and second-generation TKIs; the analysis of ponatinib was limited by small numbers. Bosutinib had the highest proportion of CD in our cohort, an association that has not been previously reported. Our analysis supports that TKI-associated CD is reversible since it resolved in 78.6% (n=11/14) patients when off of TKI during discontinuation. While 13.4% of our CML-CP patients had CD, due to spontaneous reporting and subtle presentation of cognitive impairment, the true prevalence of CD in CML-CP patients on TKIs is likely substantially higher. Future studies should involve prospective data collection of objective cognitive testing and patient reported outcomes in CML-CP patients for further evaluation of TKI-associated cognitive dysfunction. 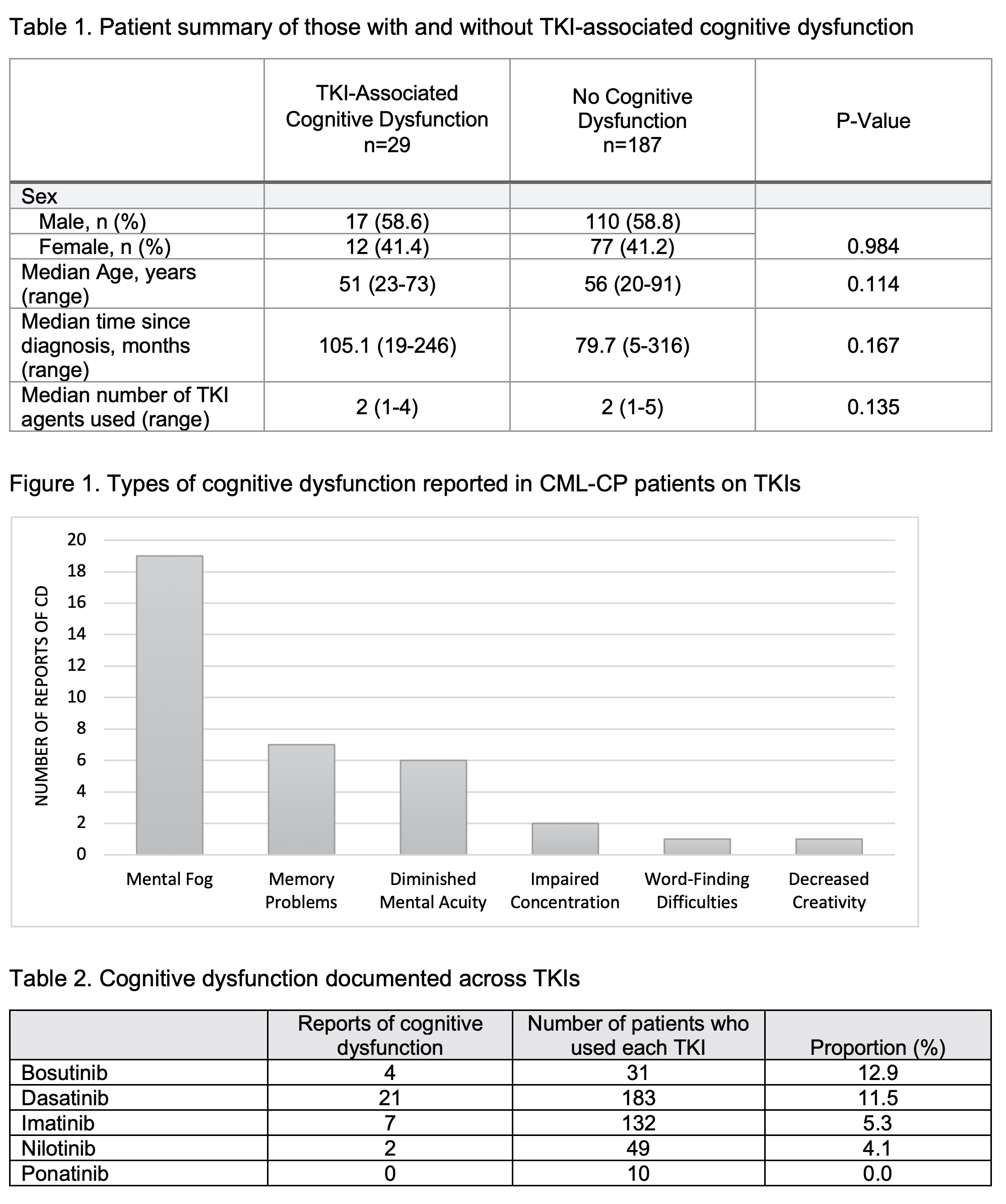