Primary plasma cell leukemia (pPCL) is a rare and aggressive disease comprising 1–5% of all plasma cell dyscrasias. Although historically pPCL has been defined by circulating plasma cells (CPCs) ≥ 20% and 2.0 × 109/L, many series require only one of these two criteria for diagnosis. Over time there has been a pressing need to change the definition further in order to capture patients at an earlier stage of the disease. Recent studies have shown that multiple myeloma (MM) patients who have CPCs ≥ 5% but < 20% at diagnosis have similarly poor outcomes. These thresholds for defining pPCL have not been studied in the current era of novel agents. While bortezomib-based regimens have been shown to extend pPCL patient survival, studies with next-generation agents such as carfilzomib (CFZ), pomalidomide, and daratumumab (DARA) are still scarce.

In the era of next-generation novel agents, overall and progression-free survival of pPCL and MM-CPC patients are similar. Patients exposed to DARA or CFZ have an improved survival compared to those who did not receive these drugs. ASCT is also associated with a superior survival over those who did not receive a transplant. Further studies are needed to evaluate the efficacy of these next-generation drugs in this patient population. 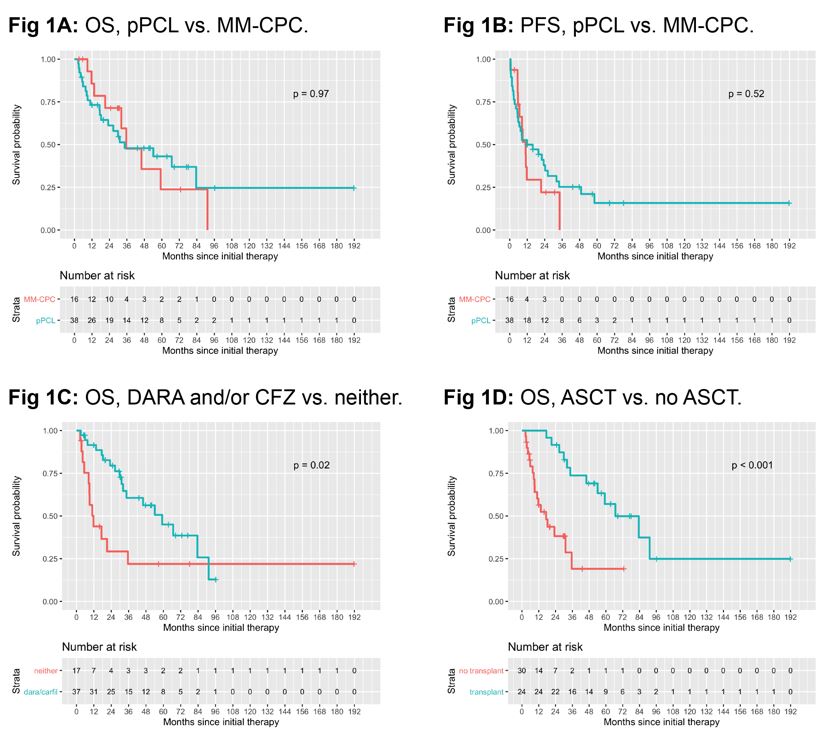