A mouse model of complement TMA was developed. To provoke complement TMA, wild-type (WT) C57BL/6J mice (purchased from Jackson Laboratories) were injected intraperitoneally with 5 mg/kg of the inflammatory endotoxin lipopolysaccharide (LPS). Twenty-four hours after injection of either LPS or saline (control), markers of complement TMA—lactate dehydrogenase (LDH), creatinine, platelet count, and complement activation by a rabbit erythrocyte (ER) lysis assay—were measured. ER specifically activate the AP in mammalian plasma in the presence of Mg/EGTA, and the resulting lysis is an indicator of the extent to which complement components have been consumed in vivo: low ER lysis in vitro indicates high complement activation in vivo.

To assess the role of VWF in AP activation in vivo, VWF-/- mice (purchased from Jackson Laboratories on a C57BL/6J background) were injected with 5 mg/kg LPS to induce complement TMA. Twenty-four hours after injection, plasma ER lysis was measured and compared to ER lysis in LPS-injected WT C57BL/6J mice. Other markers of complement TMA, including LDH, creatinine, and platelet count, were also measured in both LPS-injected VWF-/- and WT C57BL/6J mice.

In this study we demonstrated that VWF was important in complement activation and provocation of TMA in a complement TMA murine model. These data are the first step toward a better understanding of VWF’s role in complement TMA and may lead to the development of therapeutics that inhibit inflammation, VWF release, or VWF-complement binding to curb AP activation in aHUS and TA-TMA, thereby preventing devastating outcomes. Further study is necessary to delineate the precise mechanisms of VWF-mediated AP activation and TMA development so that these treatment modalities may be explored. 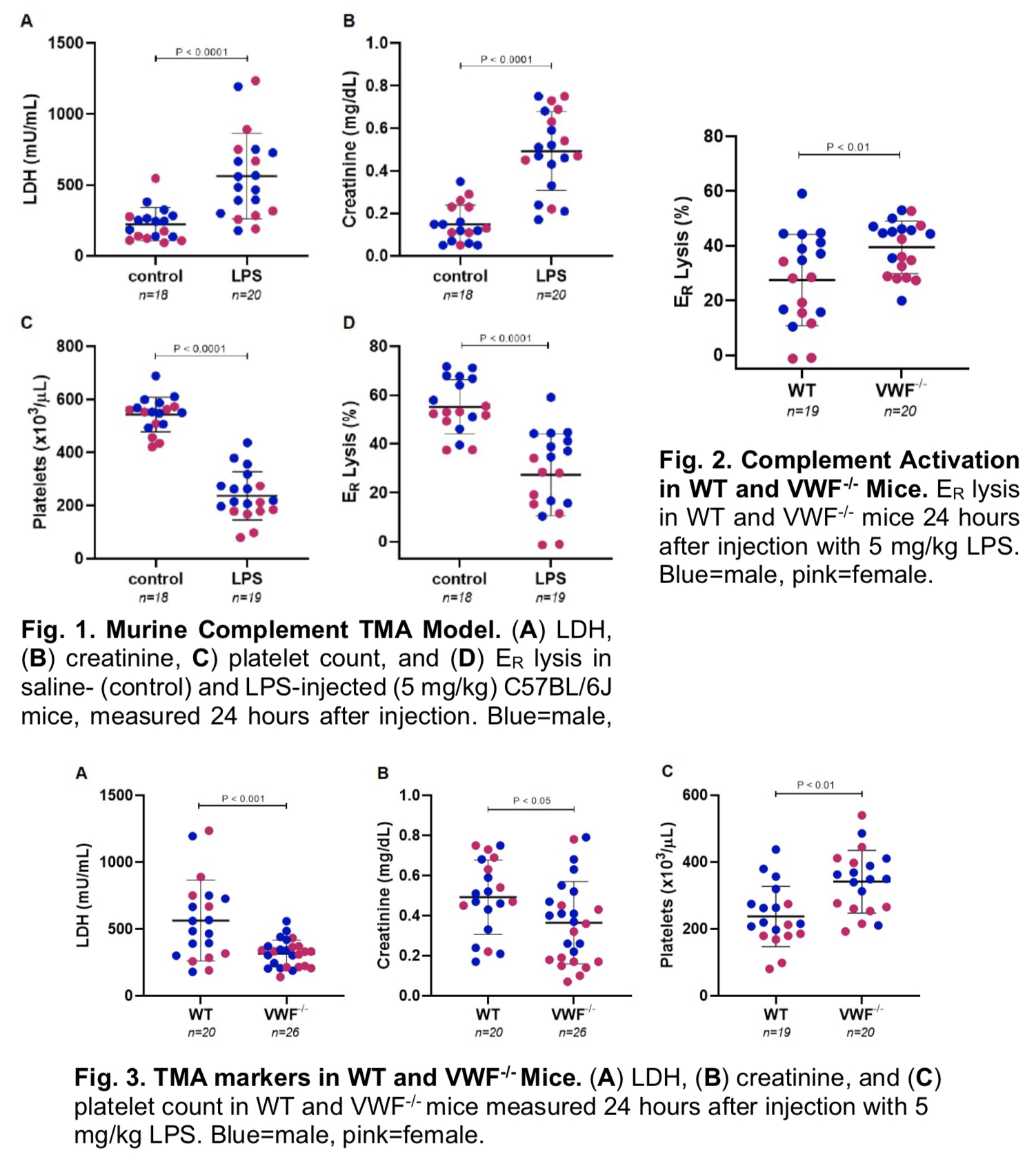