2522 Under-Use of Hypomethylating Agents in Patients with Higher-Risk Myelodysplastic Syndrome in the United States: A Large Population-Based Analysis

Introduction: Hypomethylating agents (HMAs) are recommended treatment for higher risk myelodysplastic syndromes (HR-MDS) patients. HMA treatment for ≥4 cycles are required to assess clinical response. However, recurrent cycles of intravenous/subcutaneous HMA treatment is associated with logistical difficulties resulting in treatment under-use/non-persistence. The objective of this study was to assess the degree of HMA use and predictors of HMA underuse in this population.

Methods: This was a retrospective study using the Surveillance, Epidemiology and End Results-Medicare linked database. The study included patients diagnosed with refractory anemia with excess blasts (RAEB) form of MDS between 01/2011 and 12/2015. The RAEB form of MDS was used as a surrogate to identify higher-risk MDS patients based on International Prognostic Scoring System (IPSS). Patients were excluded if they had <1 year of continuous enrollment before diagnosis, received stem cell transplant, or lenalidomide during the follow-up period. HMA non-persistence was defined as use of <4 cycles (3–10 HMA days/28 days) of HMAs or a gap of ≥90 days between consecutive cycles. Patients were characterized as HMA never-users; HMA persistent users; and HMA non-persistent users. Descriptive statistics were used to summarize patient characteristics. Predictors of HMA underuse and persistence were assessed using multivariable logistic regression. The overall survival (OS) was calculated using Kaplan-Meier test.

Conclusion: Several demographic and clinical factors were associated with underuse of HMA. There is need for a better understanding of suboptimal HMA use and its relationship with clinical response. Study findings also reinforce the need for interventions to improve persistence to HMA treatment as a part of overall disease management. 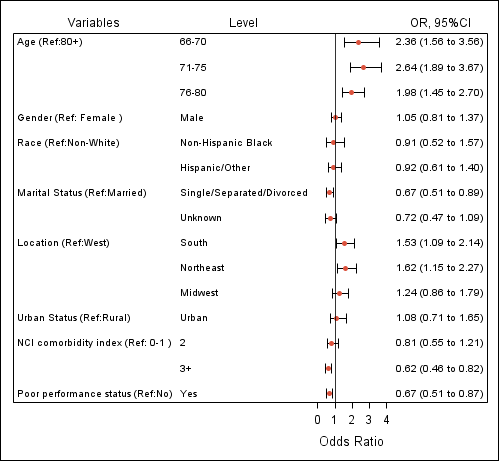