Background: The combination of carfilzomib with immunomodulatory drugs (IMiDs) and dexamethasone is active in multiple myeloma (MM). Carfilzomib, thalidomide, and dexamethasone (KTd) has been studied in upfront MM treatment but has not been studied in the setting of relapsed/refractory myeloma (RRMM). The ALLG MM018/ AMN002 is an open-label phase II study of KTd in patients with RRMM. This study was conducted across 16 sites across Australia, New-Zealand, Singapore, South Korea and Taiwan.

Conclusion: The ALLG MM018/AMN 002 study has met its primary endpoint. The KTd schedule as outlined in this study is efficacious in patients with RRMM, resulting in a prolonged PFS and a safety profile in line with previous reports for each of carfilzomib and thalidomide. KTd is an active option in jurisdictions where the cost of other IMiDs prohibits regulatory funding. Comparisons of efficacy and adverse events between the Caucasian and Asian populations will be presented at the meeting. 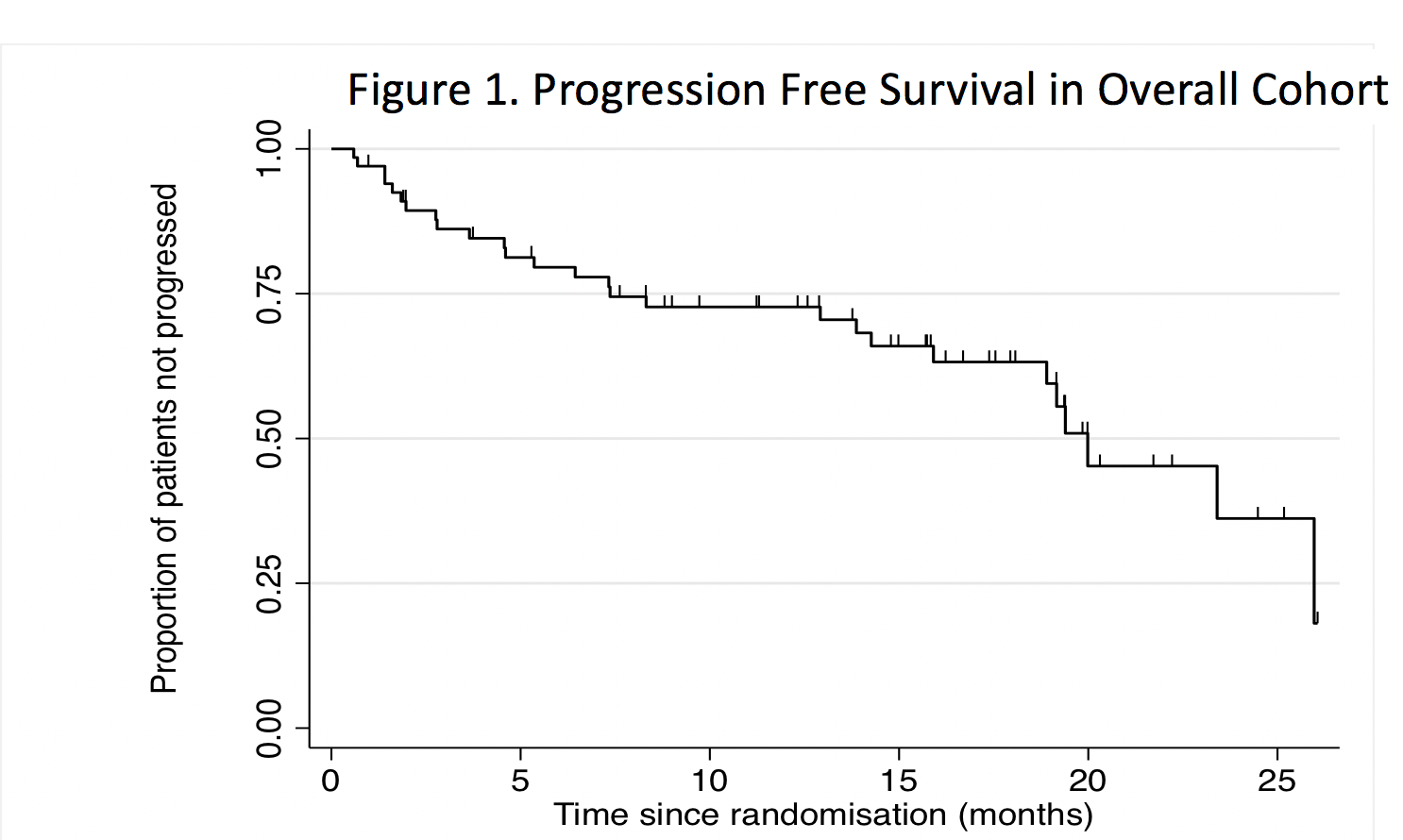