Background: The clinical features and prognosis of adult Langerhans cell histiocytosis (LCH) remained poorly defined. Although recurrent somatic activating mutations of BRAFV600E and additional genetic drivers of MAPK pathway had been discovered in LCH, most genomic analyses were from children and the spectrum of genetic alterations and the impact of these genetic mutations on clinical presentation in adult LCH remains elusive. To address these questions, we retrospectively studied the clinical features, organ involvement, treatment approaches, genomic analyses and outcomes of adult LCH patients in our center.

Methods: Patients diagnosed with LCH between January 2001 and June 2020 at Peking Union Medical College Hospital were included in this retrospective study. BRAF or MAP2K1 mutation was detected by a custom-designed NGS panel. Patients were classified according to the number of systems involved: SS-s, one lesion in a single system; SS-m, multiple lesions within one single system; and MS, multiple systems involved. The overall survival (OS) was defined as the duration from the diagnosis of LCH to the date of death. The event free survival (EFS) was defined as the duration from the initiation of treatment for LCH to reactivation after treatment and death from any cause.

Conclusion: We first found more than 25% of adult LCH patients carried BRAF deletion (BRAF N486_P490 or BRAF N486_P491delinsS), which was related with MS and liver involvement. Also, we demonstrated that liver and spleen involvement indicates a worse prognosis in adult LCH, age older than 30 years at diagnosis predicted favorable EFS and a cytarabine-based regimen should be considered as a first-line treatment for adult MS or SS-m LCH patients. 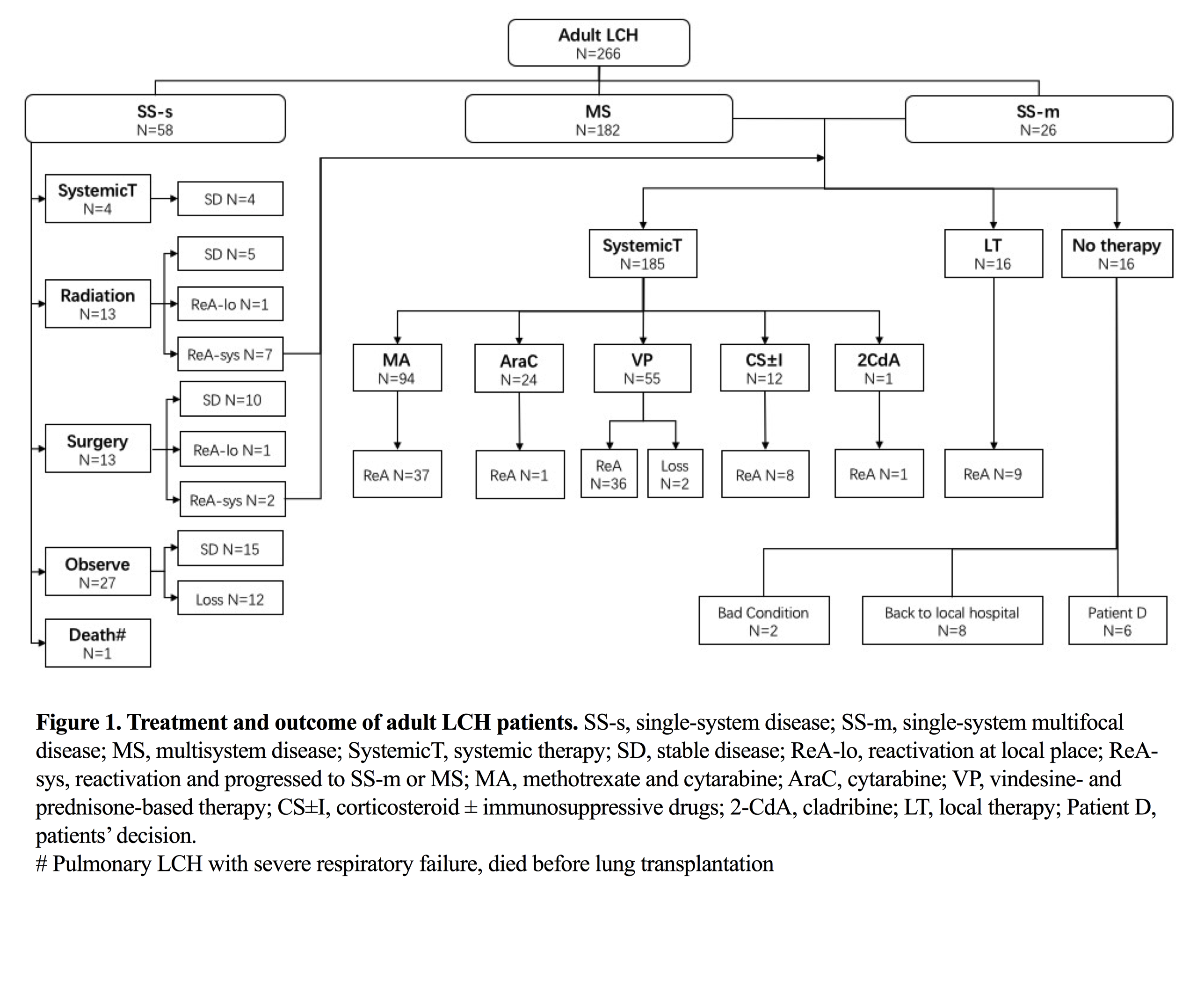