Risk factors for cancer-associated venous thromboembolism (CAT) include tumor type, stage at diagnosis, age, and patient comorbidities. In the general population, race/ethnicity has been identified as a risk factor for venous thromboembolism (VTE), with an increased risk of VTE in African Americans (AA) and a lower risk in Asians/Pacific Islanders (API) and Hispanics compared to non-Hispanic Whites (NHW) after adjustment for confounders such as demographic characteristics and patient comorbidities. However, the impact of race/ethnicity on the incidence of CAT has not been as well-studied.

In this large, diverse, population-based cohort of cancer patients, race/ethnicity was associated with risk of CAT even after adjusting for cancer stage, type of treatment, sociodemographic factors, and comorbidities. Overall, AA had a significantly higher incidence and API had a significantly lower incidence of CAT than NHW. These racial/ethnic differences were especially prominent when examining PE only, and PE appears to be the main driver for the racial differences observed in overall rates of CAT. Current risk prediction models for CAT do not include race/ethnicity as a parameter. Future studies might examine if incorporation of race/ethnicity into risk prediction models for CAT may improve their predictive value, as this may have important implications for thromboprophylaxis in this high-risk population. 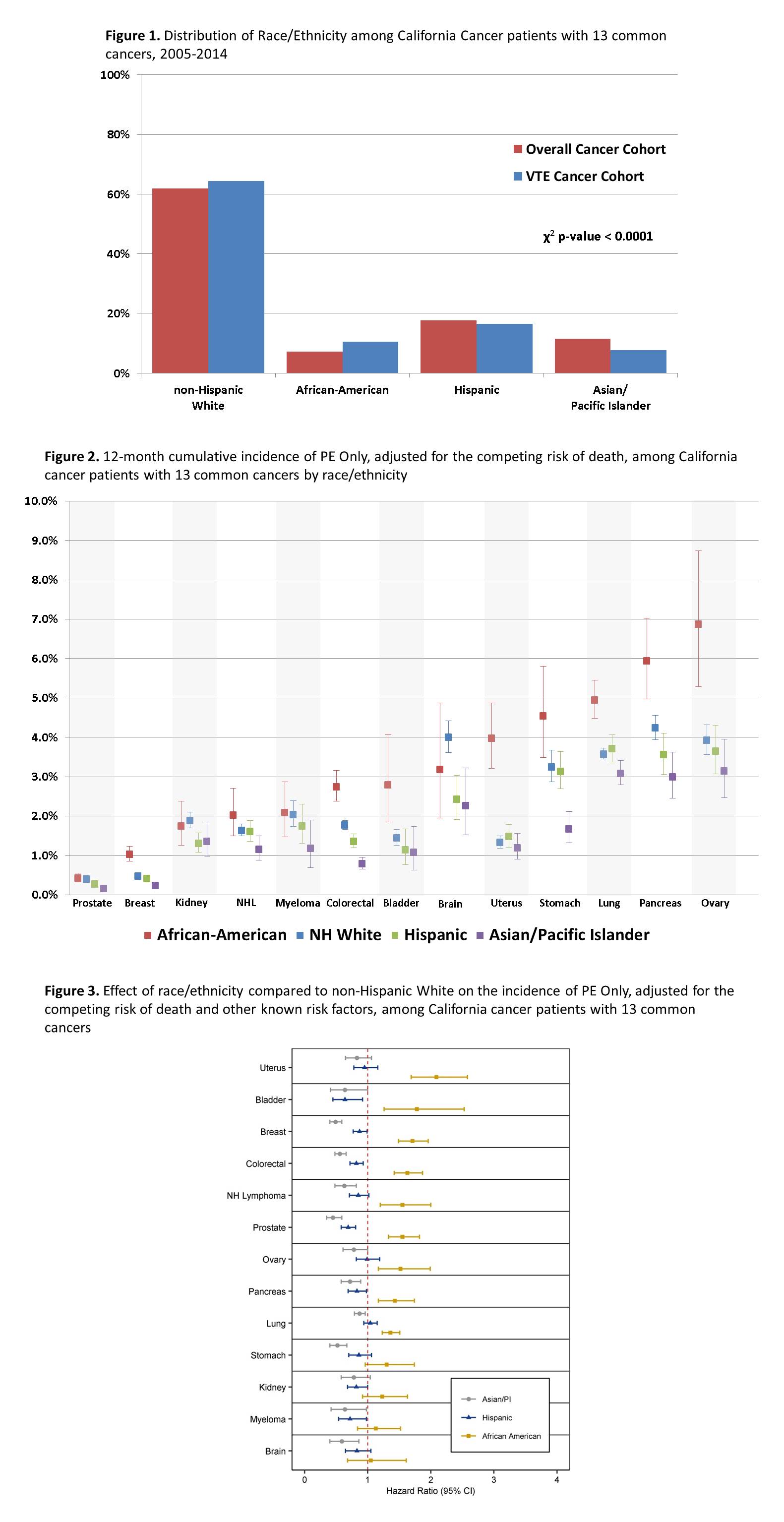