Conclusions: For the first time, our data have unveiled the nature of the T cell repertoire in cHL at single cell resolution. Our results reveal a recurrent pattern of clonal expansion within effector CD8+ cells, which may be the HRS antigen-specific T cells that mediate response to PD-1 blockade. This hypothesis requires confirmation through similar analyses of pre- and on-treatment biopsies of cHL patients receiving anti-PD-1 therapy. 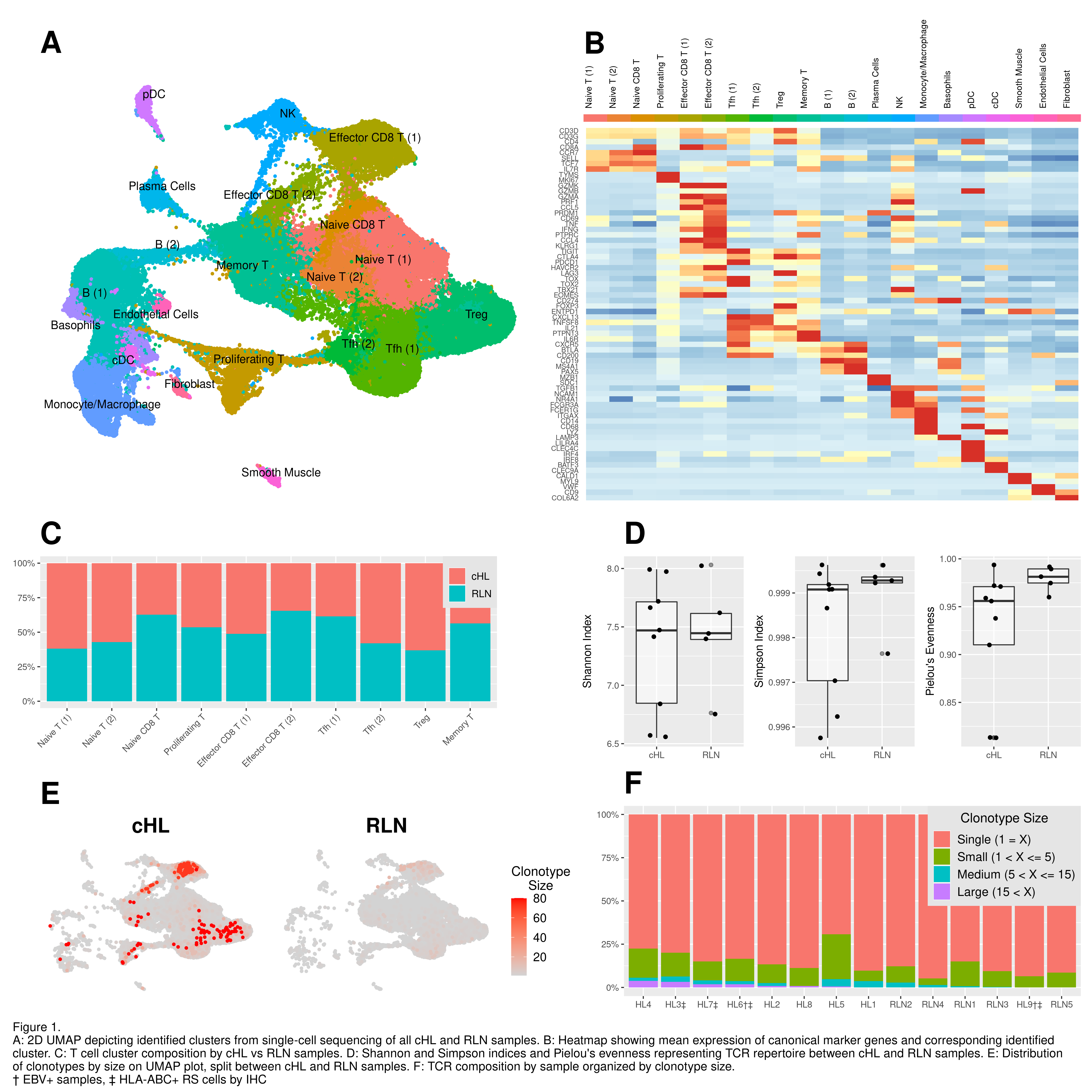