3449 An Insight into the Impact of Hemophilia a on Daily Life According to Disease Severity: A Preliminary Analysis of the CHESS II Study

Introduction: Hemophilia A (HA) is a congenital bleeding disorder caused by a deficiency in clotting factor VIII (FVIII). There are currently limited data on the impact of HA on daily life. Here we examine the impact of HA on the daily life of adult persons with HA (PwHA) without current FVIII inhibitors according to disease severity.

Methods: The Cost of Haemophilia in Europe: a Socioeconomic Survey II (CHESS II) is a retrospective, burden-of-illness study in adults with mild, moderate, and severe HA or hemophilia B (defined by endogenous FVIII/IX [IU/dL] relative to normal; mild, 5–<40%; moderate, 1–5%; severe, <1%); this analysis includes only PwHA. Male participants (aged ≥18 years) diagnosed with HA (without FVIII inhibitors) at least 12 months prior to clinical consultation were enrolled from Denmark, France, Germany, Italy, the Netherlands, Romania, Spain, and the UK. Data on clinical outcomes and healthcare resource utilization were captured via electronic case report forms disseminated to hemophilia specialists. PwHA completed a paper-based questionnaire utilizing 5-point Likert scales to assess the disease burden on their daily life. Overall, 12 months’ retrospective data were examined. Informed consent was obtained and the study was approved by the University of Chester ethical committee.

Conclusions: In all disease severity groups, there was a notable group of PwHA that felt that they have had to reduce their physical and social activity, have had fewer opportunities and are frustrated due to their disease. While the impact on daily life is most pronounced in people with severe HA (including those receiving on-demand treatment and those receiving prophylaxis), it is also apparent in mild and moderate HA, indicating that there may be an unmet medical need in these groups. 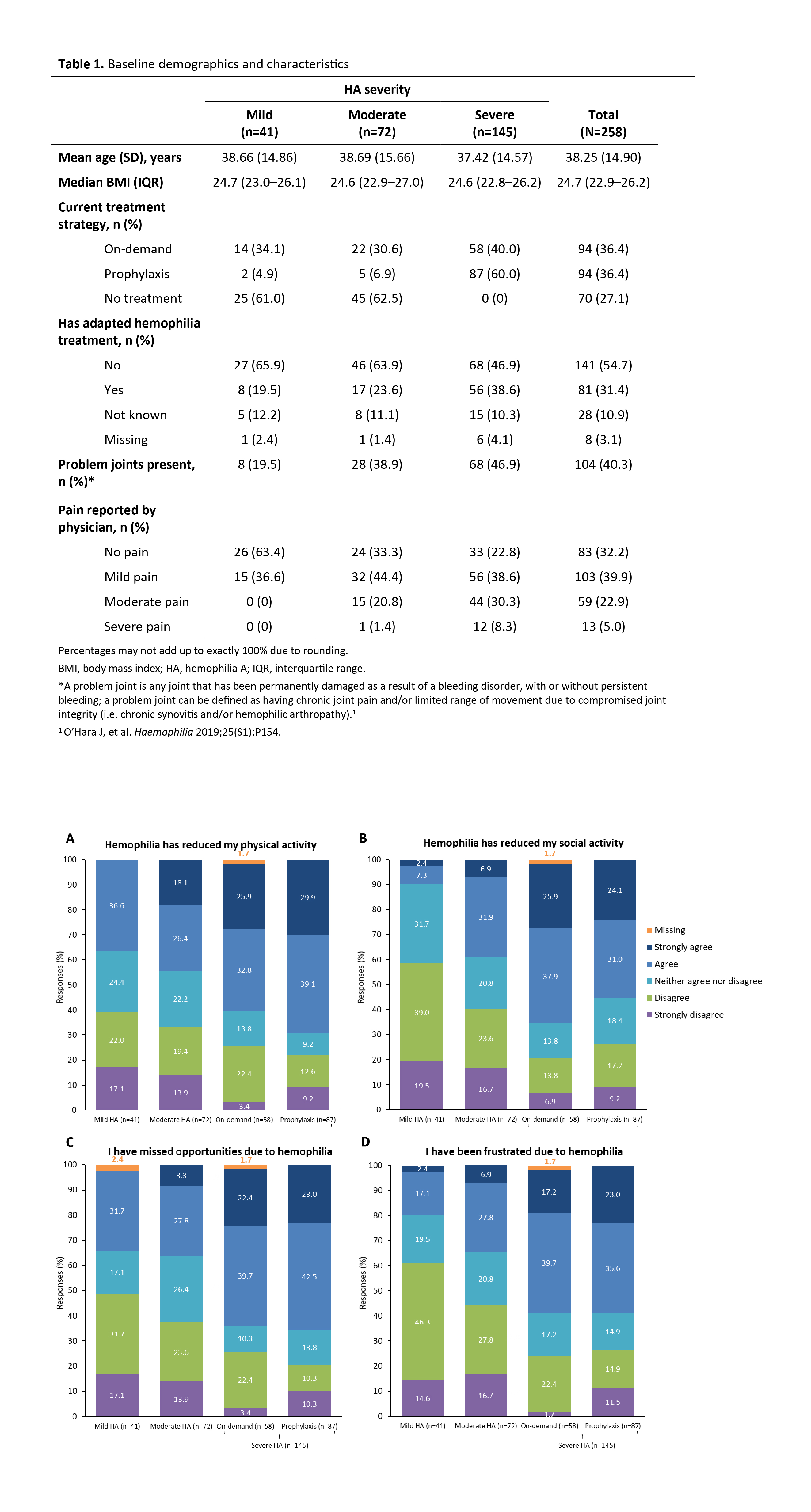