Introduction: Autoimmune thrombotic thrombocytopenic purpura (aTTP) is a severe disease caused by the production of autoantibodies against von Willebrand factor (vWF)-cleaving ADAMTS13 (a disintegrin and metalloproteinase with thrombospondin-1 motifs; 13th member of the family). Without functional ADAMTS13, endothelial cells-derived unusually large vWF (ULVWF) multimers are present and are responsible for platelet clumping in the microvasculature. Plasma exchange (PE) and immunosuppressive therapy with steroids and rituximab are the milestones of the treatment of this disease. Moreover, in 2018, nanobody caplacizumab was approved for the treatment of adult patients with an acute episode of aTTP. Our objective was to retrospectively review the efficacy and safety of the current use of caplacizumab in Spain.

Methods: We collected demographic, clinical, and laboratory data of patients with aTTP who were reported in the TTP Spanish Registry from 15 centres between July 2018 and July 2020. All patients were diagnosed with aTTP because of the presence of microangiopathic hemolytic anemia (MAHA), thrombocytopenia, organ dysfunction, ADAMTS13 activity less than 5% and the presence of ADAMTS13 autoantibodies. Qualitative data are presented as number (frequencies). Quantitative data are presented as mean ± standard deviation (SD) or median (interquartile range –IQR-) when appropriate. A correlation test was performed to determine the linear relationship between number of days since diagnosis to caplacizumab start and number of days since diagnosis to the first day with >150x109/L platelets. 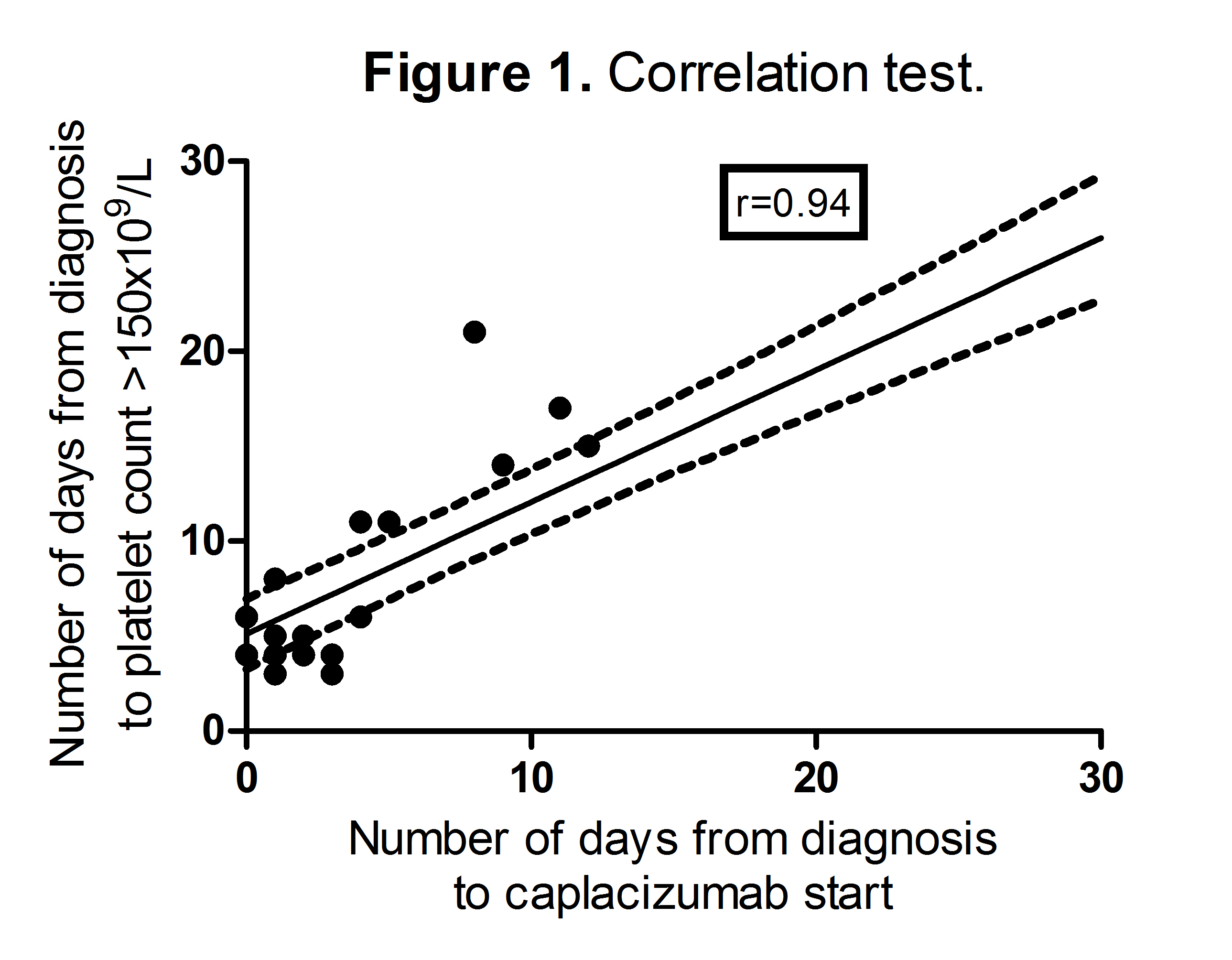