Background: Despite therapeutic advances in classical Hodgkin lymphoma (cHL), only half of patients with relapsed/refractory (R/R) cHL are cured with salvage chemotherapy followed by stem cell transplantation (SCT). Most studies to date have been undertaken in Europe or North America and data on treatment patterns and clinical outcomes from other regions are limited. We present the results from the B-CD30+ HOdgkin Lymphoma International Multi-center Retrospective Study of Treatment PractIces and OutComes (B-HOLISTIC), which assessed cHL treatment pathways, clinical outcomes and healthcare resource utilization across East Asia, Latin America, Middle East, South Africa, Australia and Russia (data as of 04 March 2020).

Conclusion: Results from B-HOLISTIC show that PFS rates remain low in patients with R/R cHL receiving salvage therapy; the greatest risk was among patients with inadequate response to salvage chemotherapy. The low PFS rates highlight the importance of considering novel targeted therapies to address unmet medical needs. PFS rates in patients with cHL were comparable with previous studies from Italy, Spain, and Israel (Avigdor A et al. EHA 2020) and the ECHELON-1 study (Bartlett NL et al. ASH 2019). The higher OS rates compared to PFS rates may be related to the effect of modern salvage regimens. Approximately half of patients with R/R cHL underwent SCT which may support the use of targeted therapies. Overall, these results from 2010–2013 show that despite the differences in healthcare systems, ethnicities and treatment patterns in B-HOLISTIC, clinical outcomes remain consistent. The authors note that given that the management of high-risk cHL has changed dramatically since 2013, further investigation in diagnostic criteria, response assessment and treatment patterns is needed. 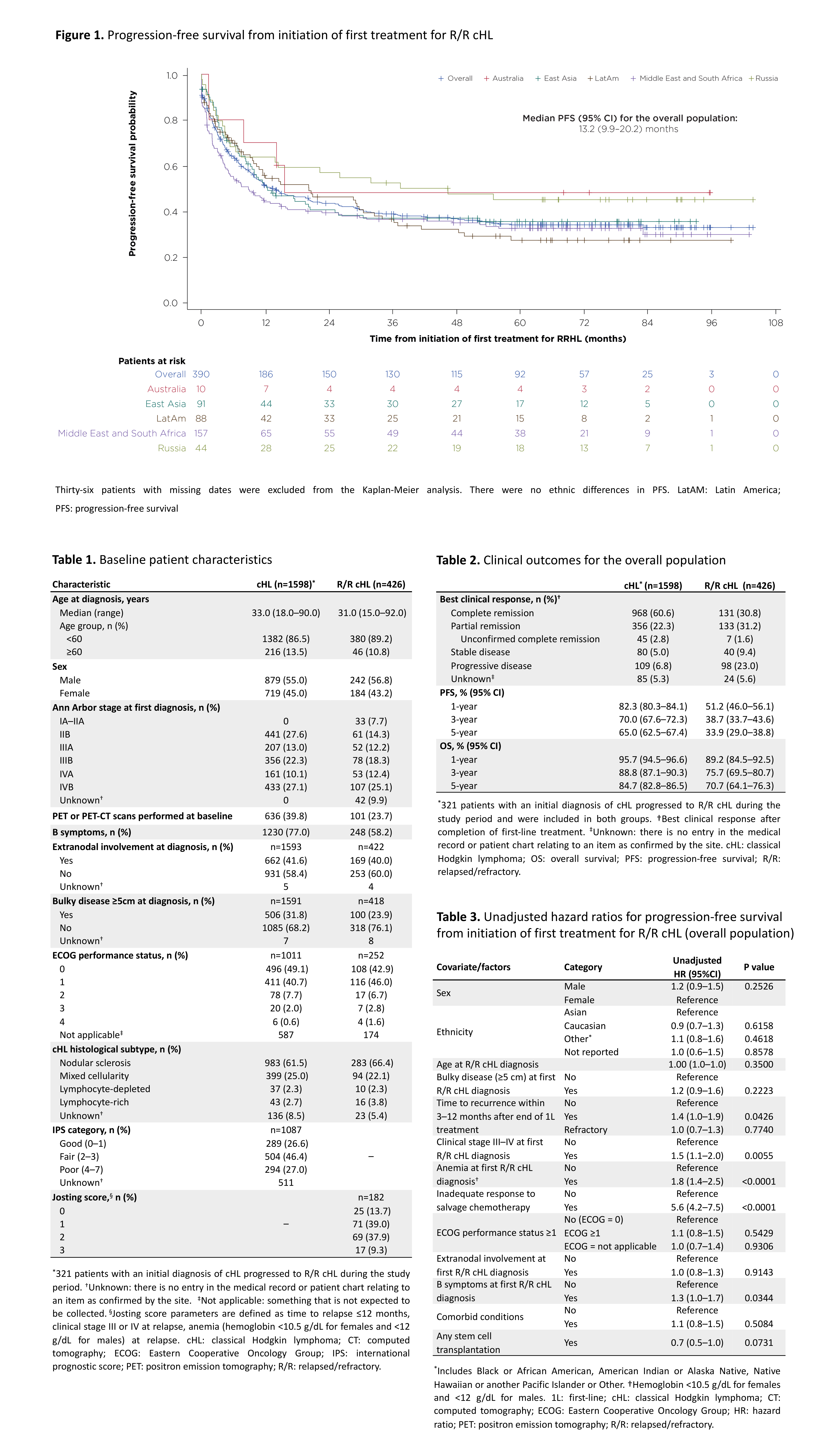