Lymphoid enhancer binding factor (LEF1) is a crucial nuclear mediator of the Wnt/ β-catenin pathway and a transcription factor involved in T-cell maturation. However, limited data exists on the association of LEF1 in T-cell lymphomas, including ALCL. The aims of this study were to explore LEF1 expression by immunohistochemistry in different subsets of ALCLs and to analyze the association of Wnt/ β-catenin pathway in this cohort.

Methods: After approval by the institutional review board, we screened pathology reports from January 1, 1995 to December 31, 2019 and identified patients with a diagnosis of ALCL using our institutional database. Details on fluorescence in situ hybridization studies in ALK-negative cases were documented. Immunostaining for LEF1 and β catenin was performed on all cases where formalin fixed paraffin embedded tissue was available. The presence or absence of β catenin nuclear staining was recorded. LEF1 nuclear staining in the neoplastic ALCL cells was graded as negative (0), weak (1+), intermediate (2+) or strong (3+) and the percentage of LEF1-positive neoplastic cells was detailed (Figure 1). LEF1 scoring was performed by manual counting of the stained nuclei out of all tumor nuclei by two pathologists (A.R. and M.S.) and the grading was reviewed by another pathologist (P.J.K.). 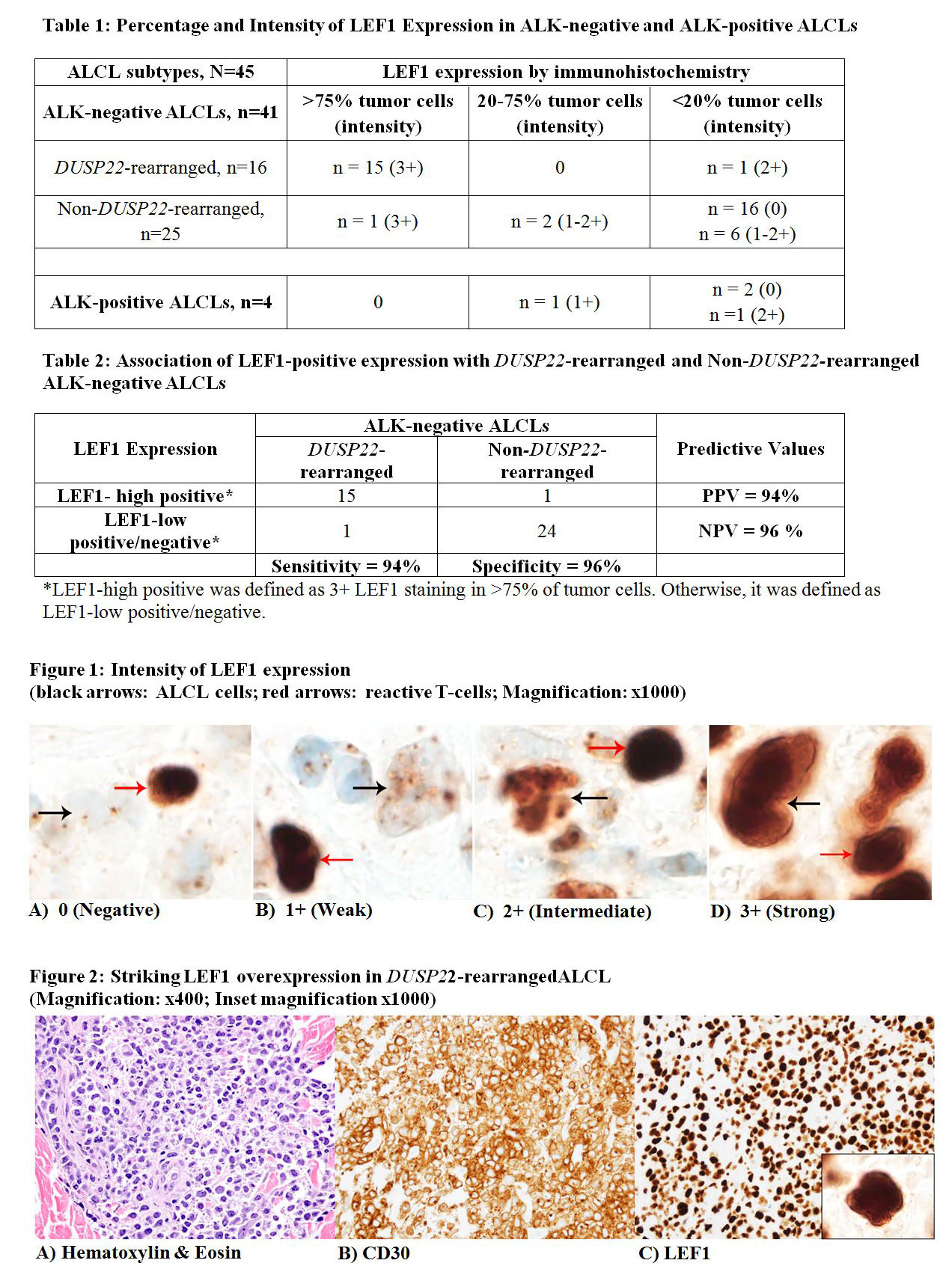