Philadelphia chromosome-like acute lymphoblastic leukemia (Ph-like ALL) is a high-risk subtype of ALL associated with high relapse rates and poor survival. Rearrangements of Janus kinase 2 (JAK2r) are present in approximately 5% and 14% of pediatric and young adult Ph-like ALL cases respectively. The resultant JAK2 gene fusions drive leukemogenesis through constitutive activation of the JAK/STAT signaling pathway and are associated with very poor outcomes in patients with Ph-like ALL. All JAK inhibitors in clinical development are type I inhibitors, which bind in the ATP-binding site of JAK2. A phase II clinical trial is currently assessing the only FDA-approved JAK1/2 inhibitor, ruxolitinib in high-risk B-cell ALL cases harboring JAK2 alterations. The development of treatment resistance to targeted inhibitors in other diseases is well documented and often results in disease relapse. Elucidating mechanisms of ruxolitinib resistance in JAK2r ALL will inform approaches to monitor the emergence of resistance in ongoing clinical trials and enable the development of therapeutic strategies to overcome or avert resistance.

This study demonstrates that the JAK2 ATP-binding site is susceptible to JAK inhibitor resistant mutations following ruxolitinib exposure in the setting of JAK2r ALL, highlighting the importance of monitoring the emergence of mutations within this region. In addition to previously described mutations we identified a novel JAK2 p.G993A mutation that conferred resistance to both type-I and type-II JAK inhibitors. The JAK2 p.G993A mutation was postulated to modulate the stability of a conserved domain. Understanding mechanisms of ruxolitinib resistance, as modelled here, has the potential to inform future drug design and the development therapeutic strategies for this high-risk cohort. 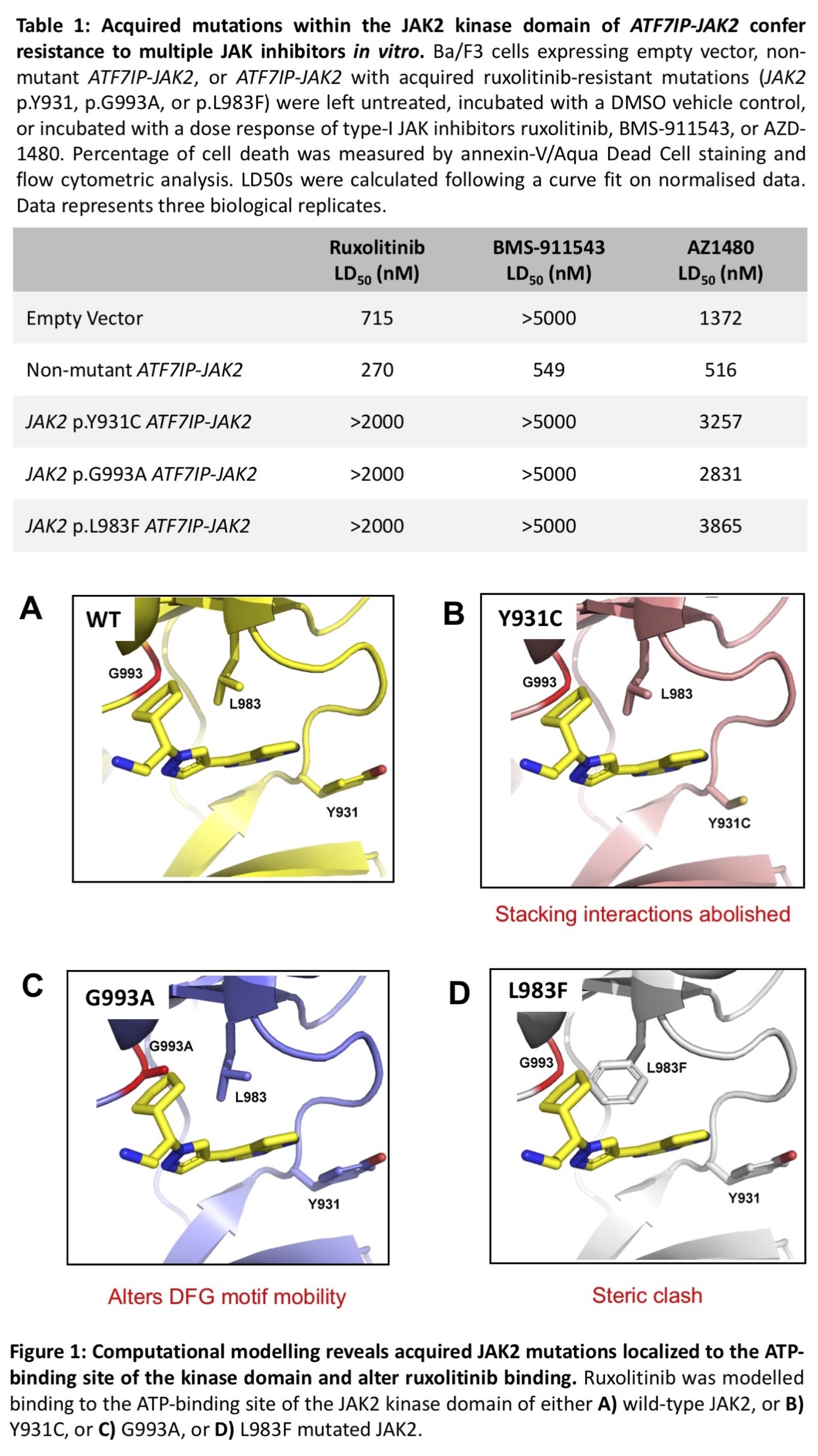