Background: Midostaurin (M) is a multi-targeted small molecule FLT3 inhibitor which has single agent activity in both internal tandem duplication (ITD) and tyrosine kinase domain (TKD) mutant FLT3 AML. The objective of this global rand phase III trial was to determine if the addition of M to ind and consol therapy followed by one year of maint would improve overall survival (OS) compared to standard chemotherapy in younger adults with activating FLT3 muts.

Conclusions: The C10603 trial demonstrated that a prospective trial in a pre-therapy genetically defined subgroup of AML pts was feasible and  that the addition of the multi-kinase inhibitor M to standard chemotherapy and for one year of maint therapy significantly improved EFS and OS (in both uncensored and censored for transplant analyses) in pts whose blasts had a TKD or ITD (low or high FLT3 mut burden). These findings may lead to improved outcomes through the use of M as a component of therapy in younger adults with mutant FLT3 AML. 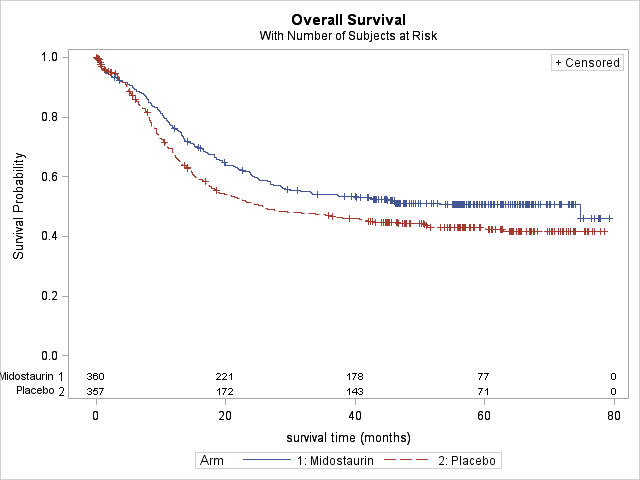 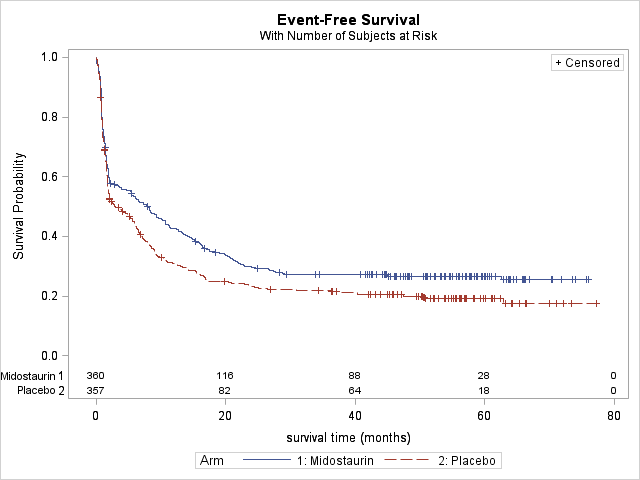 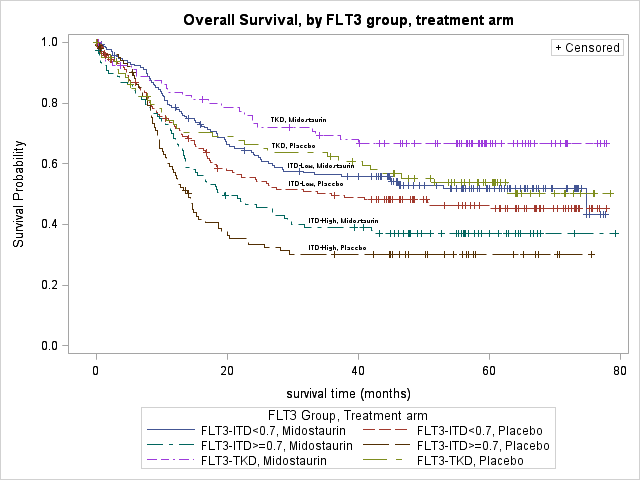