754 Second Primary Malignancy Incidence in Patients Receiving Lenalidomide at Induction and Maintenance; Long-Term Follow up of 4358 Patients Enrolled to the Myeloma XI Trial

Early trials of long-term lenalidomide (len) use reported an increased incidence of second primary malignancies (SPM), including acute myeloid leukaemia and myelodysplastic syndrome. Later, meta-analysis suggested the link to be secondary to len in combination with melphalan. Here we address the impact of len on SPM development when used at induction and maintenance, profiling SPM type and incidence in 4358 patients treated in the UK NCRI Myeloma XI trial, in which len was used at induction and maintenance, in transplant eligible (TE) and non-eligible (TNE) newly diagnosed patients. 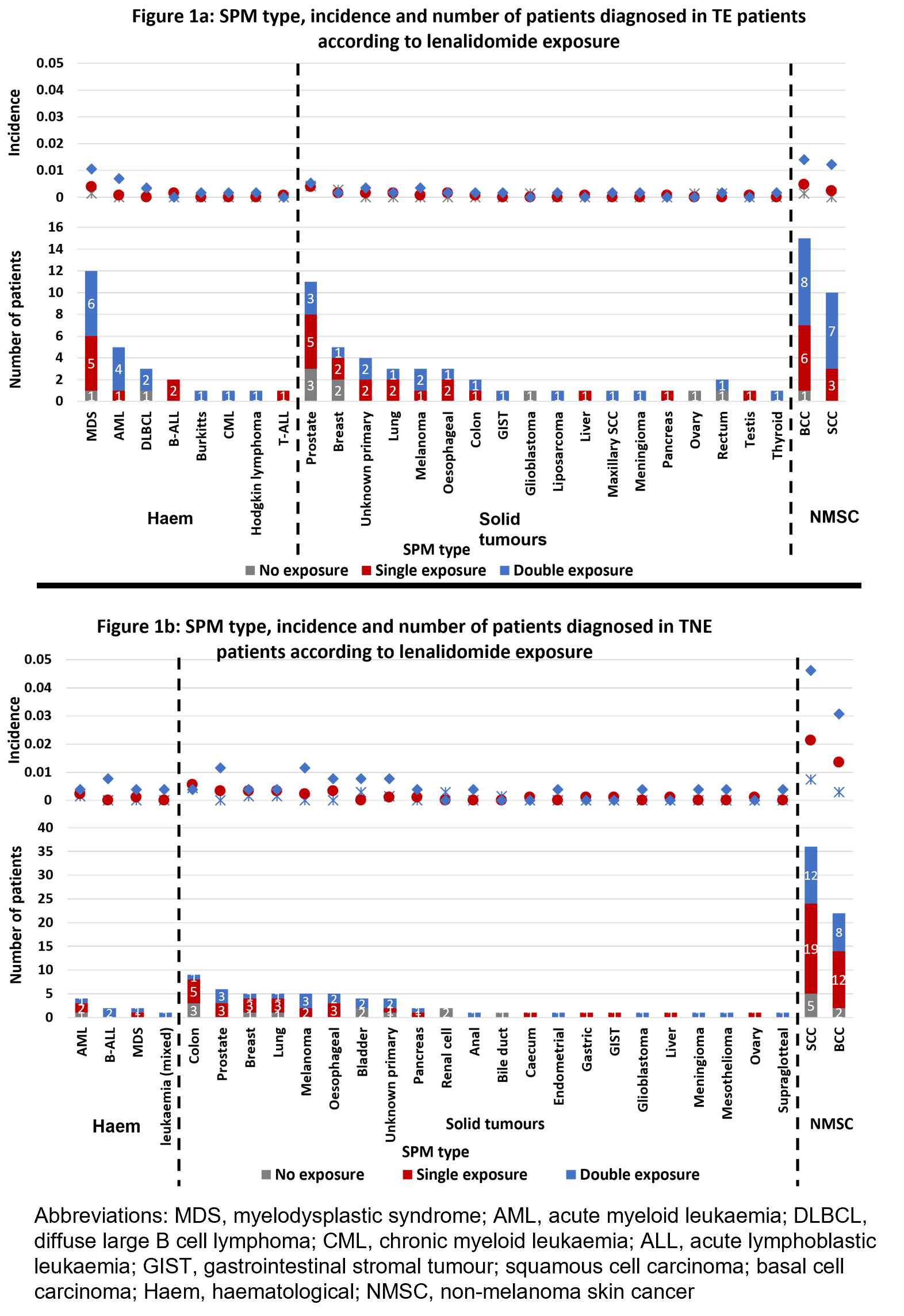