Introduction: Post-transplant cyclophosphamide (PTCy) is a commonly used prophylactic therapy for graft-vs-host disease (GVHD), particularly in the setting of haploidentical (haplo) transplantation. Despite prior studies showing comparable survival outcomes when compared to HLA matched unrelated donor transplantation (MUD-HCT) using traditional calcineurin inhibitor based GVHD prophylaxis, the rate of graft failure has been reported to be as high as 12-20% in haplo-HCT recipients. In the current study, we report the impact of PTCy on engraftment failure and overall mortality in AML, ALL and MDS patients after haplo vs MUD HCT receiving a uniform PTCy GVHD prophylaxis to determine if excess late graft failure is due to PTCy, donor source or a combination of both factors.

Conclusion: In this registry-based analysis of patients undergoing reduced intensity transplant for AML, ALL or MDS using GVHD prophylaxis with PTCy, there was no significant difference in late graft failure rates when utilizing a haplo vs. MUD-HCT with PTCy for GVHD prophylaxis. Overall mortality, however, was significantly higher in the haploidentical donor cohort, as previously reported. 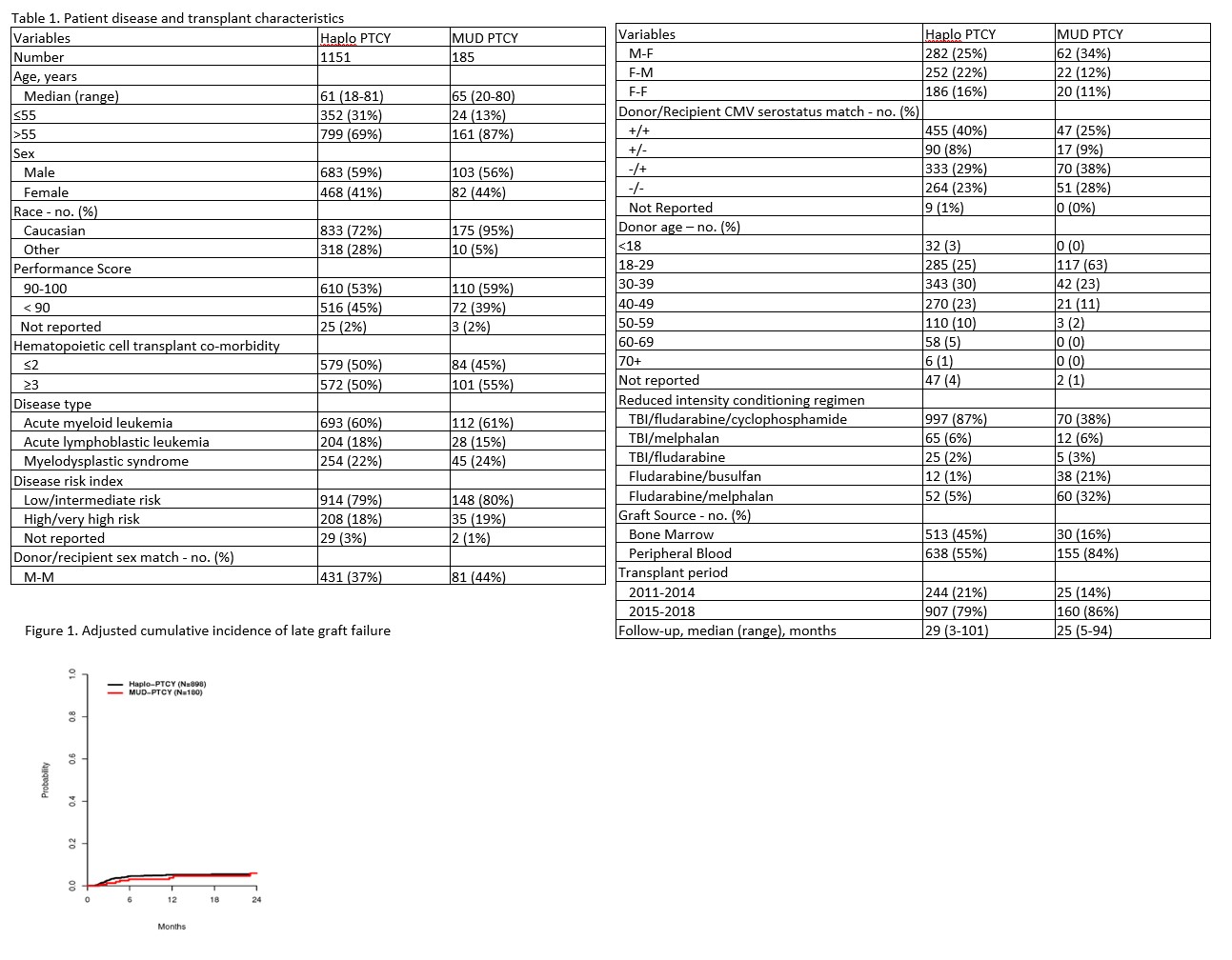