Time to neutrophil engraftment (the first of 3 consecutive days of absolute neutrophil count above 500 cells/mL after cell infusion) was 26 and 20 days for Participants 1 and 2, respectively. No OTQ923-related adverse events (AEs) were reported in either participant. All observed AEs were consistent with busulfan conditioning. Participants received RBC transfusions around conditioning and have received none after engraftment.

Conclusion: Preliminary data demonstrate clinically meaningful increases in HbF and evidence of benefit for both Participants 1 and 2 after OTQ923 infusion. Edited alleles were stable and maintained in the peripheral blood for >6 mos. The safety profile of OTQ923 was as expected after myeloablative busulfan and autologous hematopoietic stem cell transplantation. Taken together, these data suggest that this approach is safe and offers a potentially curative option for patients with severe SCD. Using cryopreserved, CD34+ cells as a starting material offers the advantage of centralizing manufacturing, scaling up the process to allow for improved patient access around the globe. 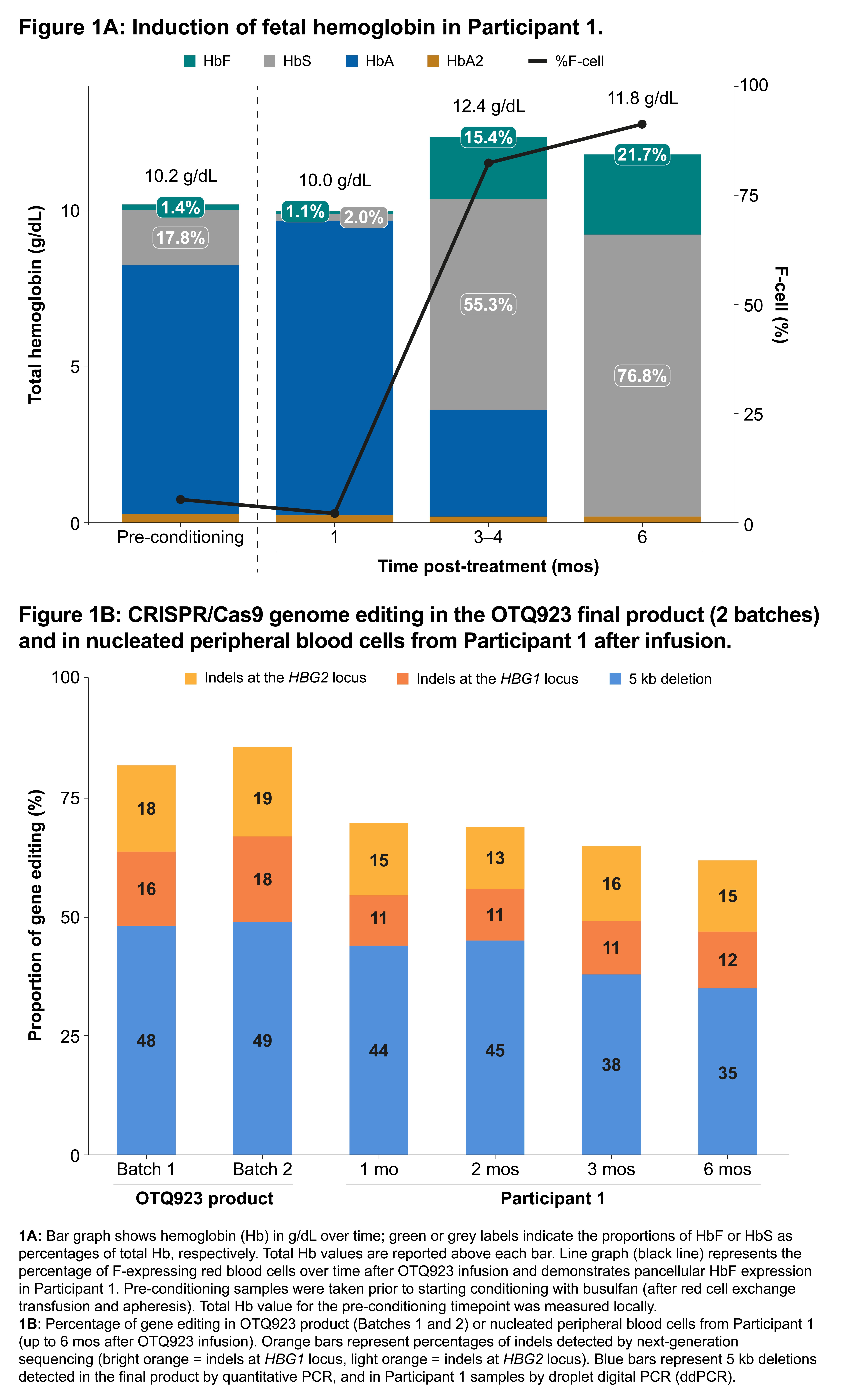