Results of cox regression analyses are summarized in Table 2. The development of ICANS did not significantly impact PFS or OS nor did steroid administration. Exploratory analysis showed that severity of ICANS did not influence PFS or OS. Bulky disease (≥10 cm), LDH greater than the upper limit of normal, and peak ferritin greater than 5000 in the first 28-days post-infusion were associated with worse OS. There was a significant interaction term between ICANS and product for OS. We conducted an exploratory analysis stratified by product which showed that the development of ICANS with tisa-cel was associated with inferior OS (HR 3.65, CI: 1.35-9.91, p=0.011) but no difference in PFS. The development of ICANS with axi-cel had no impact on OS or PFS.

In this retrospective analysis, we showed that outcomes were similar in patients with aggressive large B-NHL treated with CAR T-cell therapy who did or did not develop ICANS regardless of severity. In stratified analysis, ICANS was associated with inferior OS in those who received tisa-cel but was limited by small sample size. Pre lymphodepletion CRP alone had the highest discriminatory ability to predict severe ICANS. After infusion, developing CRS and earlier onset of CRS were predictive of ICANS. Future studies should identify novel predictive scores for ICANS which may lead to strategies to prevent neurologic toxicity after CAR T-cell therapy. 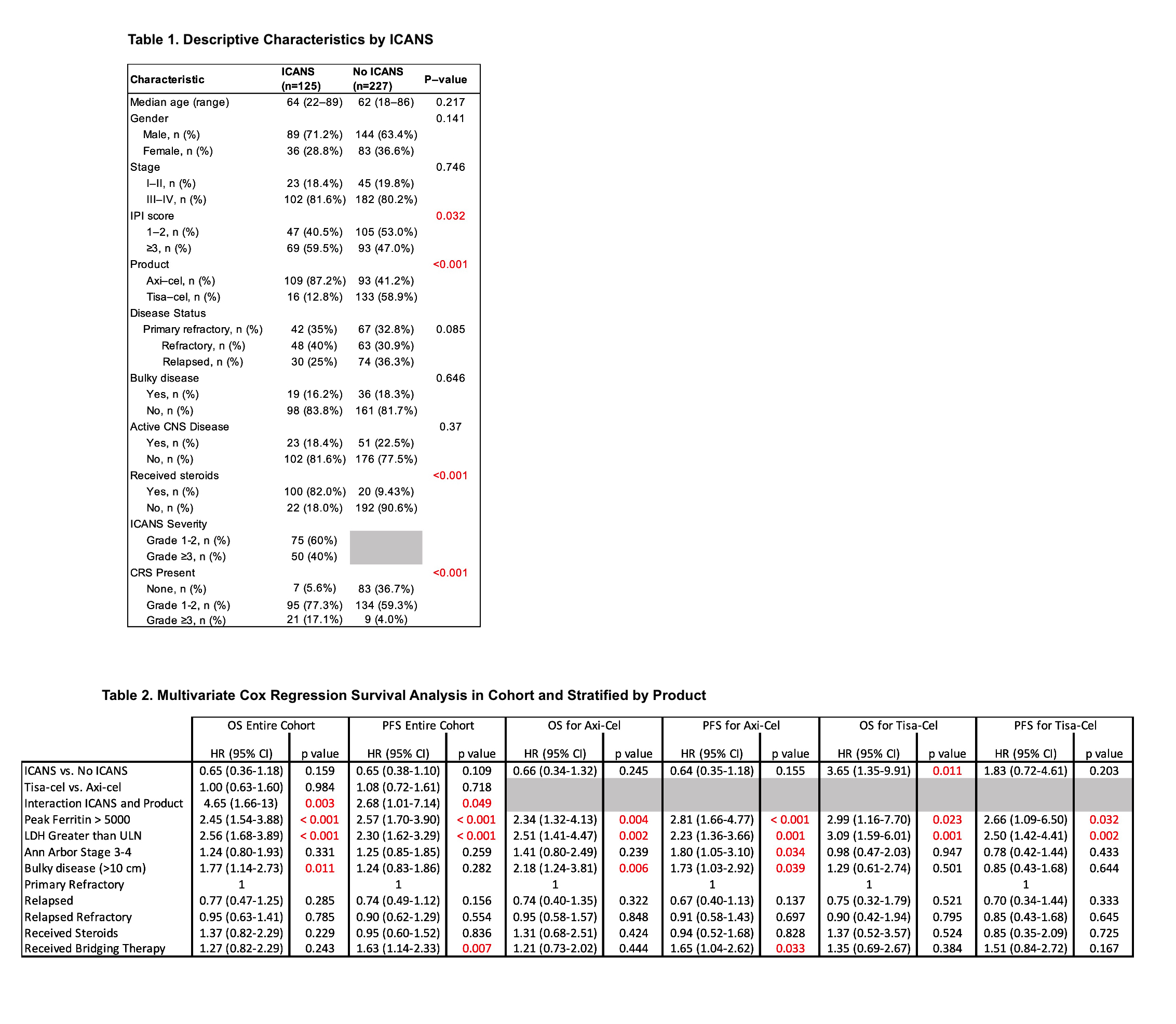