2002 Characterization and T-Cell Repertoire of MB-CART2019.1 (Zamtocabtagene autoleucel) - Data from the Phase I Trial in Patients with Relapsed or Refractory B-Cell Non-Hodgkin Lymphoma

Chimeric antigen receptor (CAR) T-cells can induce durable remissions in patients with relapsed or refractory (r/r) aggressive B-cell non-Hodgkin lymphoma (B-NHL). Recent data suggest that the T-cell repertoire and the phenotype of the CAR T-cell product influence expansion and contribute to the probability of response. Samples from 12 patients (pts) treated with non-cryopreserved MB-CART2019.1 (Zamtocabtagene autoleucel) in a Phase I trial (NCT03870945) were analyzed. MB-CART2019.1 is a tandem-CAR T-cell product targeting both CD20 and CD19 antigens and contains a 4-1BB co-stimulatory domain.

All 12 MB-CART2019.1 DPs exhibited a consistent and reproducible expansion profile, high CD4:CD8 ratio, high TCM proportion and low expression of exhaustion markers. Increased proliferative ability in the DP, higher Cmax, as well as maintaining higher levels of TCM during in vivo expansion were characteristically elevated parameters of pts with CR. Other product characteristics, e.g. CD4:CD8 ratio or number of infused T-cells, were not significantly associated with in vivo performance. The high proportion of TCM is a prominent characteristic of MB-CART2019.1 DP which may be important for improved persistence and durable clinical response. 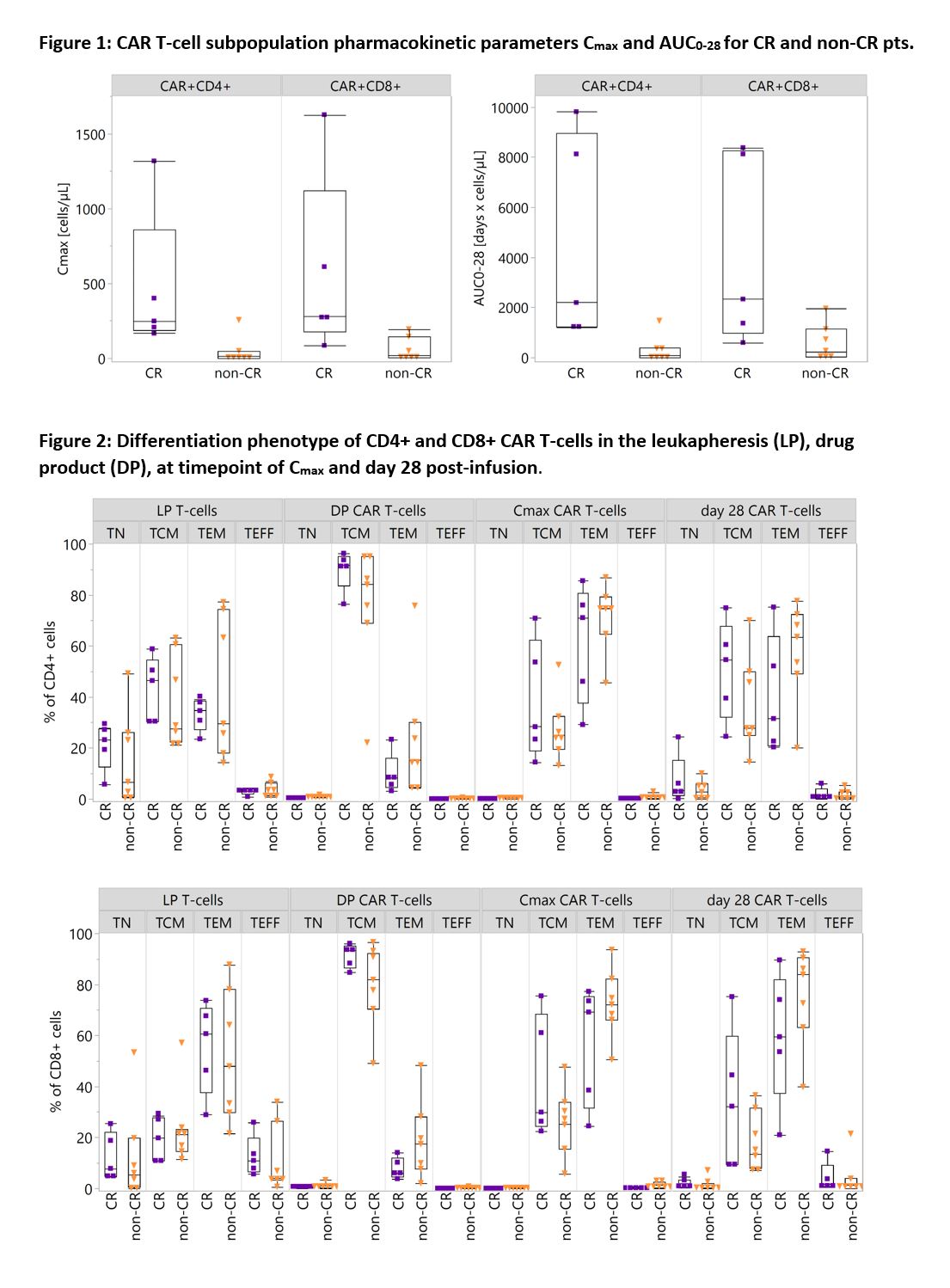