159 Efficacy and Safety of Elranatamab in Patients with Relapsed/Refractory Multiple Myeloma Naïve to B-Cell Maturation Antigen (BCMA)-Directed Therapies: Results from Cohort a of the Magnetismm-3 Study

Introduction: Elranatamab is a humanized bispecific antibody that targets both B-cell maturation antigen (BCMA)-expressing multiple myeloma (MM) cells and CD3-expressing T cells. MagnetisMM-3 (NCT04649359) is an open-label, multicenter, non-randomized, phase 2 study to evaluate the safety and efficacy of elranatamab monotherapy in patients (pts) with relapsed/refractory MM (RRMM). Results in pts with RRMM and no prior BCMA-targeted treatment (Cohort A) are presented.

Data will be updated at the time of presentation to include ~3 additional months of follow-up.

Conclusions: Results suggest that subcutaneous 76 mg QW elranatamab is efficacious and has a manageable safety profile in pts with triple-class- and penta-drug refractory MM and no prior BCMA-targeted treatment. These results support continued development of elranatamab for pts with MM. 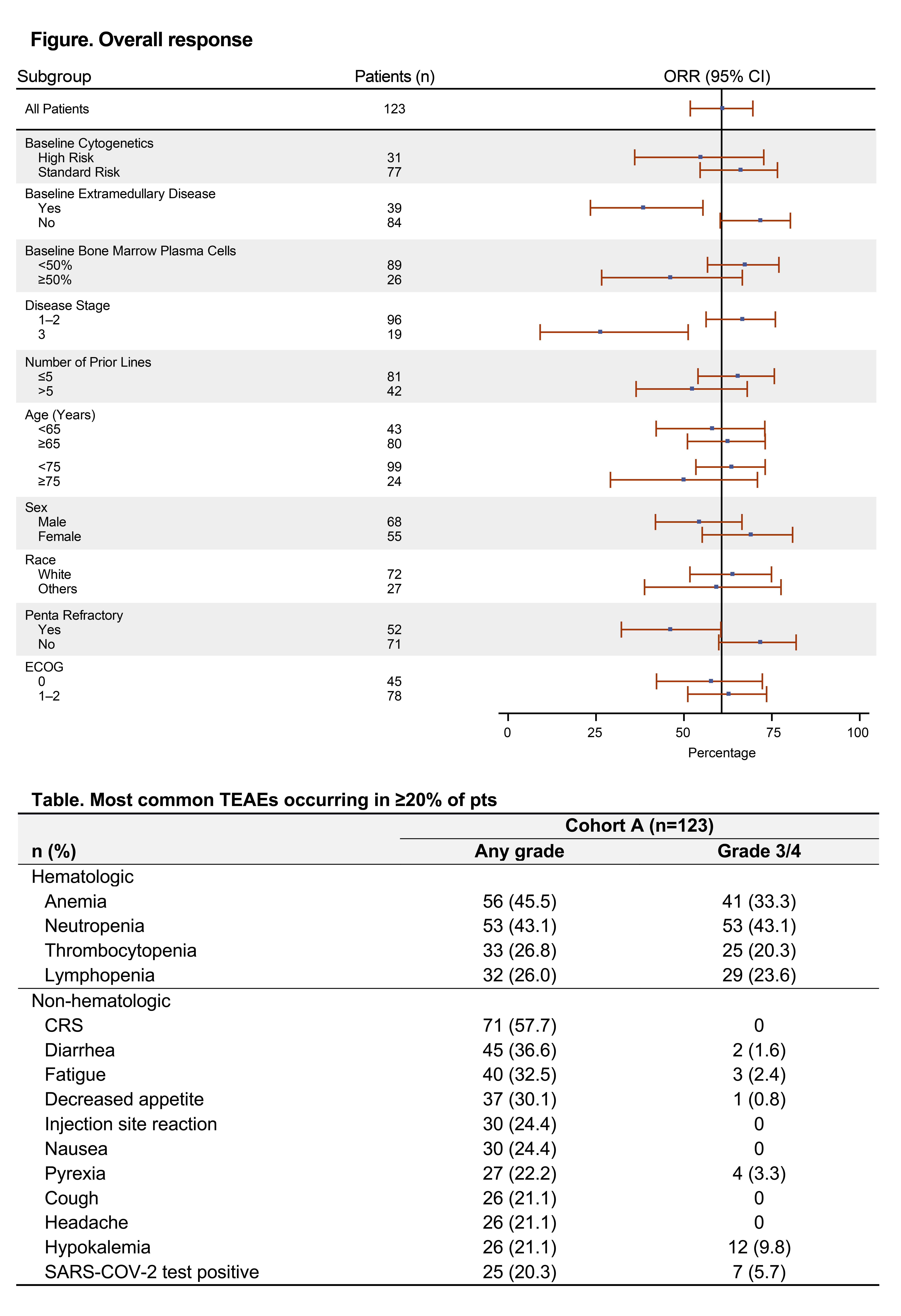