92 Treatment Outcomes after Undetectable MRD with First-Line Ibrutinib (Ibr) Plus Venetoclax (Ven): Fixed Duration Treatment (Placebo) Versus Continued Ibr with up to 5 Years Median Follow-up in the CAPTIVATE Study

Conclusions: First-line Ibr + Ven is an all-oral, once-daily, chemotherapy-free regimen that continues to provide deep, durable clinical responses in pts with CLL. With an additional y of follow-up in pts with Confirmed uMRD after Ibr + Ven, 4-y OS rates were ≥98% and 4-y PFS rates were ≥88% in pts randomly assigned to PBO (representing fixed duration) or continued Ibr. The durability of uMRD and the 3-y DFS rate of 85% without ongoing tx are encouraging and support the promising potential for tx-free remission. Together with the safety data, these results demonstrate a favorable benefit-risk profile with fixed duration Ibr + Ven. 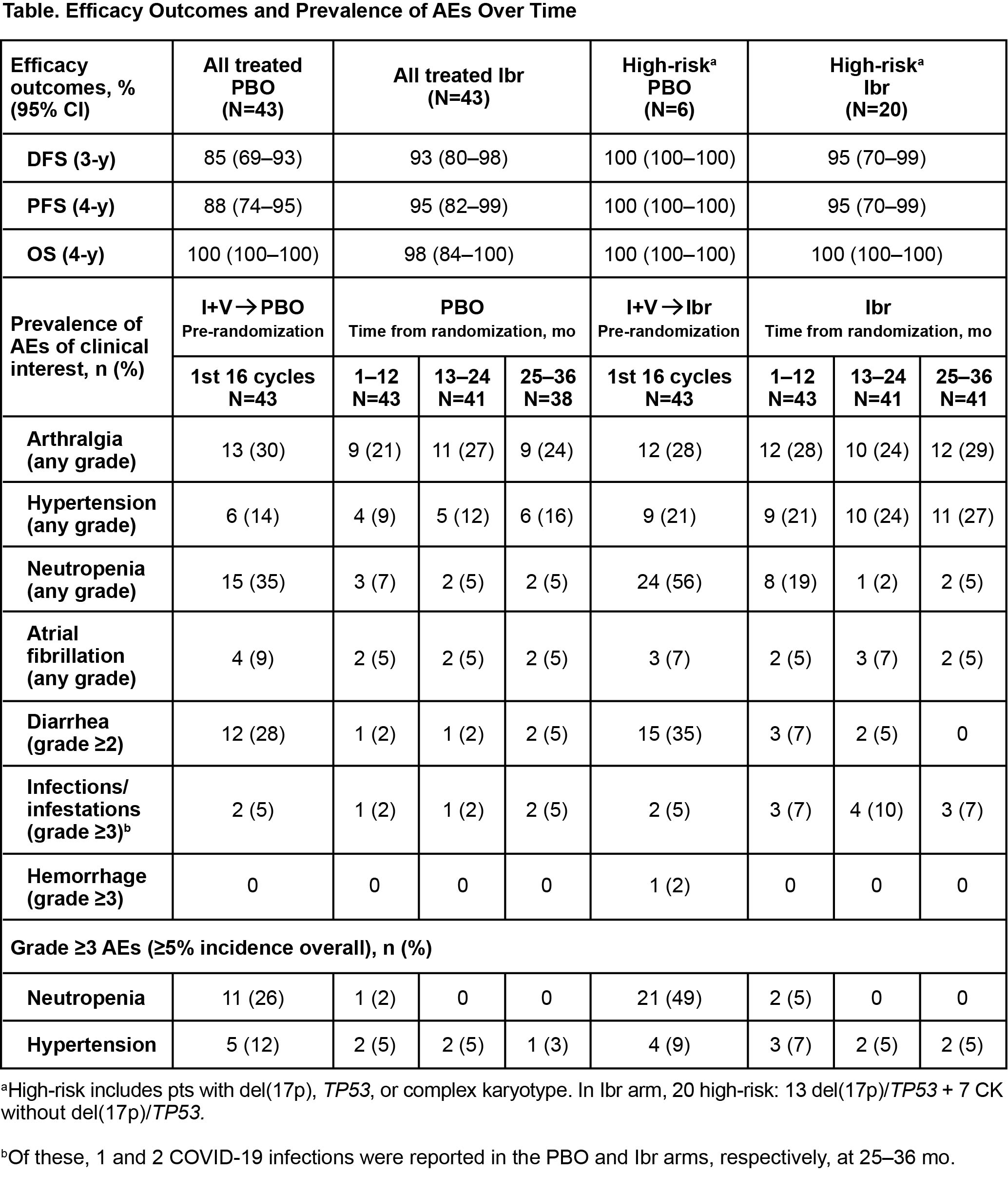 OffLabel Disclosure: Ibrutinib in combination with venetoclax is not approved in any indication.