Introduction: The BTK inhibitor ibrutinib blocks B-cell receptor and other signaling pathways in CLL cells and has become a standard CLL therapy. Isotopic labeling with deuterated water (2H2O) to measure the effects of ibrutinib on CLL cell proliferation and death directly in patients revealed that ibrutinib profoundly inhibits proliferation and induces high rates of leukemia cell death (registered at clinicaltrials.gov as NCT01752426; Burger et al., JCI Insight, 2017). Here, we report a long-term follow-up of this trial in which we analyzed long-term outcomes and correlated CLL cell birth and death rates with depth of response over time.

Methods: Thirty patients with previously untreated CLL/SLL enrolled in the study to receive continuous long-term ibrutinib monotherapy, after one month of labeling with deuterated water. For our analyses, we stratified patients in groups based on high or low CLL cell death rates in the peripheral blood (PB) or lymphatic tissues (lymph nodes, spleen), i.e. death rates above or below the median, assessed over the first months on therapy, as detailed in the original publication. Responses were assessed according to 2008 IWCLL guidelines, with the exception that lymphocytosis was not used as a sole criterion for progression. PB MRD was quantified by flow cytometry with a sensitivity 10-4. 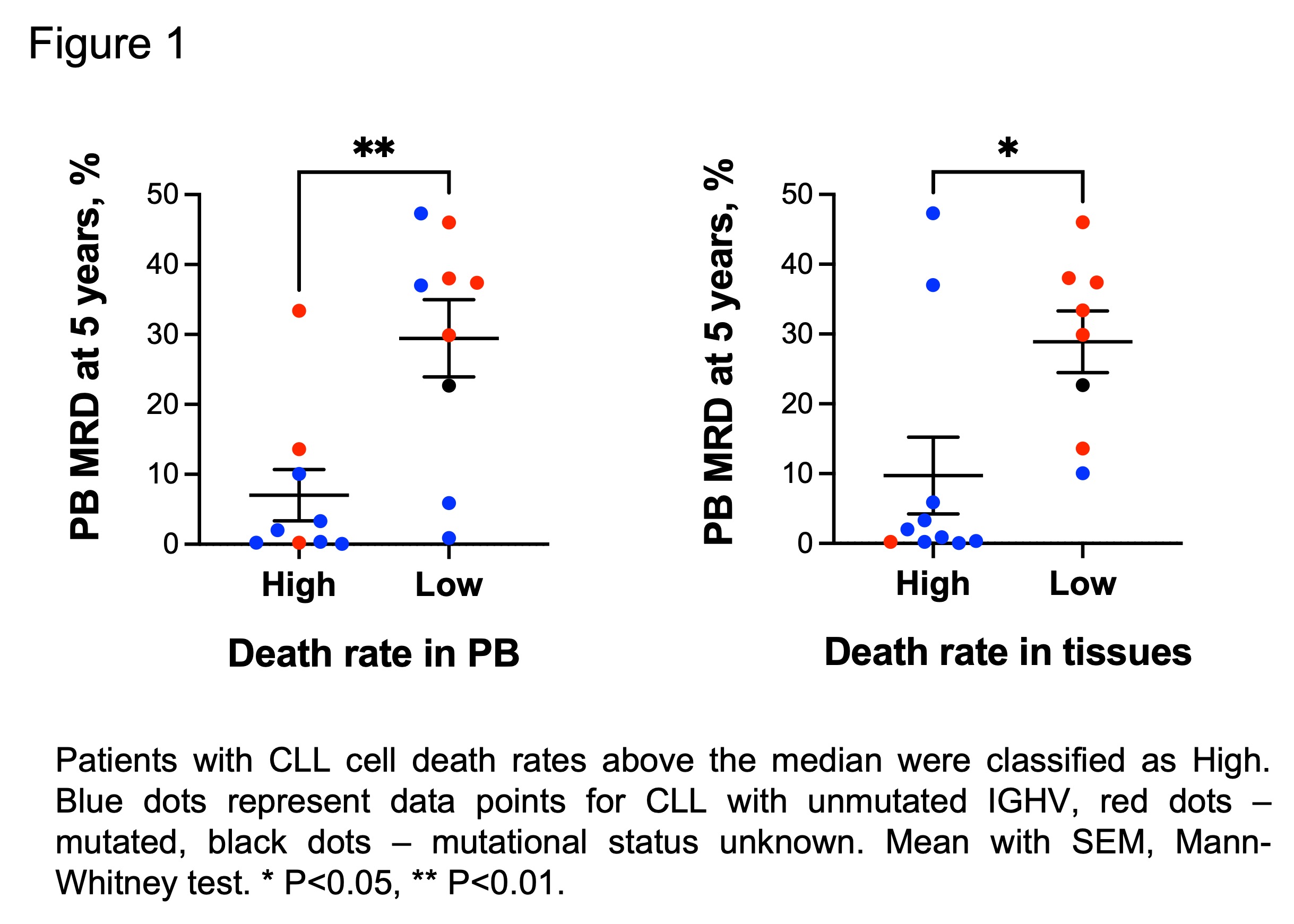