Methods: CARTIFAN-1 is an ongoing, phase 2, open-label study conducted across 8 sites in China. Adult patients with MM were enrolled if they had received ≥3 prior LOT, including a proteasome inhibitor and an immunomodulatory drug. Patients received a single infusion of cilta-cel at a target dose of 0.75×106 CAR-positive viable T cells/kg. The primary endpoint was ORR, the proportion of patients achieving a partial response (PR) or better, assessed by a computerized algorithm per International Myeloma Working Group criteria. Secondary endpoints included rates of sCR, CR, and very good PR (VGPR); minimal residual disease (MRD) negativity measured using flow cytometry (10-5 threshold); and DOR, PFS, OS, and incidence and severity of adverse events (AEs).

Conclusions: At a longer median follow-up of 26.4 months, responses to cilta-cel deepened over time and the risk-benefit profile remains favorable. These results in Chinese patients with RRMM, for whom there is an urgent, unmet clinical need, are consistent with those observed in the CARTITUDE-1 study. It will be important to consider risk mitigation strategies and prompt supportive care for patients treated with CAR-T therapy in China in current and future clinical studies and practice. 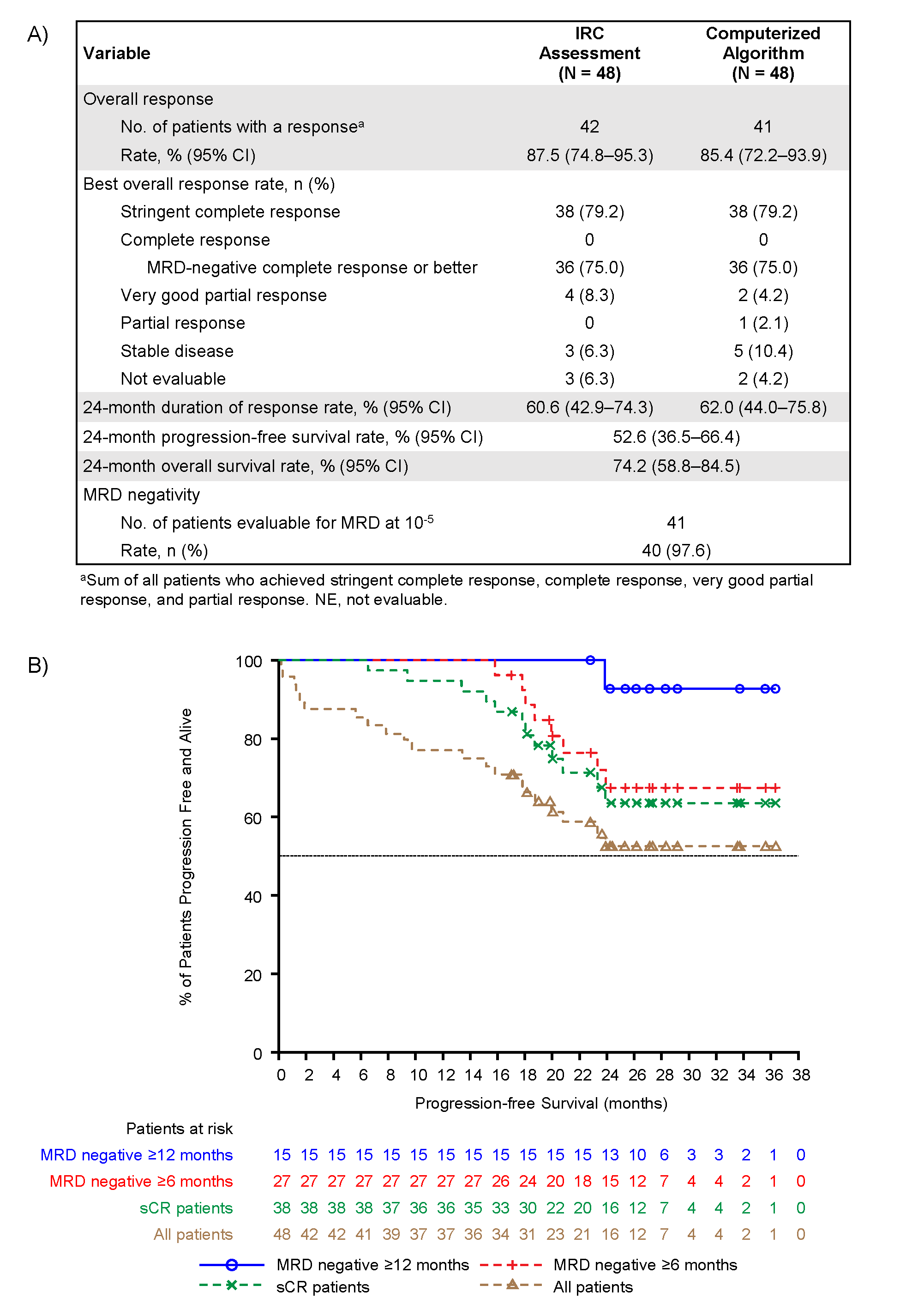 OffLabel Disclosure: Cilta-cel is a CAR-T therapy approved for patients with relapsed/refractory multiple myeloma after 4 or more lines of therapy