4447 Overall and Subgroup Results from the Third Interim Analysis of FIRE, a Real-World Study of Ibrutinib Treatment for CLL/SLL in France

Aim: The aim of the study is to collect real-world data to describe ibrutinib treatment patterns and assess its effectiveness and safety in CLL/SLL.

Methods: This retrospective (ret) and prospective (pro) study started on May 12, 2016, and is planned to complete after ~6 years. Eligible patients were ≥ 18 years, with a confirmed diagnosis of CLL/SLL, and who initiated ibrutinib therapy on or after November 21, 2014, (date of ibrutinib commercialization) either in previously untreated patients with del17p and/or TP53 mutation, or in patients with relapsed or refractory disease R/R.

Conclusions: In this longer follow-up of the real-world FIRE study reflecting clinical practice in France, ibrutinib was shown to be an effective treatment for patients with CLL/SLL, and patients who received ibrutinib in earlier LOT achieved better PFS. The effectiveness and adverse event profiles are consistent with observations from clinical trials. 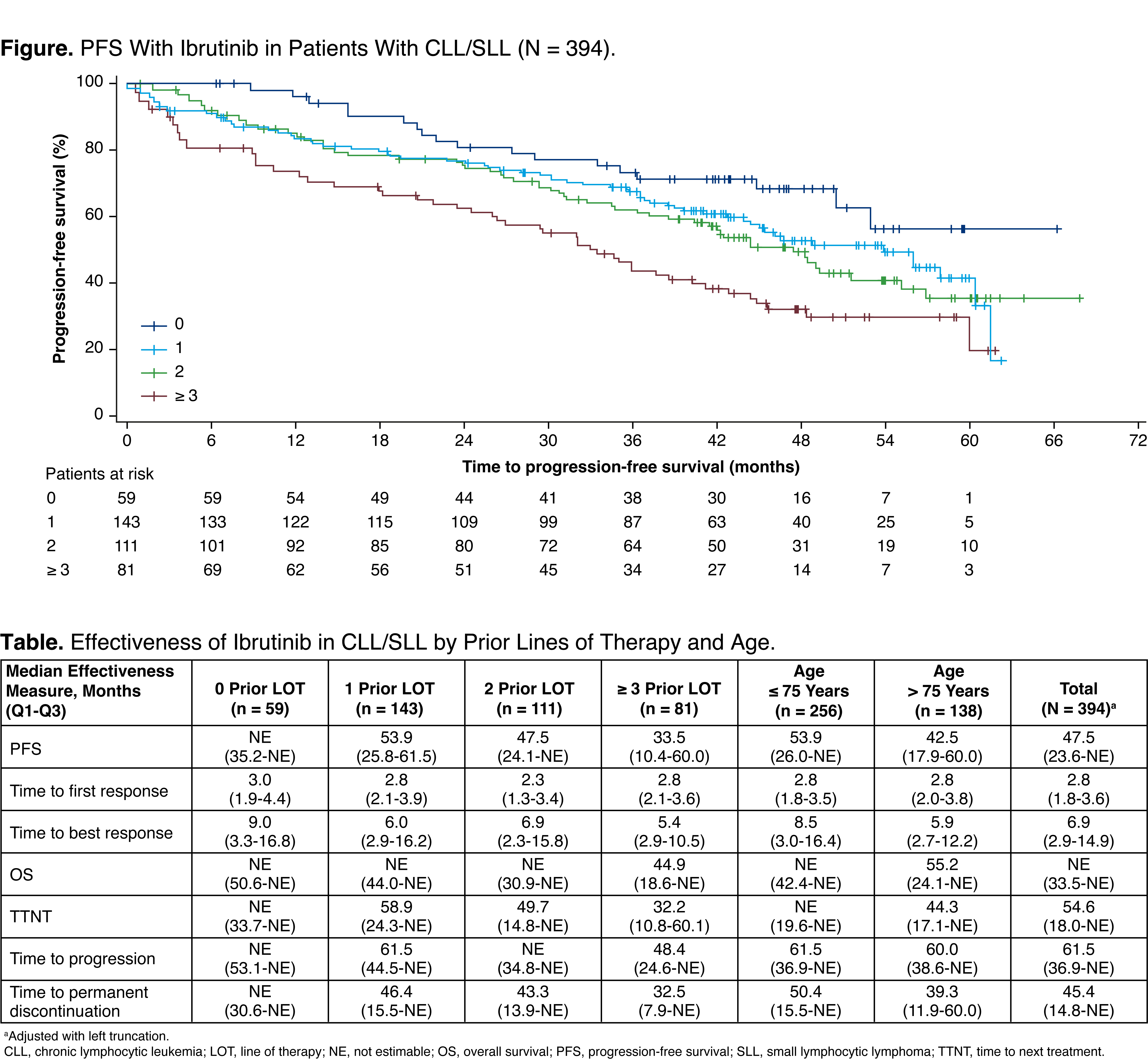