Methods: We contacted individuals with multiple myeloma who had participated in our institutional banking study between 2018 and 2021. Patients who agreed to participate were sent a questionnaire which included the 11-item Comprehensive Score for financial Toxicity (COST). Scores range from 0-44 with lower scores indicating higher financial toxicity. Follow-up surveys will be completed after 3 and 6 months. This analysis included data from the initial survey only; follow-up survey data will be available at time of presentation.

Results: At time of analysis, 234 patients were contacted and 122 (52%) had returned the survey. Ninety-four completed the COST at least 6 months following myeloma diagnosis and were included in the analysis. The median age at time of survey was 68 (range 37-88). The majority were Caucasian (95%), male (70%), college-educated (62%), and had left the workforce (70%). Seventy-two percent of patients were receiving first-line treatment for MM while 28% had relapsed or refractory disease. The median time from myeloma diagnosis to survey completion was 29 months (range 7-159 months).

Conclusion: In this study, we observed relationships between demographics, socioeconomic status, and myeloma clinical characteristics with scores on the COST. However, none were independently associated with having a score below the median. Our findings are limited by sample composition, which was skewed toward patients who were Caucasian, college educated, and retired. In addition, because there is no established threshold for financial toxicity on the COST measure, we used our sample’s median score; however, our median was higher than that of prior studies and this may have impacted the results. Nevertheless, these preliminary results show financial toxicity is a complex outcome that is difficult to predict. Our longitudinal data, which will be available at time of presentation, will build on these findings to assess the trajectory of financial toxicity over time. 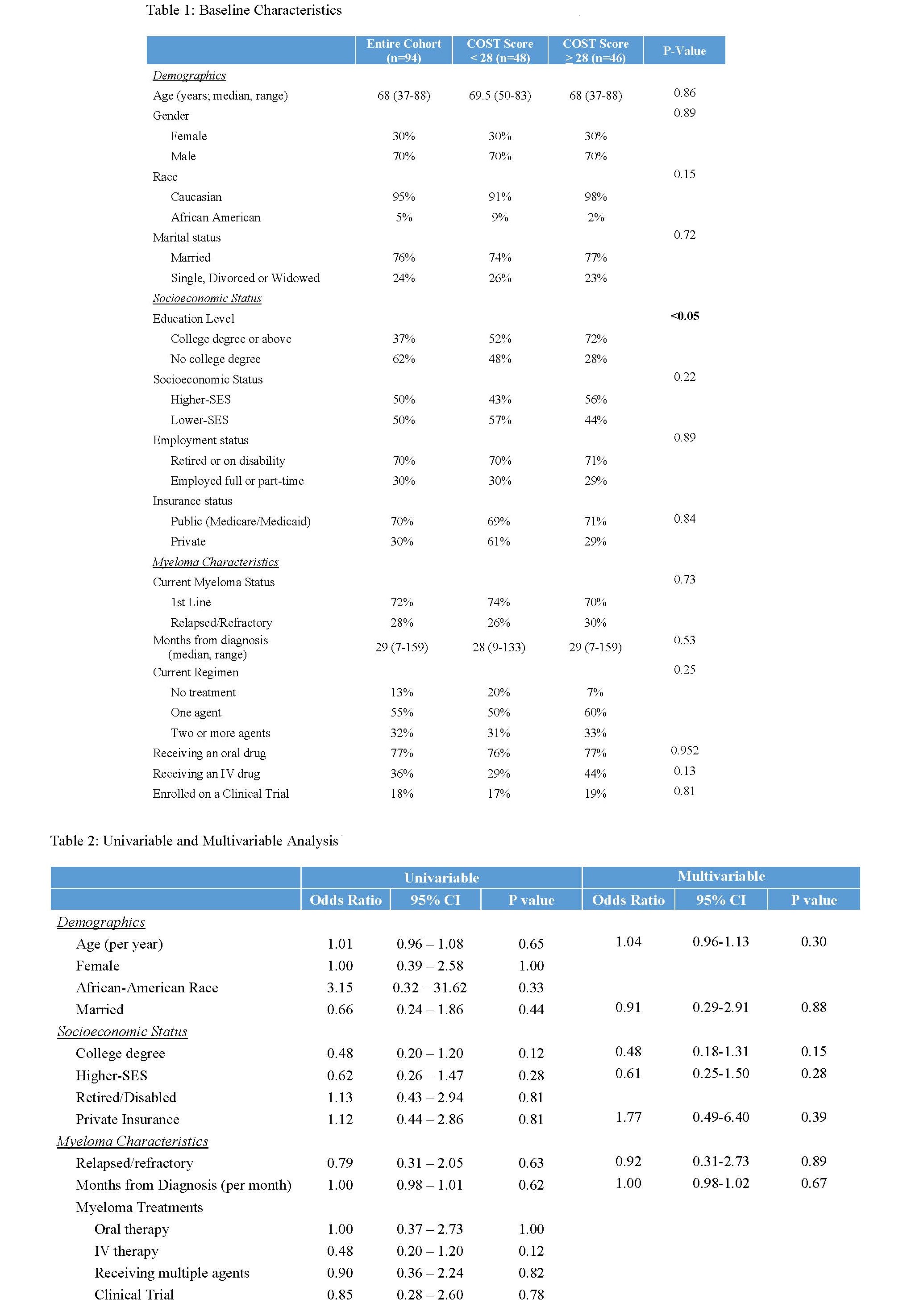