Interestingly, many of the candidates from these analyses (e.g., DDX11, CHD1, RASGRF1 and ARHGEF7) are involved in DNA repair pathways. Gene set enrichment analyses confirmed that our association results are enriched a TP53-centered networks (p value: 0.0042, Figure 1B).

Besides the novel candidates, a known MDS prognostic gene TP53 was replicated by our nonbiased screening approach. Co-occurrence of TP53 mutation and complex karyotypes, as well as high VAF of TP53 mutations in our MDS cohort were highly associated with poor post allo-HCT OS (data not shown). MDS patients with TP53, DDX11 and CHD1 mutations were overrepresented in samples with complex karyotypes.

Overall, through WGS of samples obtained at the time of allo-HCT, we identified two novel genetic prognostic biomarkers, DDX11 and CHD1 mutations, which were associated with inferior post allo-HCT OS. These results once validated could contribute to personalized risk assessments of post HCT outcomes for MDS patients. 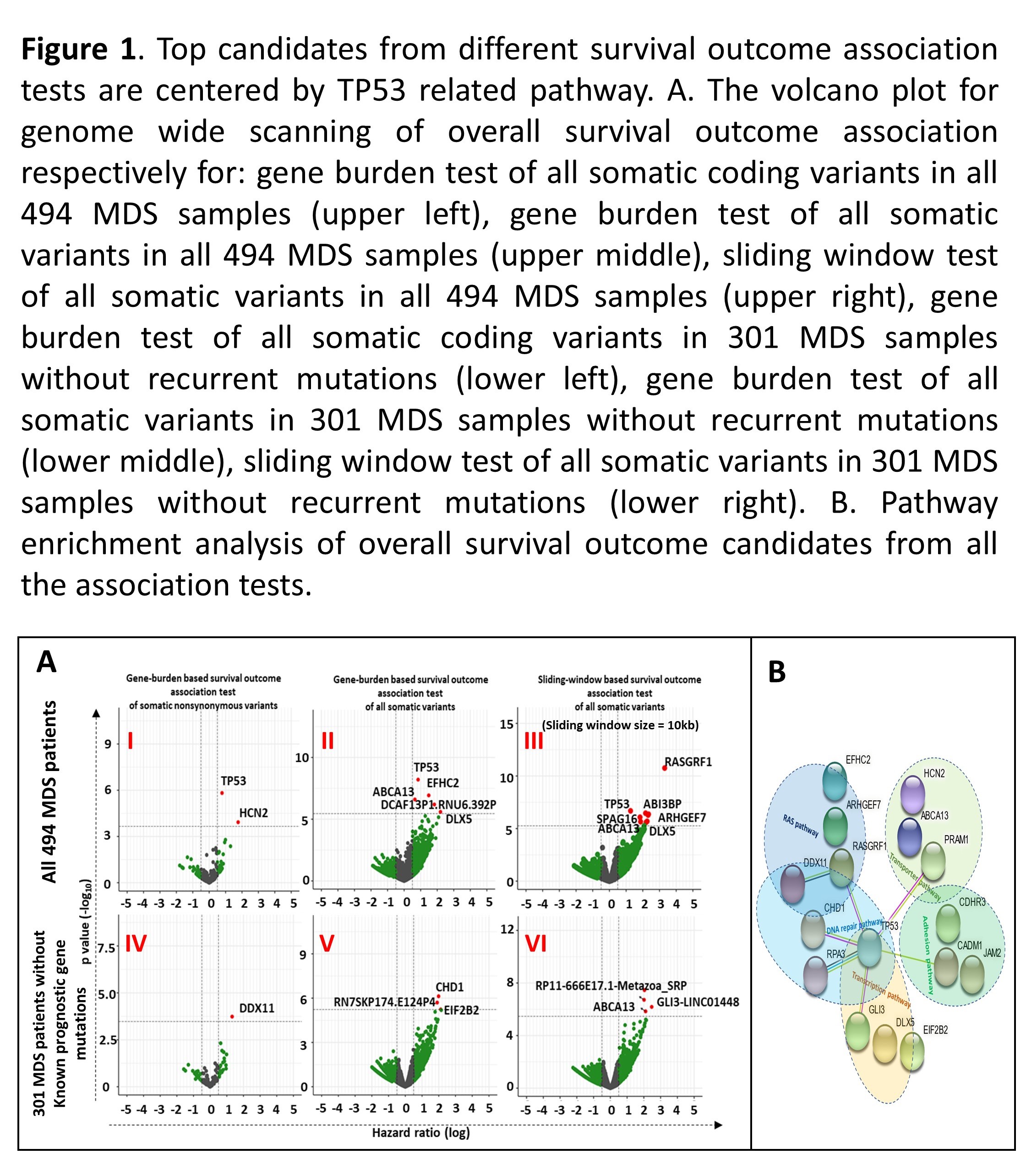