3251 Impact of Alloimmunization in Patients with Sickle Cell Disease

Blood transfusion is an essential therapeutic and prophylactic component in the management of sickle cell disease (SCD) and associated complications. Prolonged transfusion therapy can lead to the development of antibodies to the donor's RBC antigens (alloimmunization), causing complications such as delayed hemolytic transfusion reactions, hyperhemolysis, worsening vaso-occlusive episodes, and end-organ damage. There have been only a few case series highlighting the impact of RBC alloimmunization on SCD morbidity and mortality, proposing a pathway involving RBC alloimmunization and decreased survival associated with hemolytic reactions or difficulty obtaining compatible blood when needed. However, apart from the consequences of iron overload, there is no long-term data for alloimmunization highlighting the clinical consequences, multiorgan damage, or associated morbidity in sickle cell patients.

We conducted a retrospective multicentric descriptive study, including all sickle cell patients treated in an academic health system from January 1st, 2009, to December 31st, 2020, in Maryland, Virginia, and Washington, DC. An exemption from the Institutional Review Board for obtaining individual subjects' consent was procured. Patients included in the study were older than 18 years and diagnosed with sickle cell disease. Patients who did not have sickle cell disease were excluded from the study. Statistical analysis was reported using means for descriptive data, t-test for continuous variables, and chi-square for categorical variables. 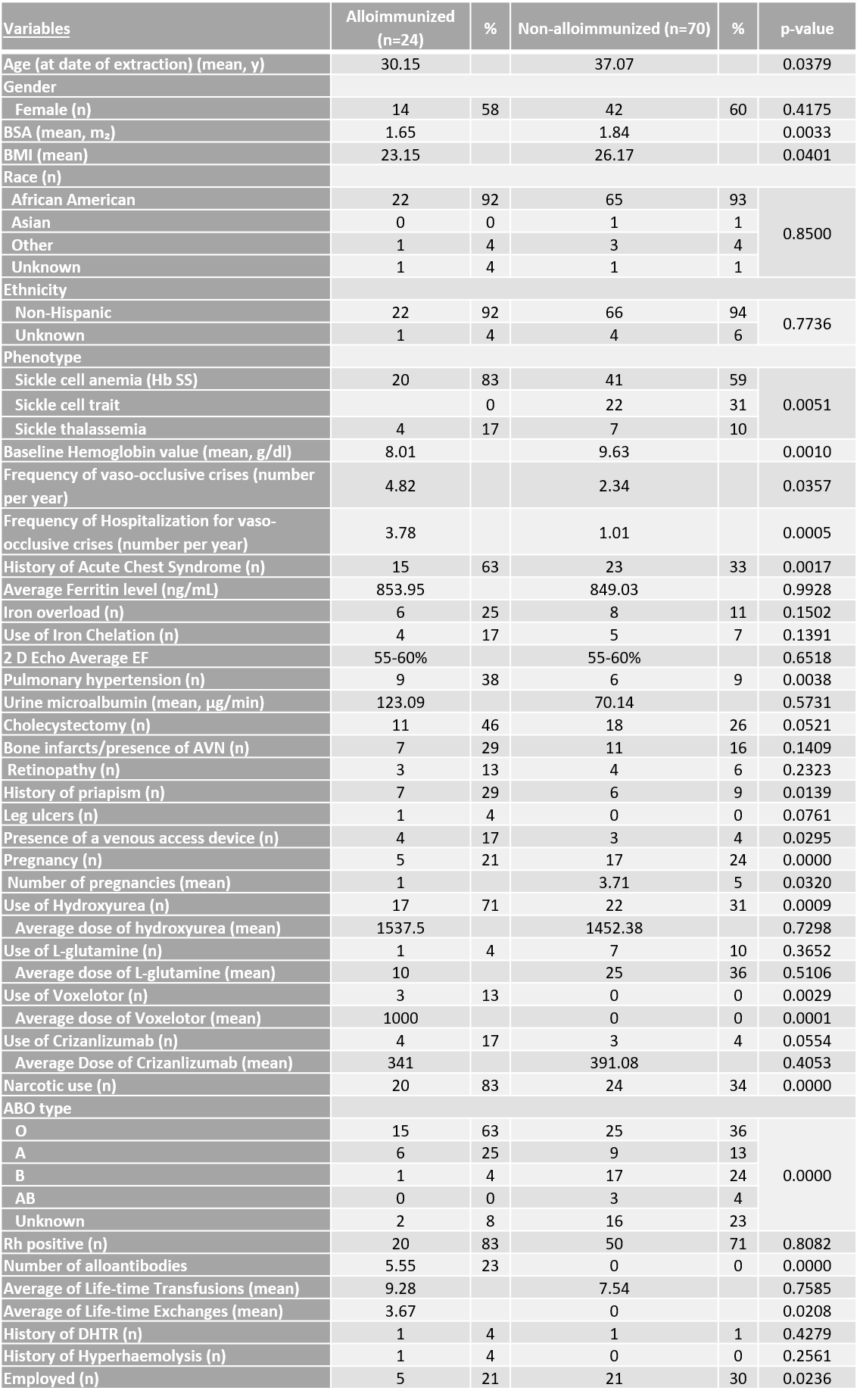