Splenectomy is a therapy for many conditions the most common of which are trauma, Hodgkin lymphoma, thalassemia and hereditary or autoimmune hemolytic anemia, and immune thrombocytopenia (ITP). By 1960 splenectomy had been known to create a risk of over-whelming post splenectomy sepsis (OPSS) with a high mortality rate. More recently population-based studies from Denmark have suggested that there is also an increased risk of thromboembolic (TEE) complications. Thromboembolic events generally include venous thrombosis (deep vein thrombosis (DVT) and pulmonary embolism (PE)) and arterial thrombosis (stroke and myocardial infarction [MI]). ITP and hemolytic anemias have been shown to independently have increased risks of arterial and venous TEE which has complicated assessment of additive effects of splenectomy. While splenectomized patients appear to be at increased risk of arterial and venous thromboses, the incidence and which TEEs predominate remains unclear as does the timing of occurrence of the TEEs.

The Nurses’ Health Study (NHS) was established in 1976 and enrolled 121,700 female nurses between 30-55 years old. The nurses completed baseline questionnaires and biennial follow up questionnaires. In 2004, NHS participants were asked whether they had undergone splenectomy. The primary outcomes of this study included DVT,PE, and MI, which were identified through self-report on biennial questionnaires. MIs were confirmed through medical record review. End of follow-up for this study went through 2016, date of death, or diagnosis of outcome, whichever came first. Loss to follow up was very low and causes of deaths were carefully tracked.

Descriptive statistics compared the splenectomy vs non-splenectomy participants with respect to basic demographic factors and variables that may be related to the outcomes. Cox proportional hazards models were run to evaluate incidence rates for primary and secondary outcomes. We conducted age-adjusted, as well as multivariable adjusted models. Multivariate models were adjusted for age, body mass index, smoking history, diabetes mellitus, high blood pressure, and high cholesterol, thus taking into account known predictors of the specific TEEs. Multivariate models were updated every two years to account for time varying confounders.

This study found that splenectomized patients are at a 4-fold increased risk of PE and DVT as compared to not-splenectomized individuals. These findings were not dependent on any of the potentially confounding variable analyzed. We found no association between splenectomy and MI. There are limitations to these results. No information was available on family history and perioperative thrombo-prophylaxis. Also we do not know exactly when or why splenectomy was performed; there were at least 34 women who had splenectomy for ITP but in most cases the underlying disease was unknown. Since the nurses in 1976 were already between 30-55 years old, it is no longer possible to retrospectively obtain sufficient information. Therefore, the splenectomy question has been added to the current survey for NHS#2. We will pursue the relevant information in a follow up letter to respondents who reported having undergone splenectomy while seeing if the findings of NHS#2 confirm those of NHS#1. 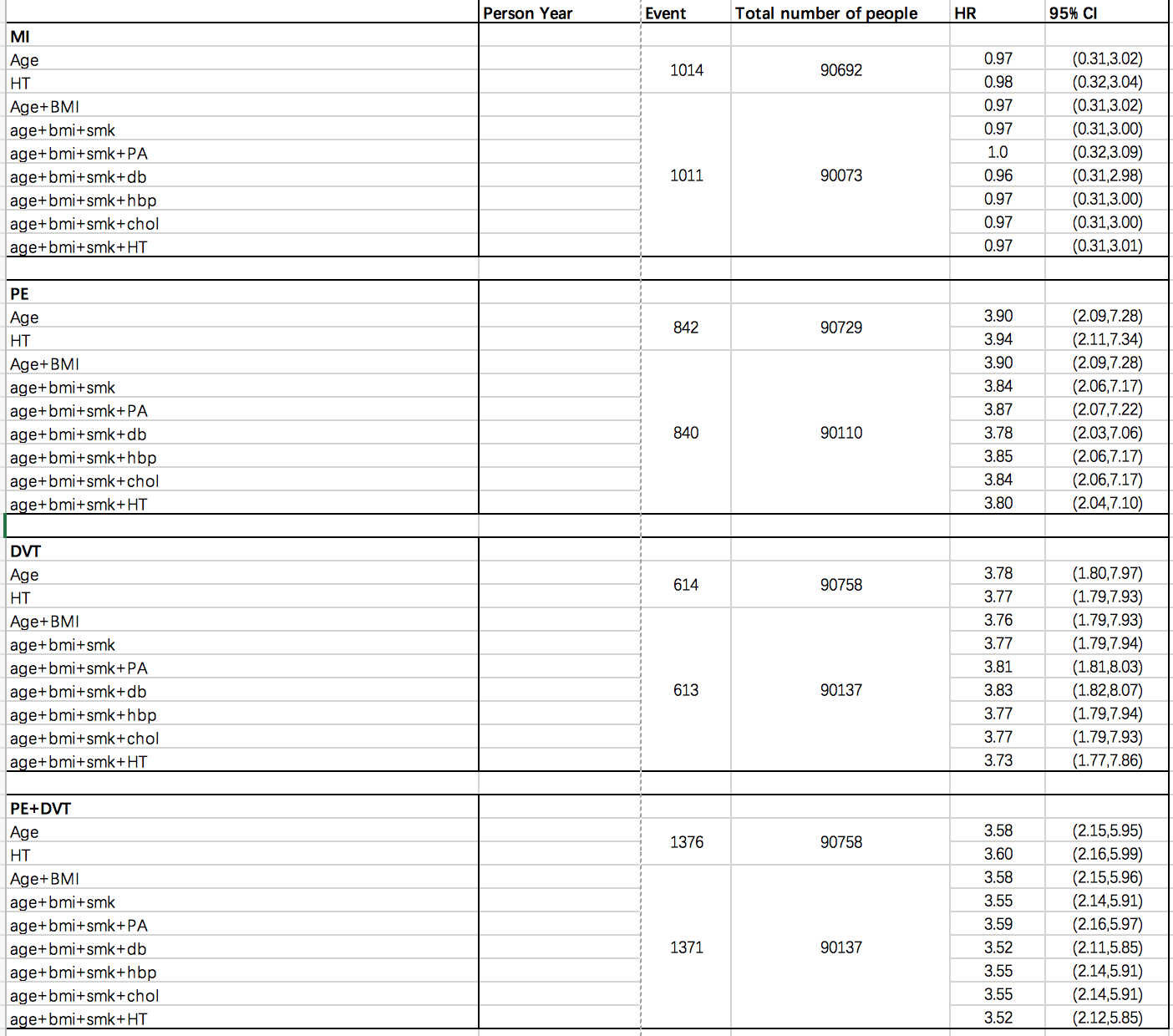