485 Characteristics and Outcomes of Newly Diagnosed Multiple Myeloma Patients with and without Extramedullary Disease after Autologous Transplant and Maintenance Therapy: A Study from the Cmwp-EBMT

Patient selection becomes crucial for newly diagnosed multiple myeloma (NDMM), to identify those who may benefit the most from specific treatments. This is particularly important for patients for whom evidence of current treatment options remains very limited. One such subgroup is MM with extramedullary disease (EMD), especially those with organ manifestation. Maintenance therapy after autologous transplantation improves outcome for eligible NDMM patients, but randomized trials only included a small proportion of EMD patients, and to date, no adequate data exist on maintenance in this cohort. Here, we aimed to evaluate the characteristics and outcomes of NDMM with or without EMD after autologous transplant and maintenance therapy.

Cohorts were identified from NDMM patients undergoing first autologous transplant between 2008 and 2018. Involvement had to be documented as absent or present. Maintenance treatment was defined as single-agent treatment within 6 months after first autologous transplant without relapse. Outcomes were calculated from the start of maintenance therapy. Primary end points were progression-free survival (PFS) and overall survival (OS). Secondary end point was cumulative incidence of relapse.

In conclusion, organ involvement was associated with worse early PFS, despite maintenance treatment. Different maintenance treatment did not seem to affect outcome in EMD. For patients without EMD, lenalidomide showed significantly higher PFS compared with thalidomide. 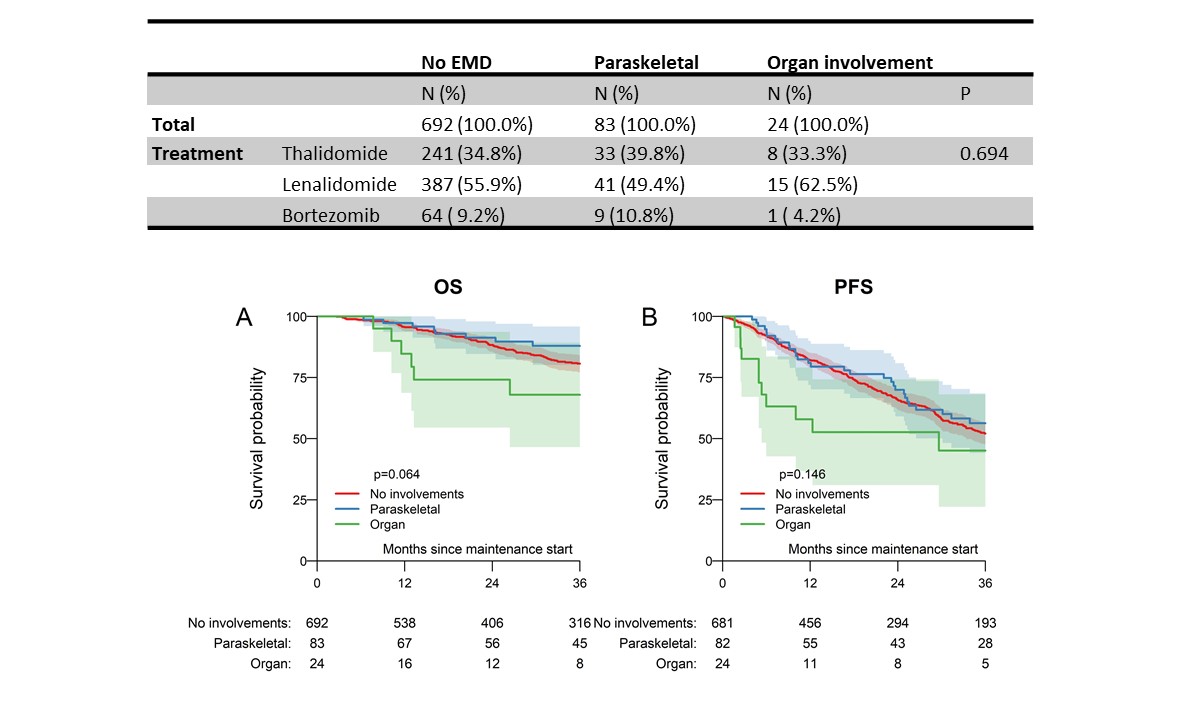