642 Ibrutinib Plus Rituximab Is Superior to FCR in Previously Untreated CLL: Results of the Phase III NCRI FLAIR Trial

The most effective chemoimmunotherapy (CIT) in previously untreated CLL is the combination of fludarabine, cyclophosphamide and rituximab (FCR). Ibrutinib (I), the first irreversible inhibitor of Bruton’s tyrosine kinase approved for CLL, has improved outcomes in numerous clinical trials compared to different CIT.

FLAIR (ISRCTN01844152) is an ongoing, phase III, multicentre, randomised, controlled, open, parallel group trial for previously untreated CLL requiring therapy according to the IWCLL 2008 guidelines. Patients over 75 years or with >20% 17p-deleted cells were excluded. Participants were randomised on a 1:1 basis to receive 6 cycles of FCR (oral fludarabine 24mg/m2/day for 5 days, oral cyclophosphamide 150mg/m2/day for 5 days with IV rituximab [375 mg/m2 on day 1/2 of cycle 1; 500 mg/m2 on day 1 of cycles 2-6]) every 28-days or IR (Ibrutinib [420mg/day] plus rituximab [6 doses as for FCR]) given for up to 6 years with stratification by disease stage, age, gender and centre. The primary endpoint was to assess whether IR was superior to FCR in terms of investigator-assessed PFS. Secondary endpoints included overall survival,; attainment of undetectable MRD; response to therapy; safety and toxicity; health-related quality of life and cost-effectiveness. A formal interim analysis was planned when 191 events were observed in both arms or 109 events in the FCR arm alone with a p-value of 0.005 leading to reporting of the trial. Here we report the results of this planned interim analysis.

Ibrutinib plus rituximab resulted in a superior PFS compared to FCR. There was no difference in overall survival, most likely due to effective second-line targeted therapy in patients progressing after FCR. 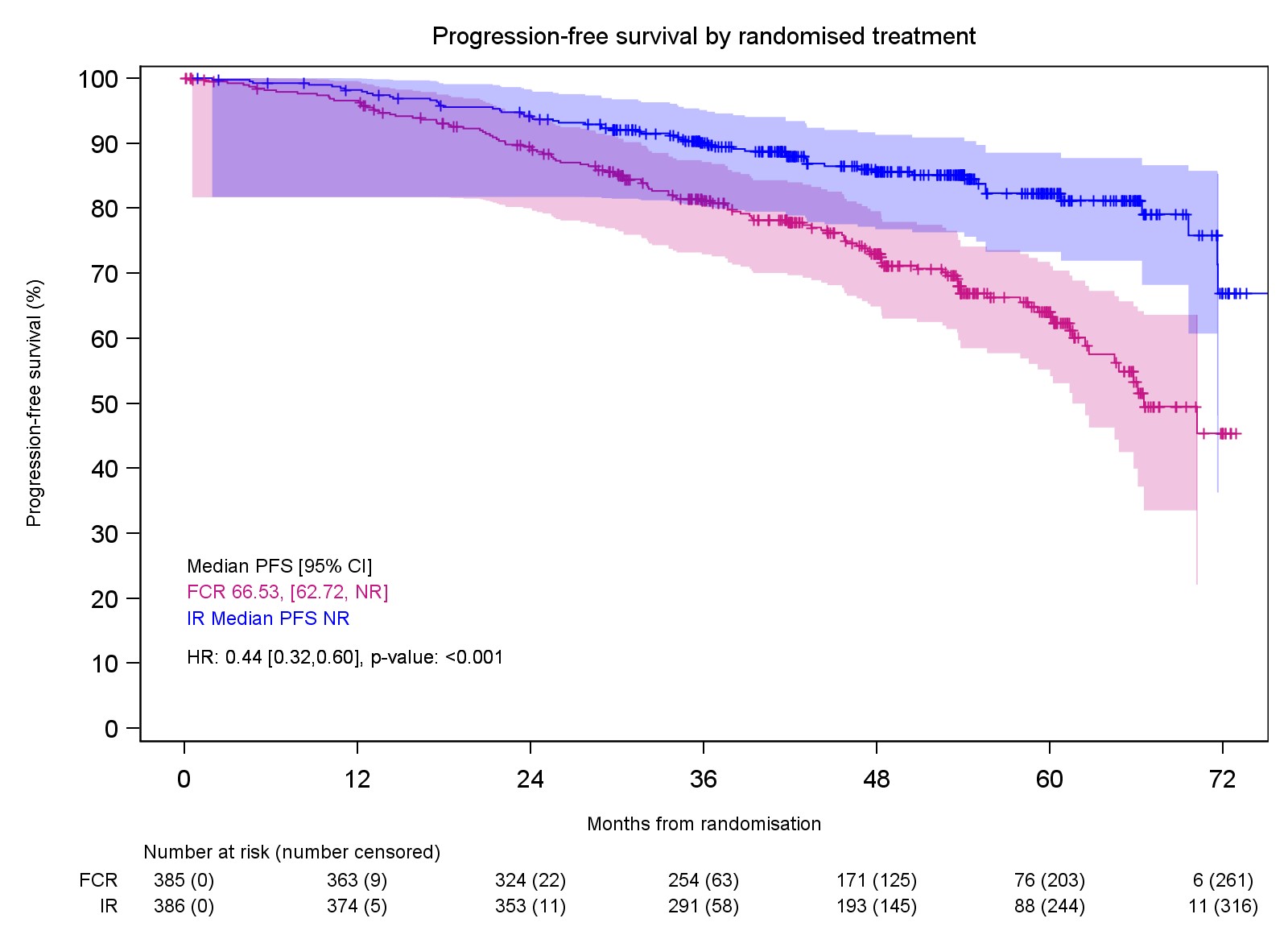