Patients with MM with at least one relapse treated with a 2nd line regimen, seen at Mayo Clinic between 2003-2021, were included. To visualize trends in treatment choices we divided the study period into 2-year intervals and for descriptive purpose the period was divided into three 6-year intervals. We used “100% stacked area” charts to show how the constituent parts of the whole have changed over time. The height of each colored stack represents the proportion of patients in that category at a given point in time.

Over the past two decades, the effectiveness of 2nd line treatment has improved, reflected by improved TTNT from 2nd line therapy. With the introduction of new agents in 2012-2015 (carfilzomib, pomalidomide and daratumumab) and favorable results for triplets demonstrated in randomized trials, the triplet therapies started to be used more frequently. Over time, the landscape of 2nd line therapies has become more diverse, which may reflect a more individualized approach to each patient. Moreover, the large variety of treatment strategies makes comparisons more and more challenging. 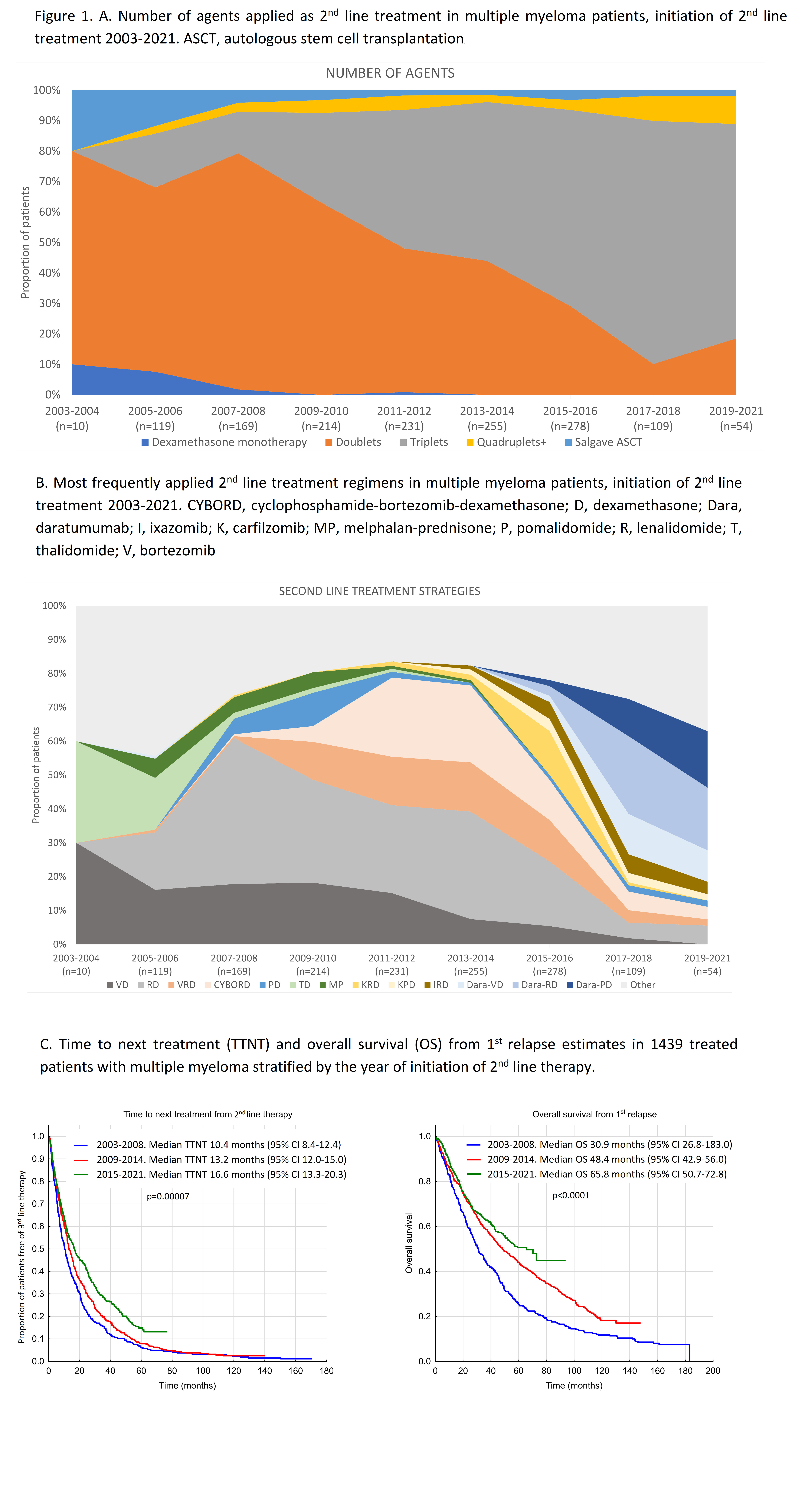