Introduction Chronic Myeloid Leukemia (CML) has become highly curable after introduction of Tyrosine-Kinase Inhibitors (TKIs). However, several side-effects have been reported with the prolonged use of TKIs: in particular, severe cardiovascular and pulmonary toxicities were observed with 2nd generation TKIs (2G-TKIs), nilotinib and dasatinib. Imatinib is generally considered safer, even if some concerns were recently raised on its renal toxicity and occurrence of late anemia.

Aims To evaluate the impact of imatinib compared to 2G-TKIs on the hemoglobin (Hb) levels in the long-lasting frontline treatment of CML patients.

Conclusions Present data highlight that long-lasting treatment with imatinib can have a negative late effect on erythropoiesis, with incomplete recovery of hemoglobin levels and occurrence of late anemia in about 15% of patients at the 60th month of therapy.This possible adverse event, which is still unrecognized and seems very rare with 2G-TKIs, could affect quality of life and should be recognized in the long-term management of CML patients. 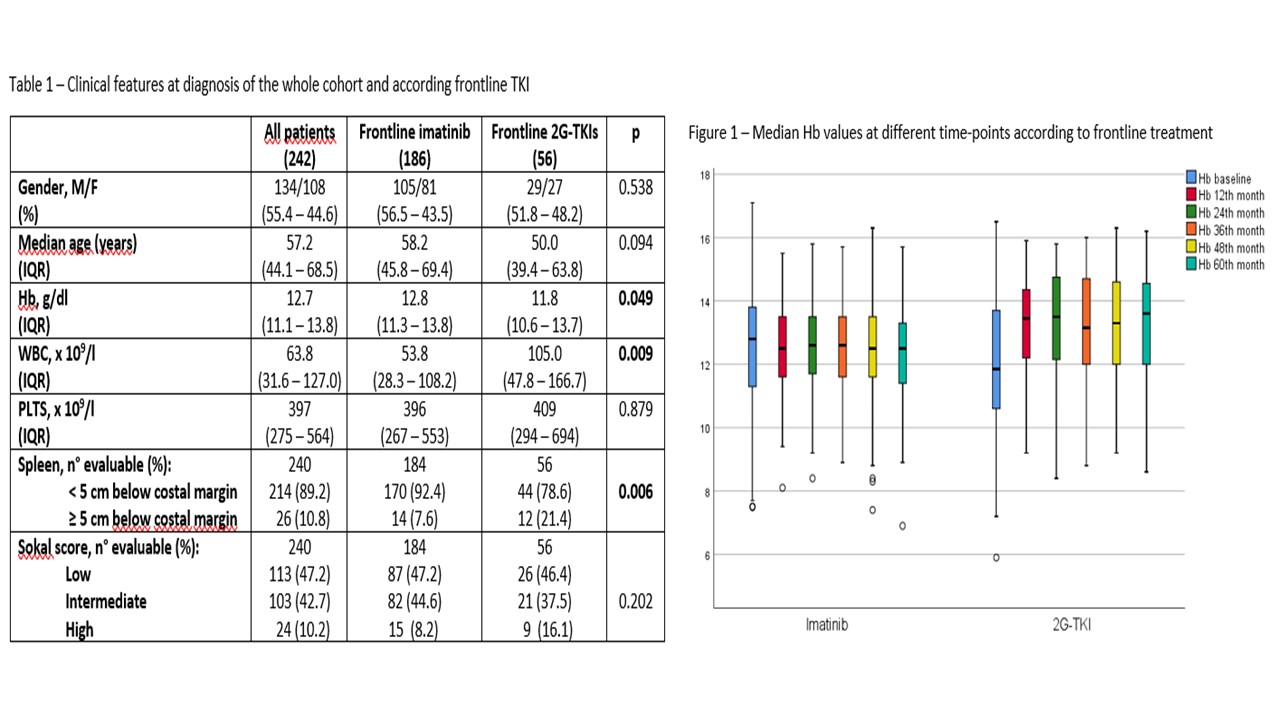