We developed an economic model assessing cost-effectiveness of liso-cel versus axi-cel for patients with R/R LBCL after ≥ 2 lines of therapy from a commercial United States (US) payer perspective.

Methods: Patients entered the model at leukapheresis and were subsequently stratified according to their pre-infusion experience (ie, whether or not they received the CAR T cell infusion due to death or other reasons). The model used a partitioned survival approach to estimate health state occupancy (progression-free survival [PFS], progressive disease, and death) and calculate incremental cost-effectiveness ratios using life-years and quality-adjusted life-years (QALY) over a lifetime horizon.

Results: Following matching and adjustment, the liso-cel effective sample size for indirect comparison was 99 patients. Patients receiving liso-cel achieved improved 5-year survival compared with axi-cel (45% vs 41%, respectively). In the base case, liso-cel dominated axi-cel with nearly equivalent QALYs (0.02) and cost savings of $75,063 (Table 1). The favorable safety profile of liso-cel, including lower rates of cytokine release syndrome and neurological events, was reflected in cost savings (−$35,464) and QALY gains (0.05) when compared with axi-cel. In probabilistic sensitivity analyses, the probability that liso-cel was more effective and less costly than axi-cel was 52% and the probability that liso-cel was cost-effective at a threshold of $100,000 was 78%. Key drivers of cost-effectiveness included the OS cure fraction and the percent of patients experiencing grade 3/4 AEs for axi-cel (Figure). Additionally, 2 scenarios that sought to adjust for differences in trial design both predicted QALY gains and cost savings for liso-cel versus axi-cel (Table 2).

Conclusions: This analysis estimated that liso-cel is cost-effective compared with axi-cel from a commercial US payer perspective, generating similar QALYs at lower cost, partly owing to a favorable safety profile associated with liso-cel. 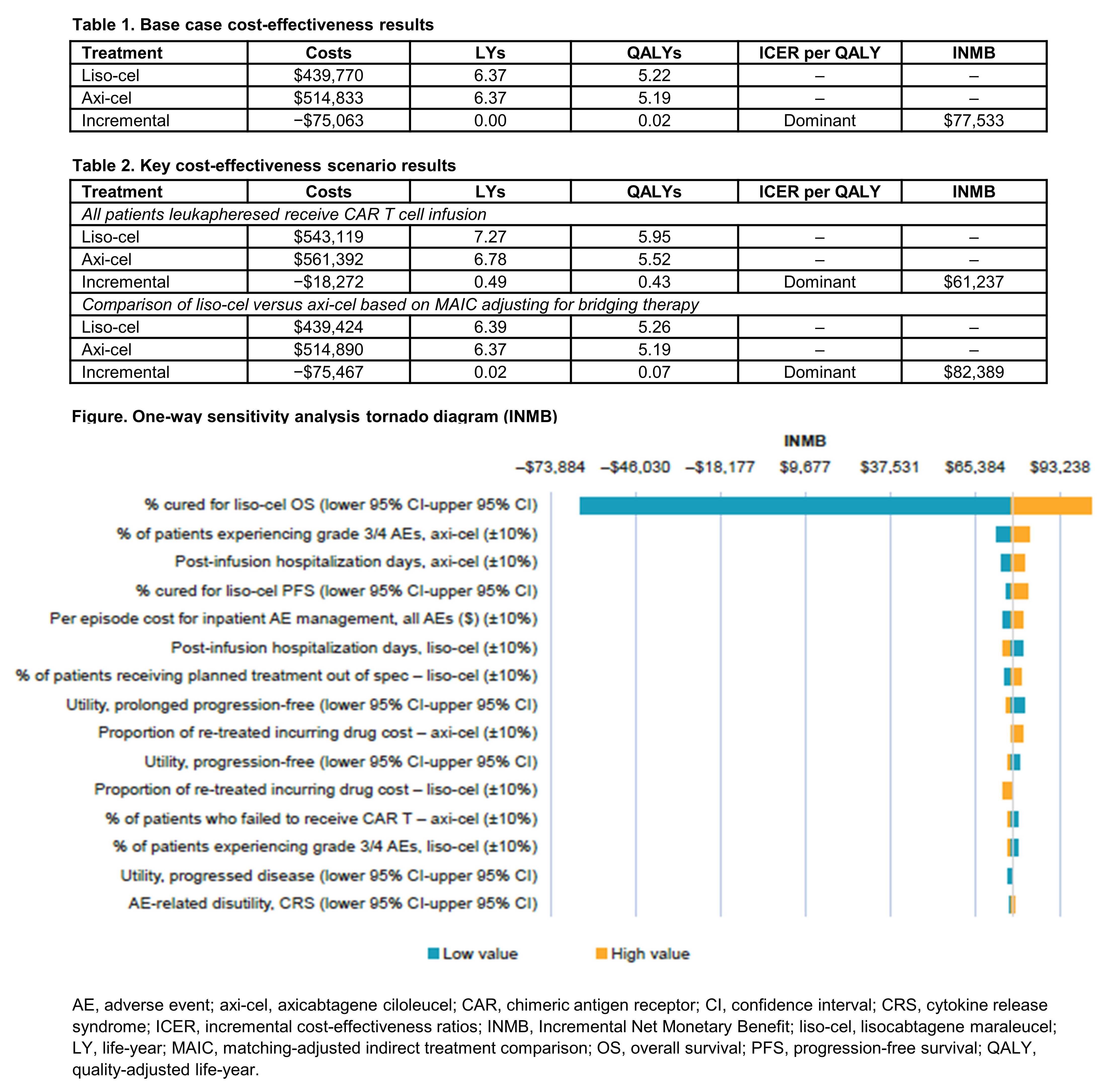