3688 Improved Clinical Outcome of Patients with Myelodysplastic Syndrome (MDS) Progressing after Hypomethylating Agent: In the Era of Novel Therapies

Historically, clinical outcome of patients with myelodysplastic syndrome (MDS), progressing on hypomethylating agents (HMA; azacitidine or decitabine) has been dismal with median overall survival (OS) of less than 6 months (Jabbour et al. Cancer 2010). With recent approval of venetoclax based combinations for acute myeloid leukemia (AML) and CPX-351 for AML with MDS related changes (primary or secondary), clinical outcome has improved in sub-set of high-risk patients compared to historical cohorts. Hence, we analyzed clinical outcome of MDS patients progressing on HMA, in the current era of novel therapies.

To the best of our knowledge, this is the first report analyzing outcome of MDS patients progressing on HMA in the recent era. Acknowledging the limitations of retrospective analysis, our report suggests improved outcome of these high-risk patients compared to historical data. Utilizing venetoclax plus HMA combination earlier in patients with high-risk MDS as being evaluated in VERONA trial and consolidation therapy with SCT in eligible patients have potential to improve long term outcome of this group of high-risk patients. 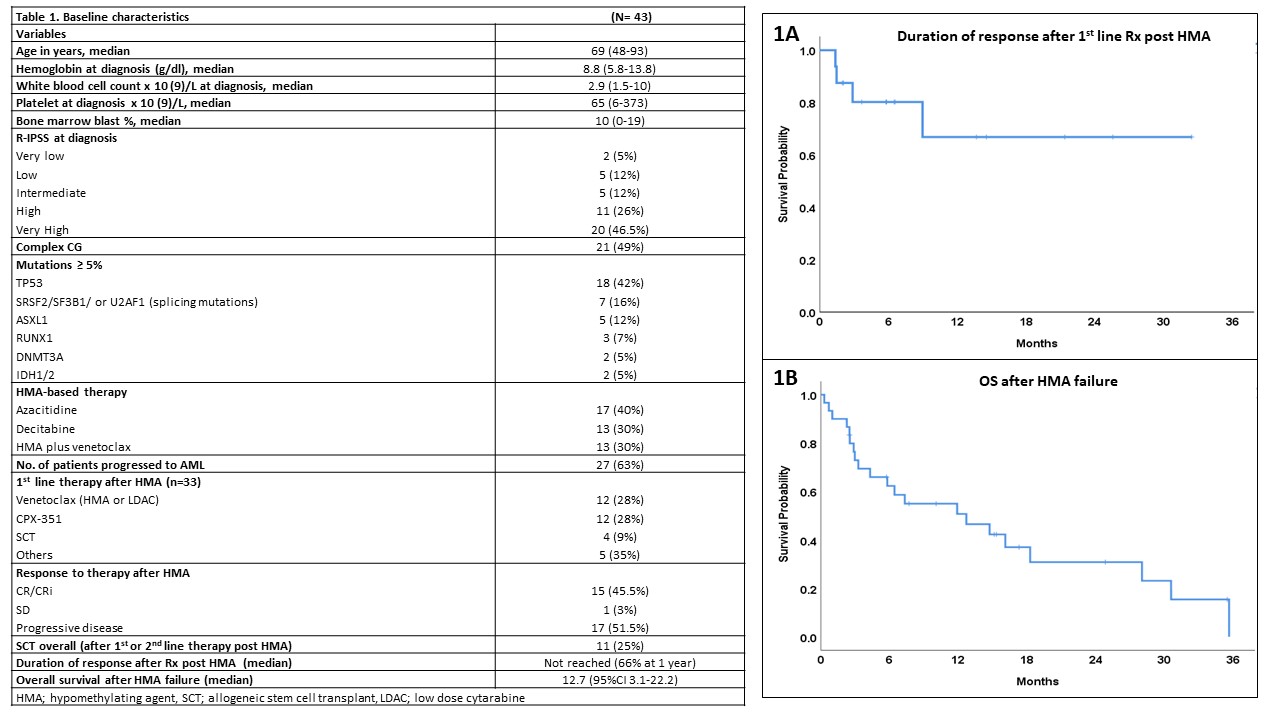