Introduction: Acute lymphoblastic leukemia (ALL) is the most common cancer affecting children and its cure rates are close to 90%. Nevertheless, relapsed ALL is still a major cause of cancer-associated deaths in children. Therefore, the multicenter trial Acute Lymphoblastic Leukemia-Relapse Study of the Berlin-Frankfurt-Münster Group (ALL-REZ BFM) 2002 was designed to improve the prognosis of children with relapsed ALL by introducing new chemotherapy elements. Little is known though about the prognostic relevance of deviations from the ALL protocols. This study aimed to investigate the characteristics of such protocol deviations and to determine their prognostic relevance for the relapsed disease.

Methods: We performed a retrospective analysis of 686 children and adolescents up to 18 years of age with first relapse of ALL who were enrolled between 2002 and 2012 in the ALL-REZ BFM 2002 Study. Deviations were identified in terms of time and type. In order to investigate the prognostic importance of the time delay, the 90th percentile of delays between defined treatment elements (i.e. 15.5 days) was used as a cut-off point. Furthermore, deviations were categorized as avoidable (logistics, family/PI decisions) and non-avoidable (clear medical indication). 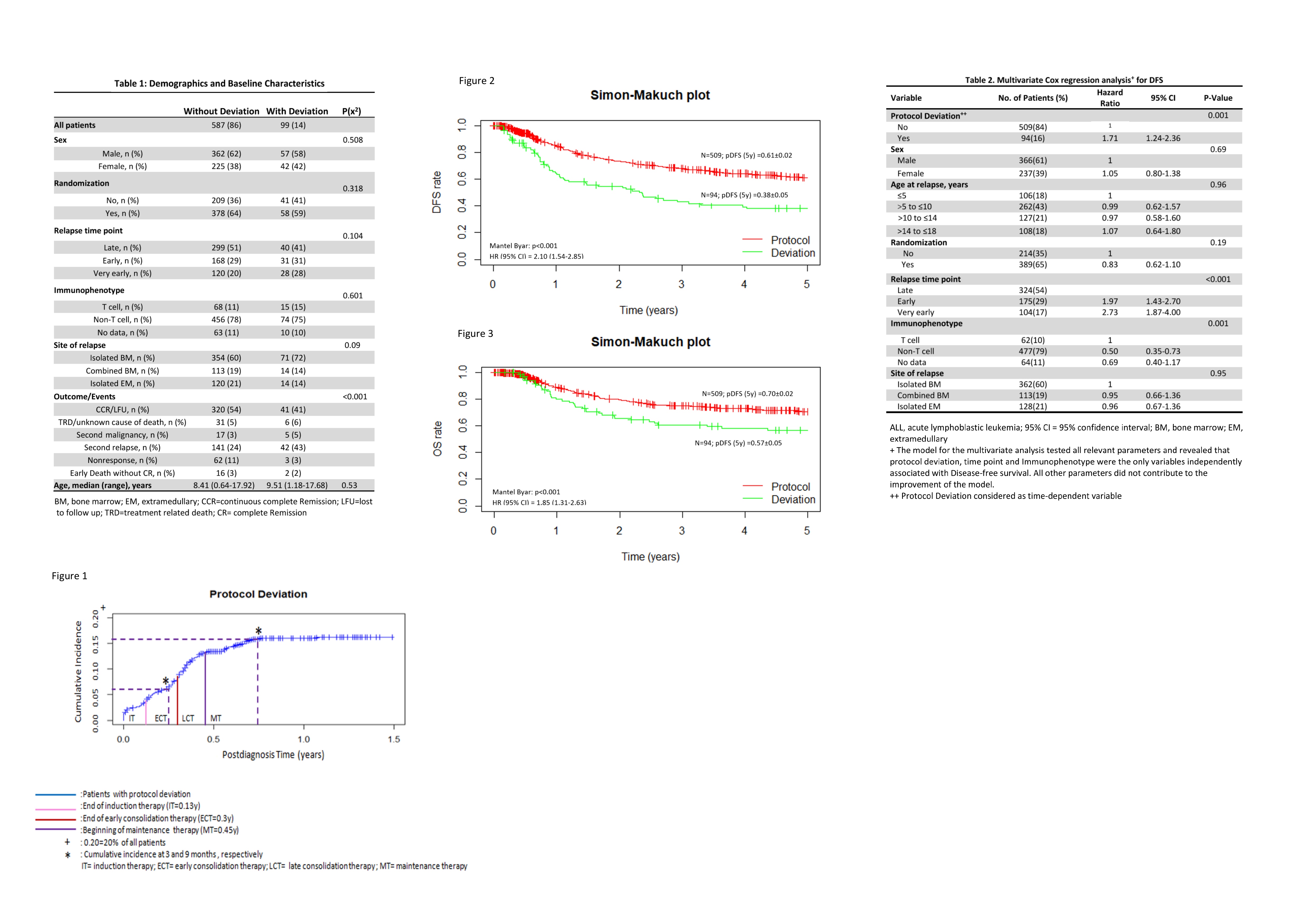