Methods: Adult pts with R/R large B-cell lymphoma (LBCL) and mantle cell lymphoma (MCL) receiving commercially available CD19 CAR T cells were enrolled. Pts received anakinra 100mg subcutaneous every 12 hours starting either on day 2 of CAR T cell infusion or after 2 documented fevers of ≥38.5 prior to day 2, whichever was earlier. Anakinra was continued for a minimum of 10 days, and the dose could be increased to 100mg every 6 hours and continued beyond 10 days in the case of persistent or progressing CRS and ICANS. Pts received tocilizumab and/or corticosteroids after anakinra initiation for persistent or worsening CRS or ICANS. CRS and ICANS were assessed per the ASTCT consensus grading. Disease response was assessed per the Lugano criteria. The primary objective was to determine the rate of severe ICANS within the first 28 days of CAR T cell infusion. Secondary objectives included assessment of severe CRS, all grades of CRS and ICANS, disease response and serum and CSF cytokines.

Conclusion: Early use of IL-1 receptor inhibitor anakinra appears to be safe and feasible, and reduces the rates of both severe CRS and ICANS with the comparable response rates in adult pts with R/R B-cell lymphoma receiving CD19 CAR T cells. The overall severe CRS and ICANS rates were 6% each with relatively low utilization of tocilizumab (29%) and corticosteroids (19%). In pts receiving axicabtagene, the rate of severe ICANS was 4%. A longer follow-up is needed to assess durability of remission, but the study provides strong support for continued investigation of IL-1 inhibition in prevention of severe ICANS. Further exploratory analysis is planned to address the impact of anakinra on changes in serum and CSF cytokines. 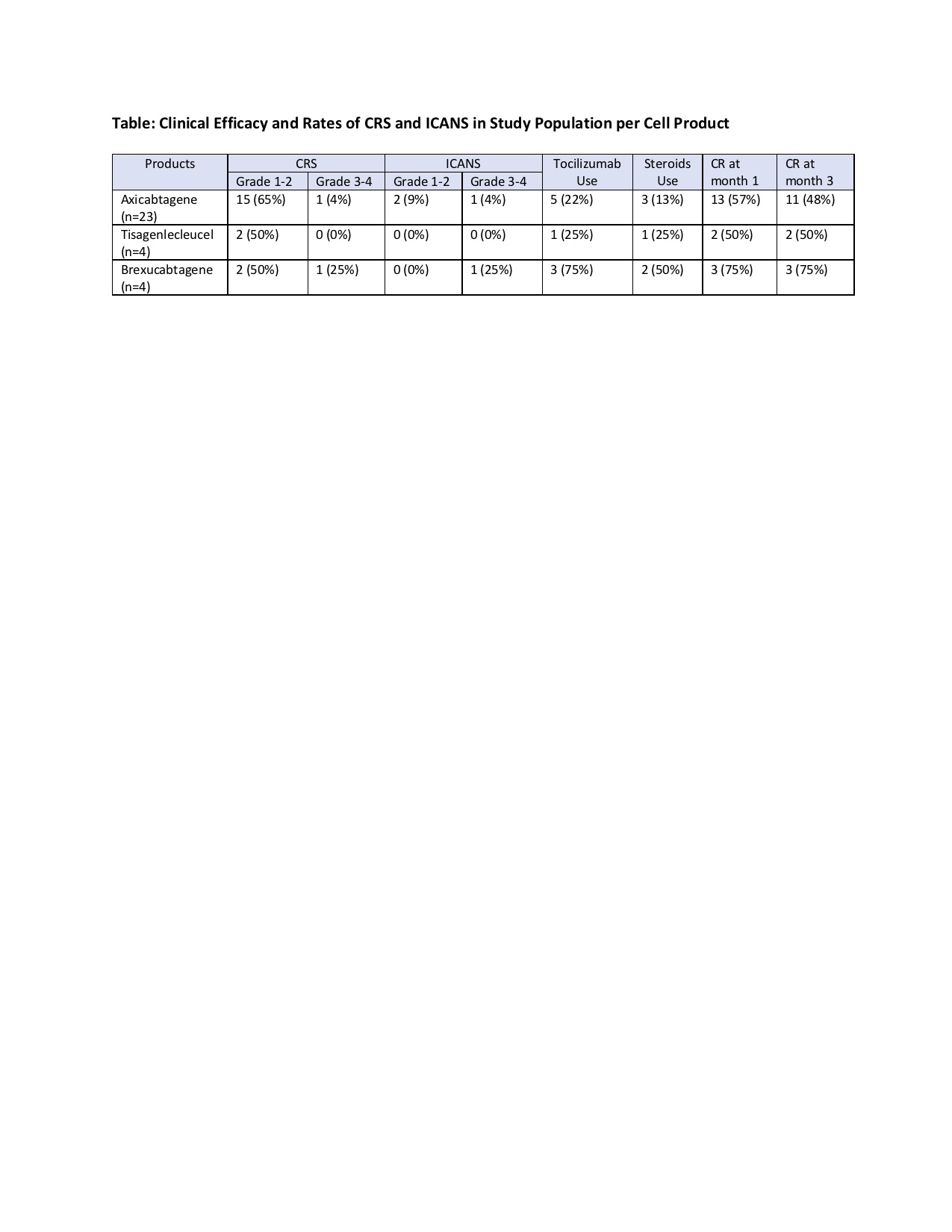 OffLabel Disclosure: Anakinra for prevention of CRS and ICANS associated with CD19 CAR