308 Correlations between Mutations in Cancer-Related Genes, Therapy Responses and Outcomes of the 3rd Generation Tyrosine Kinase-Inhibitor (TKI) in Persons with Chronic Myeloid Leukemia Failing Prior TKI-Therapy

Background Most, but not everyone with chronic myeloid leukaemia (CML) responds to imatinib or 2nd-generation tyrosine kinase-inhibitors (TKIs). Mutations in cancer-related genes and in other than ABL1 may explain variable responses and outcomes to the 3rd-generation TKIs including ponatinib and olverembatinib.

Aim Interrogate correlations between mutations in cancer-related genes and therapy responses and outcomes to 3rd-generation TKIs.

Methods We used deep targeted sequencing for cancer-related mutations and Sanger sequencing for BCR::ABL1 on DNA samples from 167 subjects with CML failing to the prior imatinib and/or 2nd-generation TKI-therapy and just before receiving a 3rd-generation TKI. Gene ontology (GO) analysis was used to evaluate functional enrichment in GO terms among mutated genes. Optimal cut-offs for variant allele frequencies (VAFs) of the common mutations were determined by analyzing receiver-operator characteristic (ROC) curves. A Cox multi-variable regression model was used to identify correlations between mutations in cancer-related genes and therapy responses and outcomes of 3rd-generation TKI-therapy. 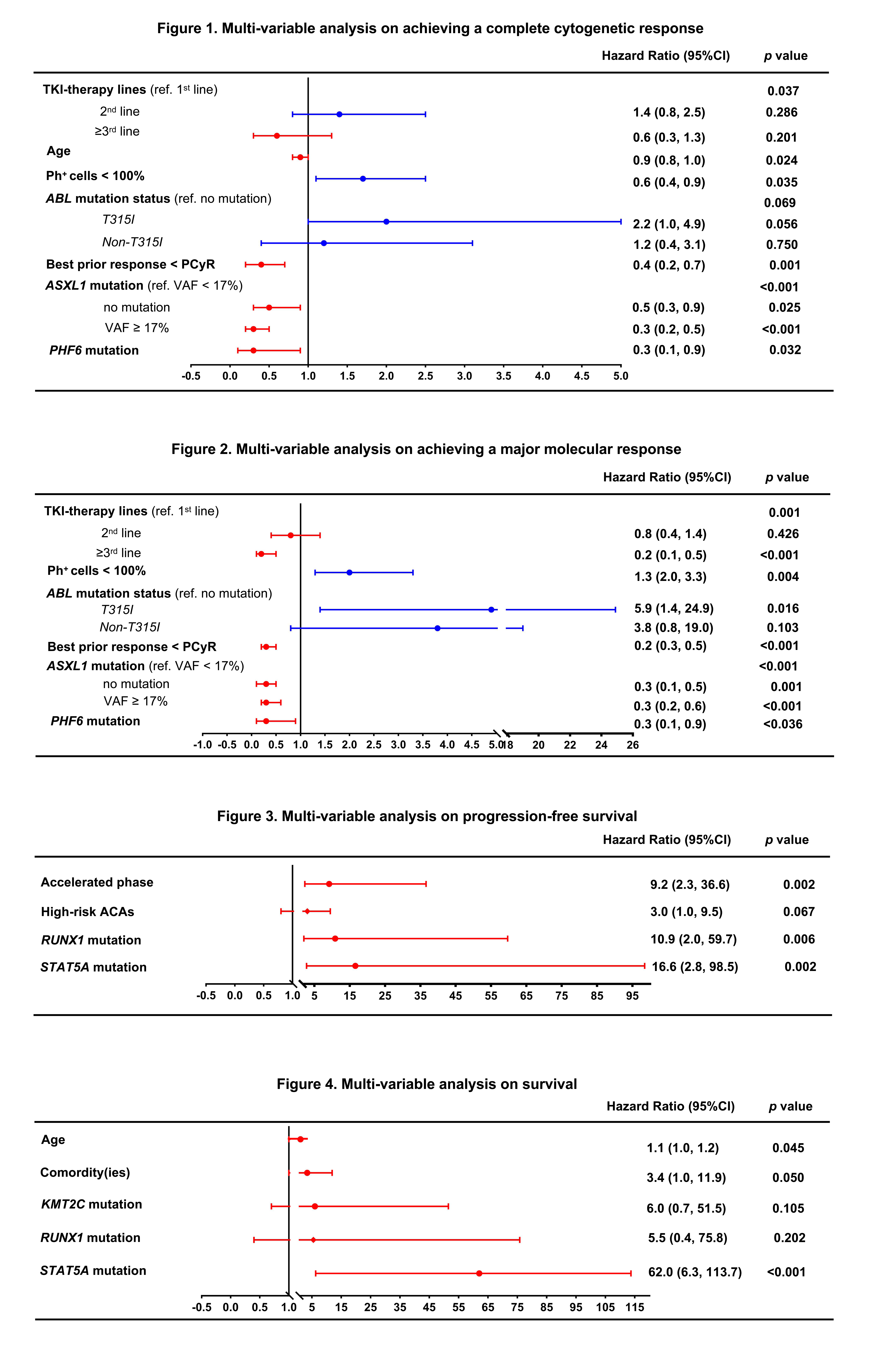