3229 Safety and Efficacy of Apixaban Thromboprophylaxis in Ambulatory Cancer Patients By Renal Function: A Subgroup Analysis of the Avert Trial

Patients with cancer have an increased risk of venous thromboembolism (VTE) and associated morbidity and mortality. Renal dysfunction is more common in patients with cancer, leading to heightened risks of bleeding and thrombotic complications. In the AVERT trial, thromboprophylaxis with apixaban resulted in a significantly lower rate of VTE and higher rate of major bleeding compared to placebo among intermediate-to-high-risk ambulatory cancer patients starting chemotherapy. As apixaban depends on some degree of renal clearance, there may be concerns regarding the safety and efficacy of apixaban thromboprophylaxis in patients with renal insufficiency. In this post-hoc analysis of AVERT, we evaluated the efficacy and safety of apixaban thromboprophylaxis according to renal function at randomization.

Eligible patients were randomized to apixaban (2.5mg twice daily) or placebo. First dose of study drug was given within 24 hours of the first chemotherapy administration with the intended treatment period of 180 days. For this subgroup analysis, the efficacy and safety of apixaban thromboprophylaxis was evaluated accordingly to renal function (calculated creatinine clearance [CrCl] by Cockcroft-Gault Equation) at randomization. Patients with CrCl < 30 mL/min were excluded from the trial. The primary efficacy outcome was objectively confirmed major VTE (proximal deep vein thrombosis or pulmonary embolism) within 180 days (±3 days) following randomization. The primary efficacy outcome was evaluated by modified intention-to-treat analysis, which included all patients who had undergone randomization and received at least one dose of study medication on or before day 180 (±3 days). The primary safety outcome was major bleeding defined by the International Society on Thrombosis and Haemostasis criteria. The primary safety outcome was evaluated by on-treatment analysis, when events were counted only if they occurred on study drugs or up to two days after discontinuation of the study drugs. Secondary outcomes included clinically relevant non-major bleeding and overall mortality. 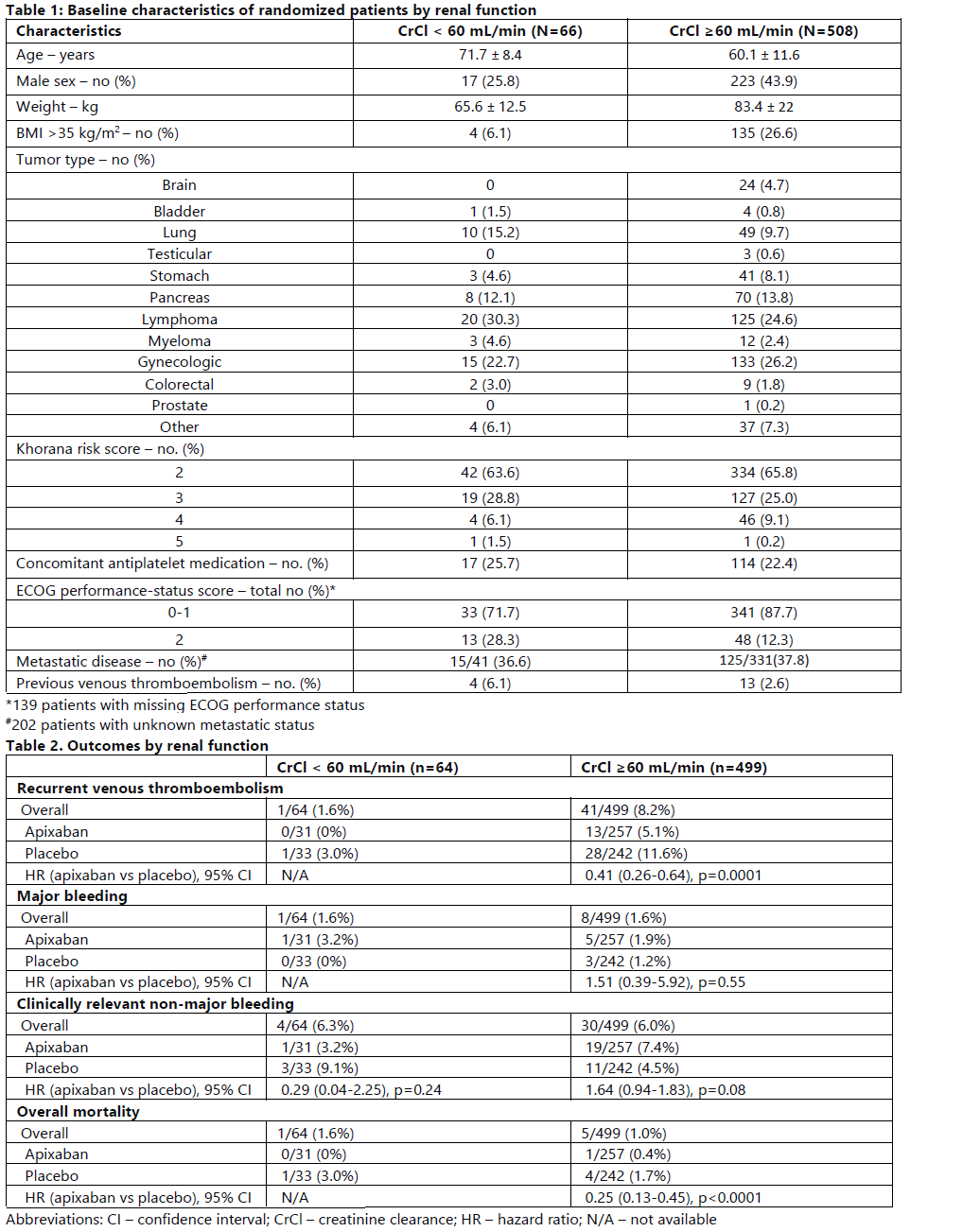