Although myeloproliferative neoplasms (MPN) are driven by three mutually exclusive driver mutations (JAK2, CALR and MPL), targeted deep sequencing studies identified multiple additional somatic mutations potentially impacting MPN evolution. Presence of a high molecular risk (HMR: ASXL1, EZH2, SRSF2 and IDH1/2) or a TP53 mutations has been associated with adverse prognosis. However, to date, the effect of clonal evolution (CEv) on MPN patients’ outcome has not been evaluated, as most of the studies assessed mutational-based prognosis stratification from single baseline molecular genotyping. The objective of our study was to describe the clinical and molecular characteristics of patients with CEv in a large cohort of MPN patients and analyze its impact on patients’ outcome.

A total of 1538 consecutive patients were diagnosed with MPN according to WHO criteria and followed in our hospital between January 2011 and January 2021. From this large retrospective cohort, we included in this study 446 patients who had at least 2 molecular analyses during the chronic phase of MPN, performed at diagnosis and/or during follow-up using next generation sequencing (NGS), targeting a panel of 36 genes involved in myeloid malignancies. Significant variants were retained with a sensitivity of 1%. CEv was defined as the acquisition of a new additional non-driver mutation between baseline and subsequent NGS evaluation. Statistical analyses were performed using the STATA software (STATA 17.0 for Mac Corporation, College Station, TX). 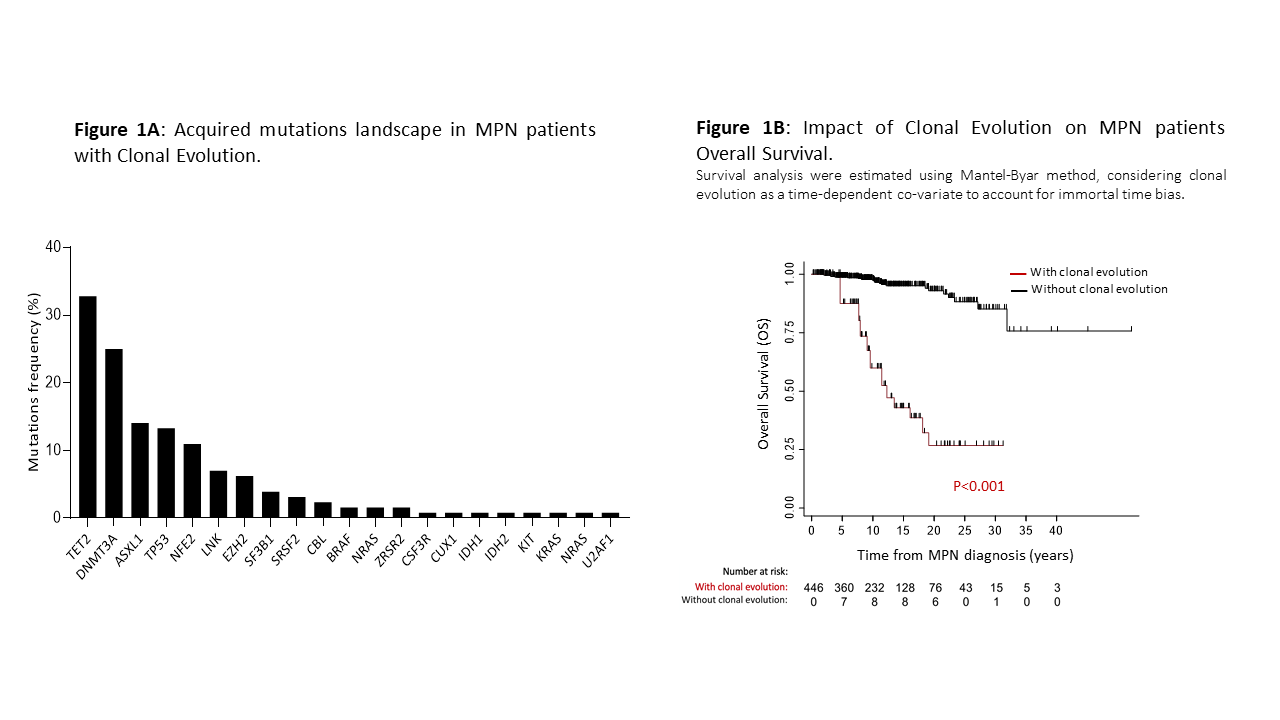