Introduction: Cancer-associated thrombosis (CAT) is common among patients with cancer. Risk factors for CAT include type of malignancy, advanced stage, and chemotherapy treatment, but the association of CAT with race and ethnicity remains controversial. Identifying the incidence of CAT among populations susceptible to inequalities in healthcare delivery may help delineate preventive strategies.

Incidence rates were assessed per 100 person-year (py) within 1 year of diagnosis and stratified by race/ethnicity, cancer type, and cancer stage. Cumulative incidence of VTE was assessed through competing risk method with death as the competing cause. Multivariable Fine-Gray competing risk models were performed to determine the effect of race/ethnicity on the risk of CAT, adjusted for age, sex, body mass index, insurance, cancer site, stage, systemic therapy, recent hospitalization, and prior history of VTE.

Conclusion: In the current cancer registry-linked EHR cohort with a high proportion of Hispanics and Blacks from a large safety-net healthcare system in the US, we have observed a high incidence rate of CAT at 11/100 py. This rate is much higher than 3.9-5.8/100 py reported in contemporary cancer registries in Europe (PMID 27709226, 33171494), and likely reflects advanced disease and comorbidity at the time of diagnosis due to delayed care from the lack of health insurance. Despite adjusting for patient-, cancer-, and treatment-specific confounders, we found that Hispanics and Asian/PI had ~20% and ~50% lower rate of VTE, respectively, compared to NHW or NHB. This racial/ethnicity difference should be considered in future risk assessment models for CAT. 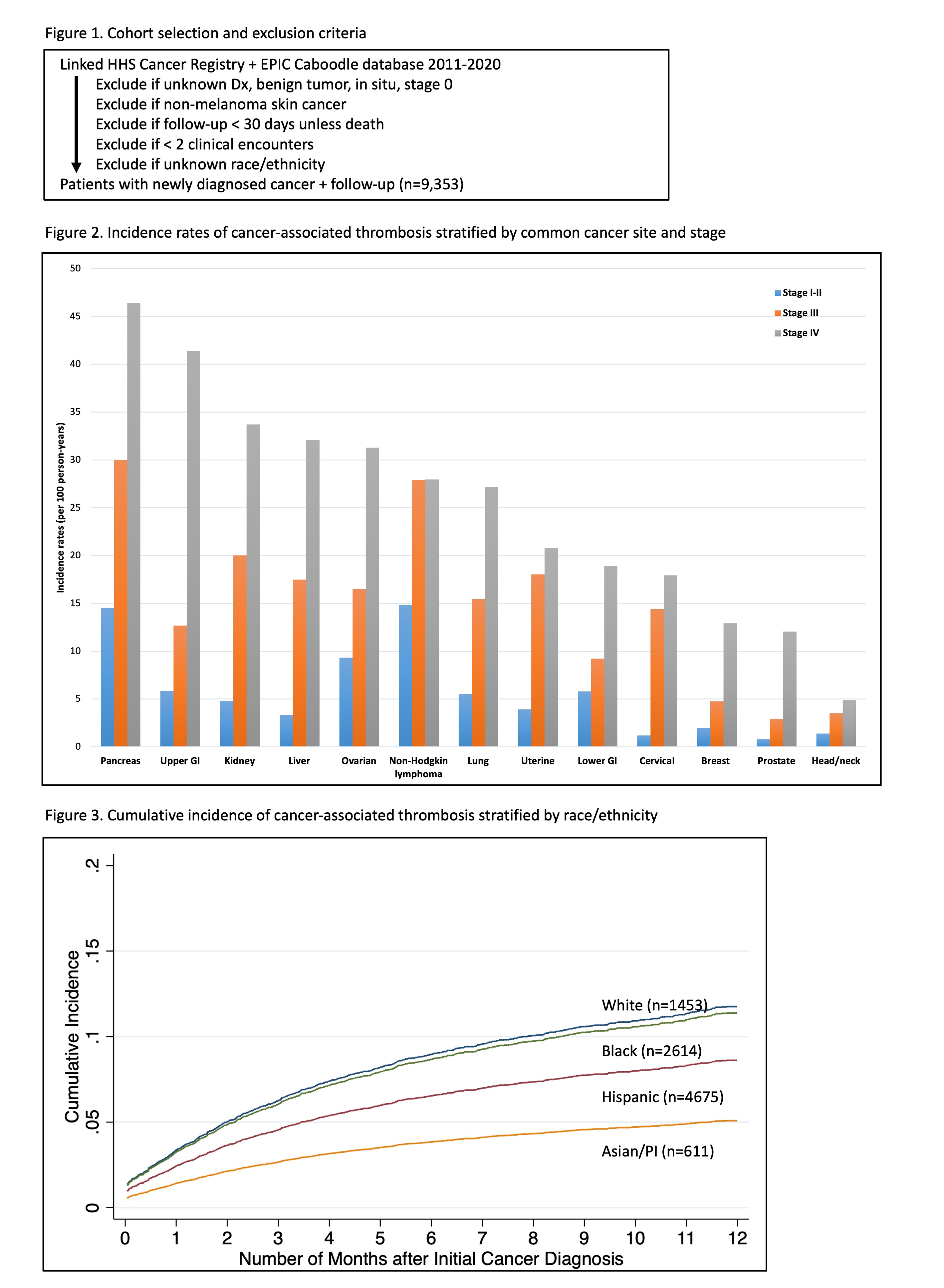