Background: Apixaban is a treatment option for venous thromboembolism (VTE) in cancer patients. There are no data on the effect of low dose apixaban after 6 months treatment. We wanted to assess the efficacy and safety of apixaban 2.5 mg twice daily as prophylaxis for recurrent VTE after 6 months initial treatment with full-dose apixaban.

Patients and methods: We included 298 patients with cancer and any type of VTE. All patients were treated with full dose apixaban for the first 6 months. After 6 months, all patients with active cancer continued with apixaban 2.5 mg twice daily and were followed for the next 30 months. The primary endpoint of efficacy was recurrent VTE, the primary safety endpoint was major bleedings. Clinically relevant non-major bleedings was a secondary endpoint. The endpoints are reported as incidence rates or fractions with 95% confidence intervals, and as Kaplan-Meier plots. 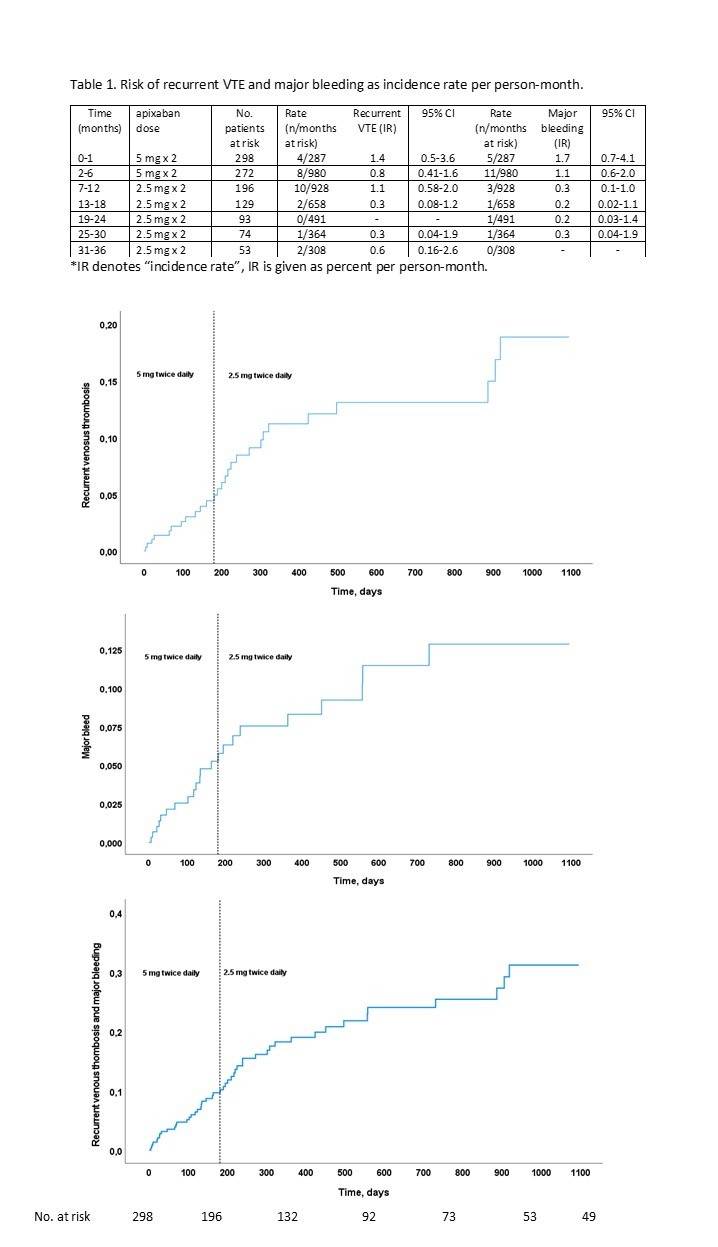