Conclusion: In the primary analysis of ZUMA-12, axi-cel demonstrated a high rate of rapid and complete responses in patients with high-risk LBCL, a population with high unmet need. With 15.9 months of median follow-up, responses were durable as medians for DOR, EFS, and PFS were not yet reached and over 70% of patients remained in response at data cutoff. No new safety signals were reported with axi-cel in an earlier line. Overall, axi-cel may benefit patients exposed to fewer prior therapies, and further trials in first-line high-risk LBCL are warranted to assess axi-cel in this setting. 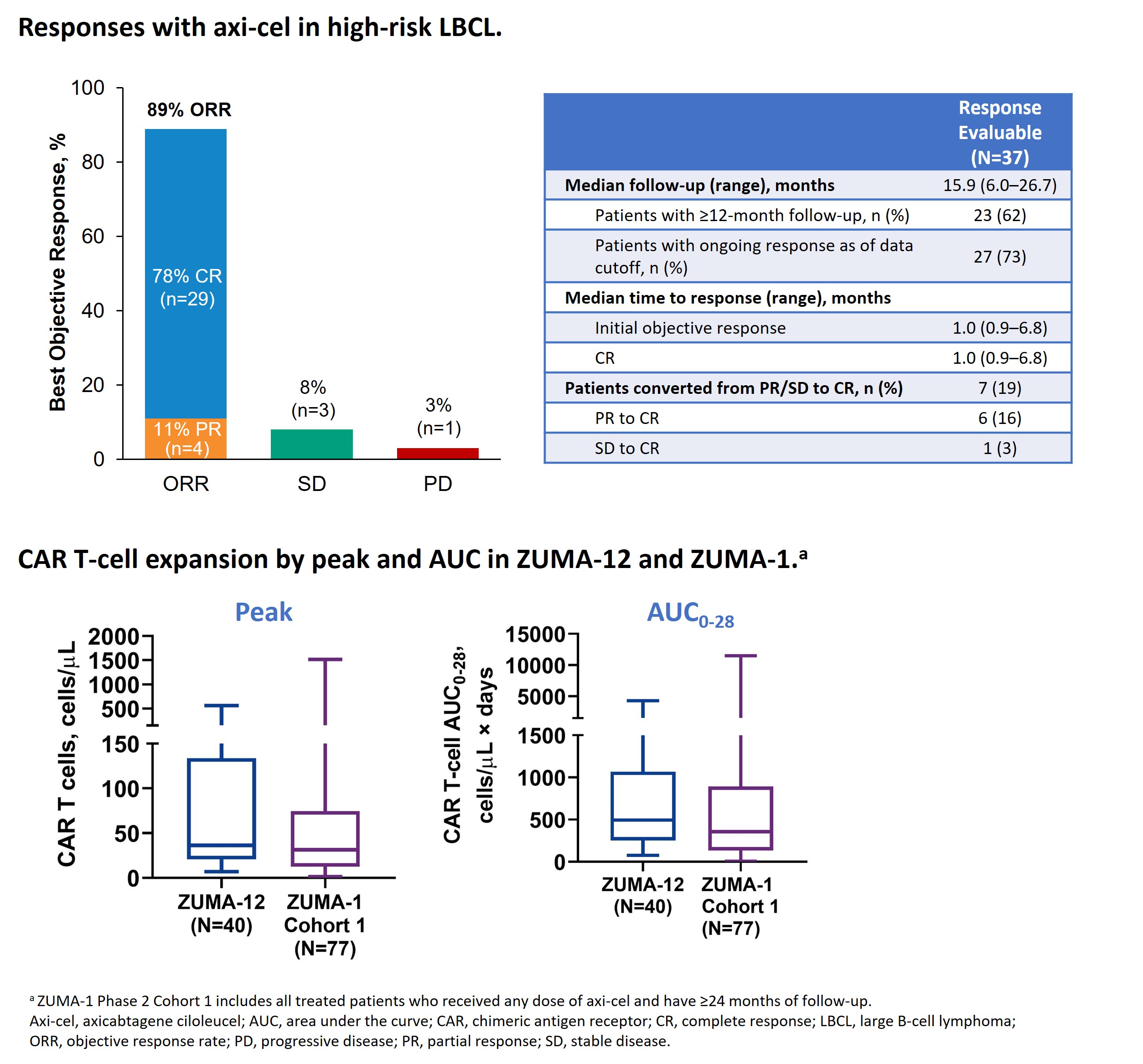