Methods: Eligible pts were 18-65 years of age, had NDMM and were ASCT eligible. Pts were randomized 1:1 to 4 (28-day) cycles of pre-ASCT induction and 2 (28-day) cycles of post-ASCT consolidation with D-VTd or VTd (bortezomib, 1.3 mg/m2 SC on Days 1, 4, 8, 11; thalidomide, 100 mg PO daily; dexamethasone, 20-40 mg IV/PO; ± DARA, 16 mg/kg IV weekly (QW) in Cycles 1-2, Q2W in Cycles 3-6). Pts who completed consolidation and achieved partial response or better were re-randomized 1:1 to maintenance DARA at reduced intensity (DARA, 16 mg/kg Q8W) for a maximum of 2 years, or OBS. Samples were collected for MRD analysis at predefined timepoints from all pts regardless of response to ind/cons and in pts with very good partial response or better during maintenance. The primary MRD assessment methodology was multiparametric flow cytometry during ind/cons and next-generation sequencing during maintenance, each at the 10–5 threshold. MRD negativity is reported here for pts who achieved complete response or better. 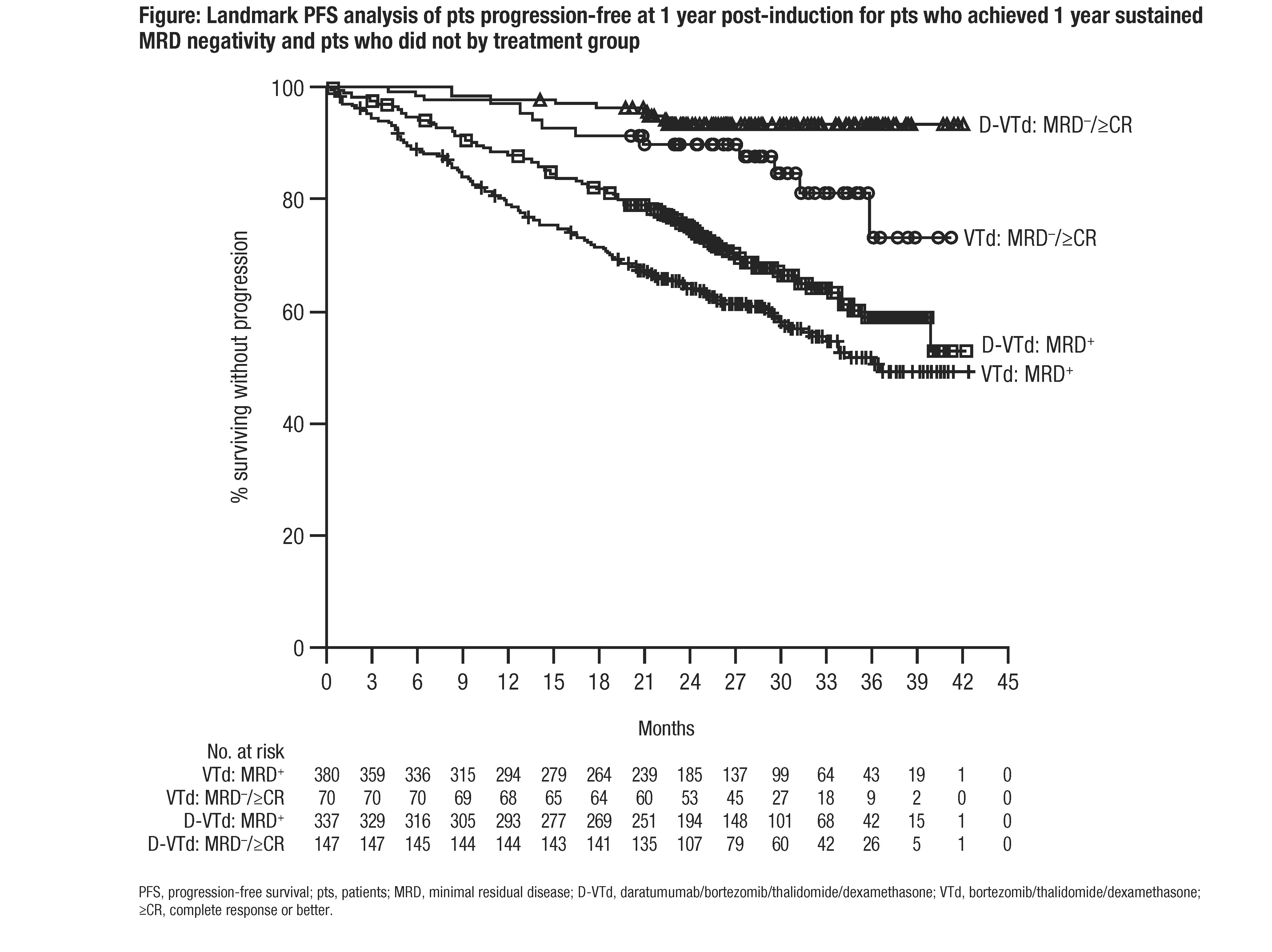 OffLabel Disclosure: The specific regimen combination is not yet approved in the maintenance setting.