A number of cytogenetic abnormalities (CAs) are associated with poorer prognosis in MM, including del(17p), t(4;14), t(14;16), and amp1q21. There is a general consensus that treatment with proteasome inhibitors (PIs) benefits pts carrying these CAs (Sonneveld Blood 2016). This meta-analysis of four phase 3 studies assesses PFS benefit in pts receiving the oral PI ixa vs pbo regarding the specific adverse CAs.

This pooled analysis demonstrated a PFS benefit with ixa-based therapy vs pbo-based therapy regardless of the presence of specific adverse CAs, with a similar magnitude of benefit in pts with (expanded) high-risk CAs and the respective complementary standard-risk groups. However, due to the differences in study eligibility criteria and pt populations, ixa combined with Rd or as single-agent maintenance therapy may not abrogate the negative impact of high-risk CAs. Analyses of PFS in subgroups with specific CAs indicated that the greatest magnitudes of benefit (lowest HRs) with ixa-based vs pbo-based therapy were in pts with t(4;14) (HR 0.68) and pts with amp1q21 (HR 0.77), suggesting that the improved outcome with ixa-based vs pbo-based therapy in the expanded high-risk subgroup was primarily driven by PFS differences in pts with these more common CAs. Further study is needed, and additional sensitivity analyses will be presented in subsequent publications. 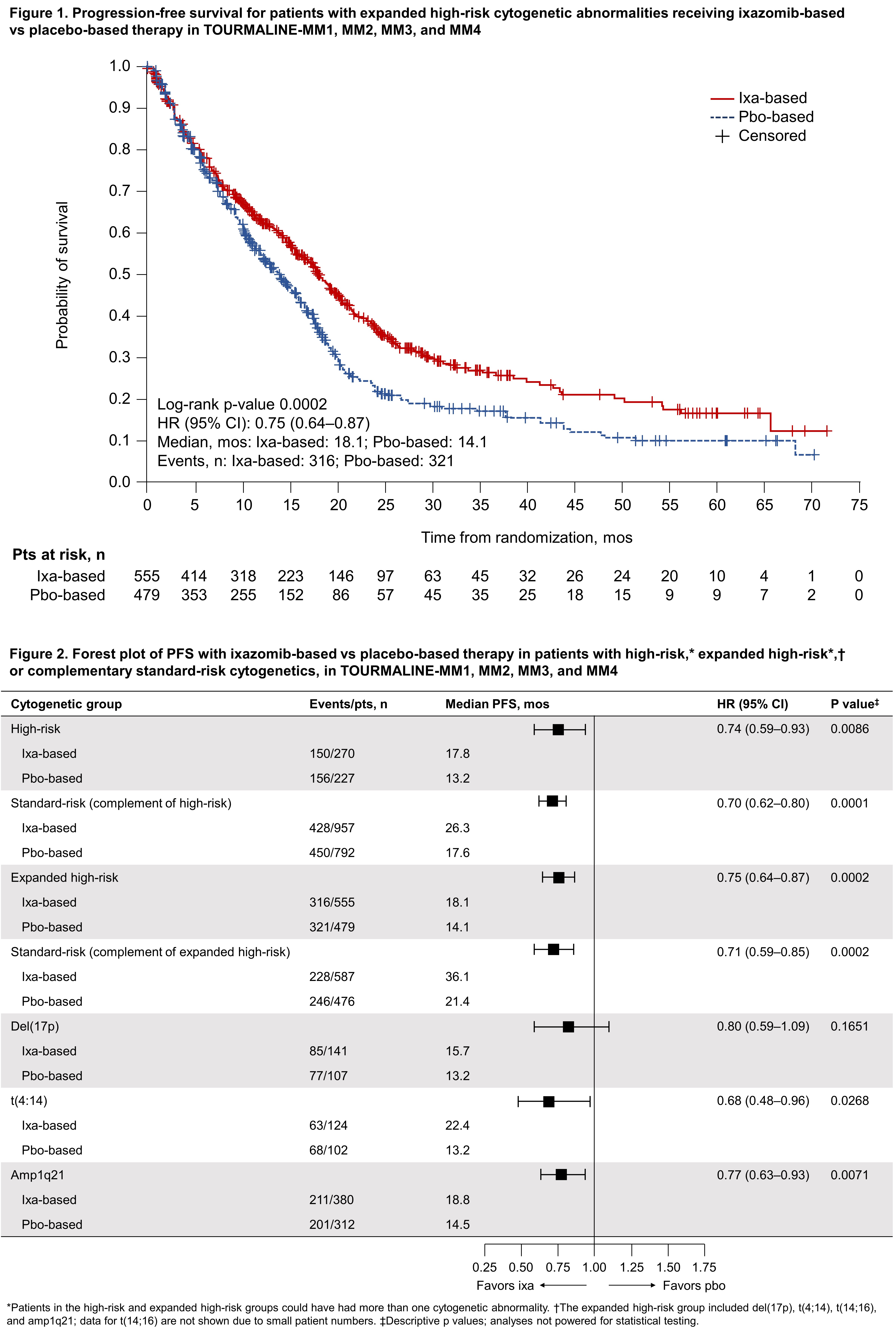 OffLabel Disclosure: Use of the oral proteasome inhibitor ixazomib for the initial treatment of multiple myeloma and as maintenance treatment following stem cell transplantation or induction therapy in newly diagnosed patients