Introduction: Health disparities are major issue for racial, ethnic, and socioeconomically disadvantaged groups. Though outcomes in childhood acute lymphoblastic leukemia (ALL) have steadily improved, identifying persistent disparities is critical. Prior studies evaluating ALL outcomes by race or ethnicity have noted narrowing disparities or that residual disparities are secondary to differences in leukemia biology or socioeconomic status (SES). We aimed to identify persistent inequities by race/ethnicity and SES in childhood ALL in the largest cohort ever assembled for this purpose.

Conclusions: Substantial disparities in survival outcomes persist by race/ethnicity and SES in the modern era. Our findings suggest that reasons for these disparities vary between specific disadvantaged groups. Additional work is required to identify specific drivers of survival disparities that may be mitigated by targeted interventions. 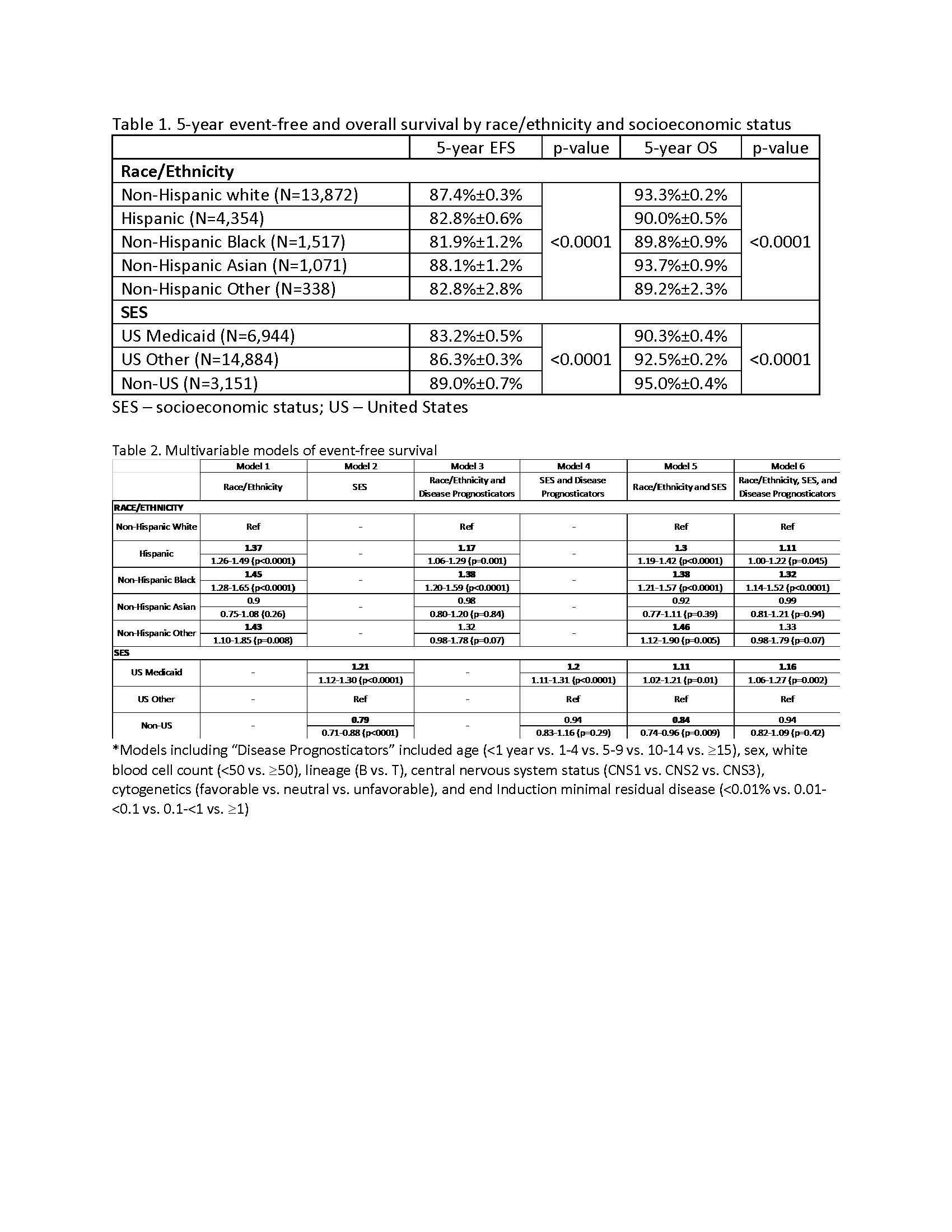