Hodgkin lymphoma (HL) represents ~10% of all lymphomas in the United States (US) with classical HL (cHL) accounting for ~95% of all HL cases. cHL has a bimodal age distribution with peaks at ages 15-39 and ≥75 years. As part of CONNECT, the first real-world survey in cHL to include physicians, patients, and caregivers, patient treatment preferences for those with stage III or IV cHL were explored and differences evaluated between those aged <40 years (corresponding to the upper end of the age range for adolescence and young adulthood [US National Cancer Institute]) and ≥40 years at diagnosis.

The CONNECT patient survey was a non-interventional patient-centered survey. Participants included were aged ≥18 years at the time of participation (aged ≥12 years at diagnosis), diagnosed with cHL within the past 10 years, and previously or currently being treated for cHL in the US. The CONNECT survey was reviewed and approved by the New England Institutional Review Board and administered from December 30, 2020, to March 1, 2021.

Treatment goals differ significantly between participants with stage III or IV cHL based primarily on age, with those aged <40 years focusing on cure and aggressive treatments and those ≥40 years focusing on living longer and obtaining a good quality of life. Additionally, participants aged <40 compared with those ≥40 years were more willing to accept short-term risks in exchange for long-term benefits. Lastly, regardless of age, most participants were told about short-term and long-term side effects in discussion of treatment options with their HCP. 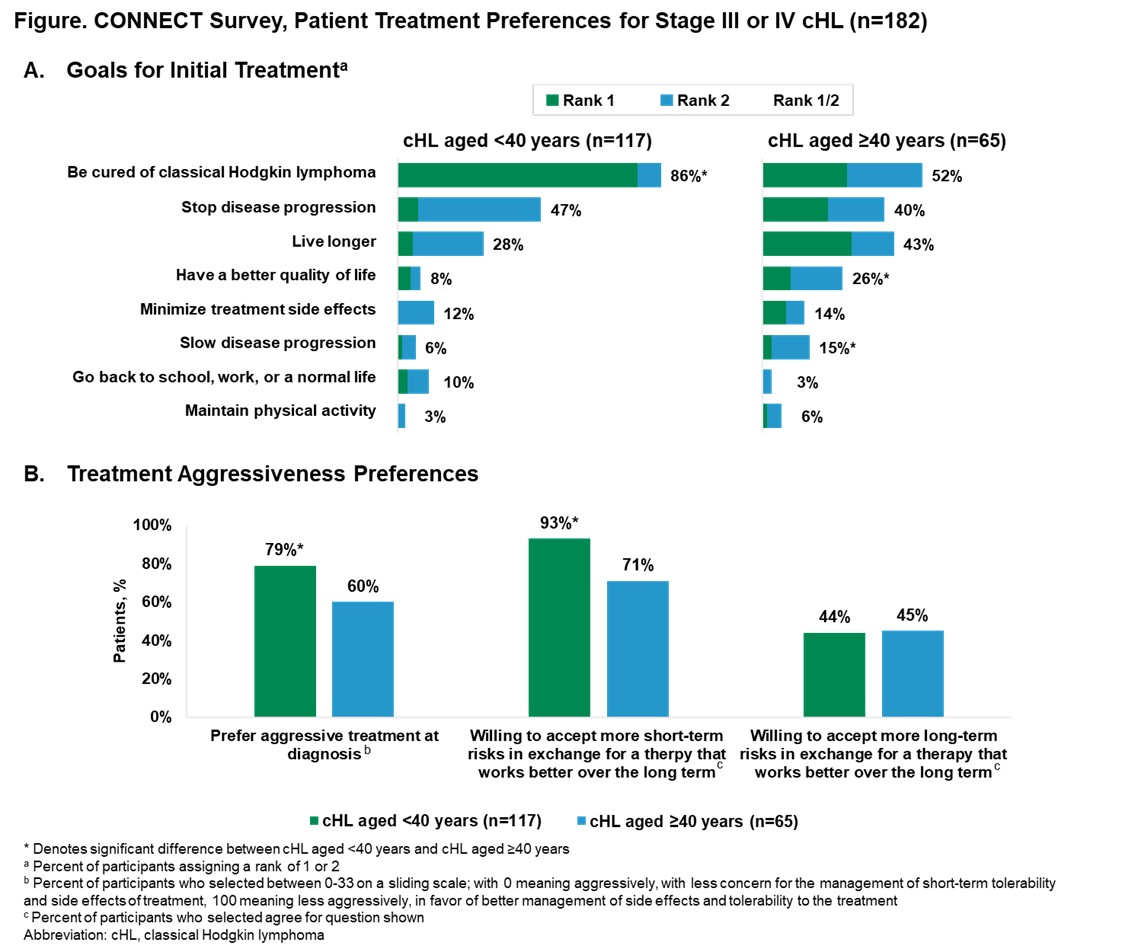