The treatment of aggressive B-cell NHL has evolved rapidly over the last 5 years, owing to the FDA approval of 3 CD19 CAR T-cell constructs (CARTs) along with other novel targeted therapies. Real world practice data suggest that CARTs have been successfully administered in populations typically excluded from clinical trials. However, data on how to best utilize novel targeted agents as a pathway to CARTs and feasibility of CARTs in rare histologies remains limited. This retrospective multicenter study describes patient (pt) selection and practice patterns in pts treated with CD19 CARTs and provides insight on feasibility of CARTs in special populations.

For outcomes according to bridging regimens: mPFS after CART for most commonly used systemic bridging therapies was 86 days (d) for platinum-based chemotherapy, 77 d for imids, 90 d for BTKis, 98 d for polatuzumab-bendamustine/rituximab, and 274 d for XRT. Median PFS for XRT bridging (274 d) was statistically better when compared to mPFS for listed systemic therapies combined (p <0.05) (Fig 2).

Survival outcomes with CARTs in our data set are consistent with those reported in clinical trial settings. CARTs are utilized in real world practice in rare subsets of aggressive R/R B-cell NHL not routinely included in clinical trials. Despite early data suggesting pts with sCNSL benefit from CART, our data suggest outcomes with CART are dismal in this group. Targeted therapies including imids, polatuzumab, BTKis and CBIs are feasible choices for salvage and/or bridging as a pathway to CARTs. Bridging with XRT resulted in improved mPFS post CART as compared to bridging with systemic therapies and suggests differences in pt selection for each with systemic therapies likely favored in those with more widespread disease burden. Minimal use of CD19-targeted agents pre-CART is attributed to later approval of these agents and concern for potential loss of CD19 antigen leading to CART resistance. 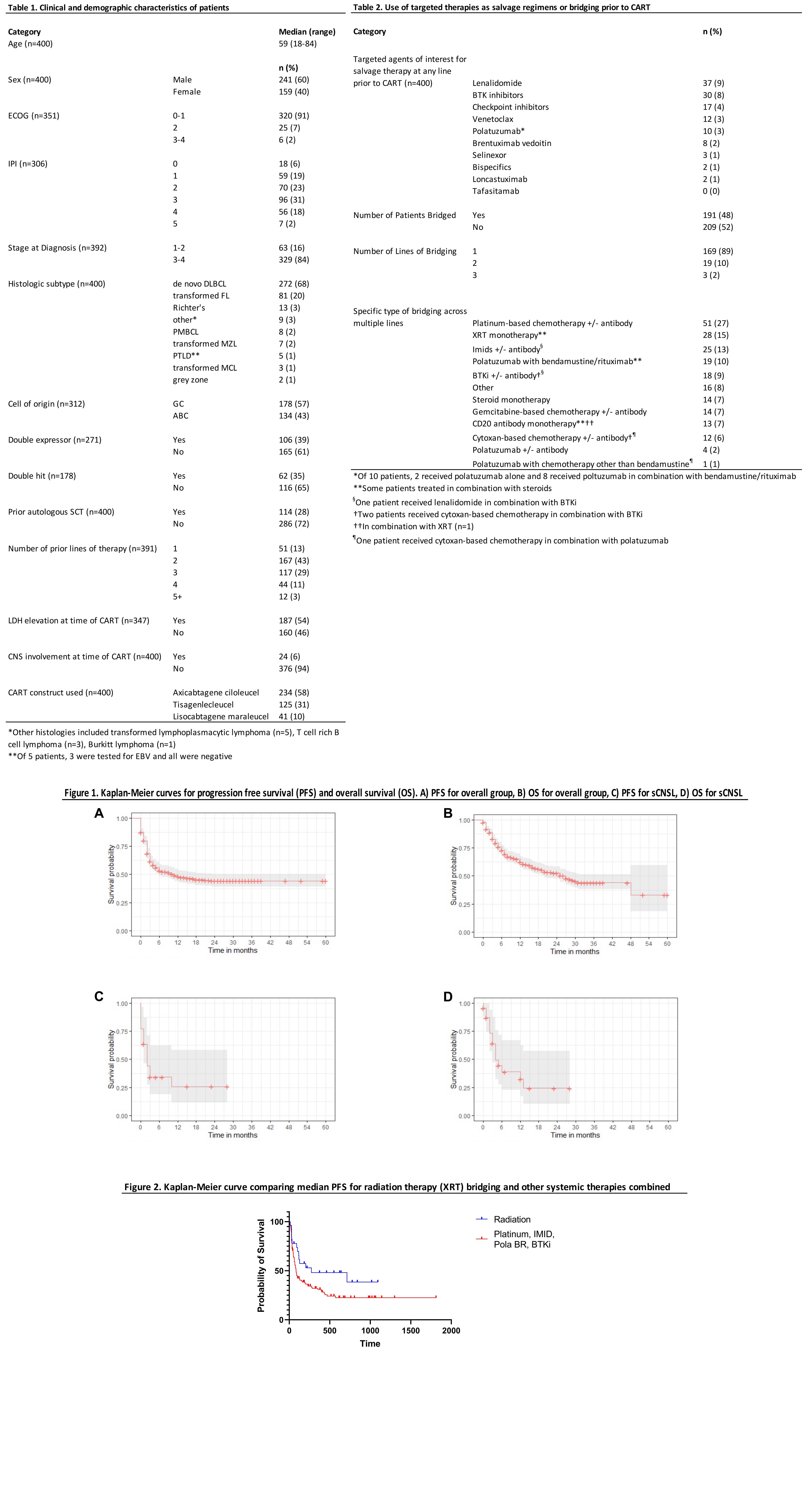